Lenders Only Ask For Family Photo As Requirement For A Loan 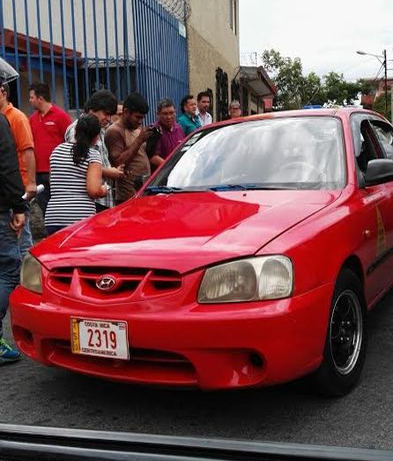 QCOSTARICA – Authorities theorize that the murder of a taxi driver in Barrio Mexico, on Thursday afternoon, is linked to money lenders with ties money laundering operations.

The Organismo de Investigación Judicial (OIJ) based their hypothesis on the alleged threats against the family.

Gerald Campos, interim director of the judicial police, said confidential information has been collected about people in different parts of the country that provide loans of large sums of money, with the only requirement to borrower provide photos of the entire family.

One case in point is the arrest of a doctor working in the Golfito hospital after being denounced by a local farmer. The OIJ says the farmer, falling behind on his payments to the good doctor, received constant threats.

In the case of the murder of Maximino Martínez Martínez in Barrio Mexico this week, OIJ homicide investigators are looking into the possibility that the murder of the 50 year-old taxi driver is linked to a loan gone bad.

The police report says Martínez had a fare and when stopped at a red light, two motorcyclists approached him, shoot him multiple times and fled. The passenger (customer in the back seat) was unharmed.  A fellow taxi driver, behind the Martínez vehicle, said he heard the shots and saw the passenger get out of the car, with a bloodied shirt, while the driver was dead. He added that the passenger had been picked up at the Pulmitan de Liberia bus station, only 500 metres from the scene of the murder.

“We have a lot of information, we are now in the process of confirming or discarding. The victim had a minor criminal history, so there is a degree of uncertainty why he was killed. What is clear is that the killer or killers went straight for the driver,” said Campos.

The Martinez family, who live in Alajuela, is keeping quiet.

- Advertisement -
Paying the bills
Previous articleCuba Preparing For Biggest U.S. Invasion Ever
Next articleIn Costa Rica, No Need To Stop For Red Light At Night

Despite the fact that COVID-19 is slowing down the...
Latin America