Li Asks For Books and iPad 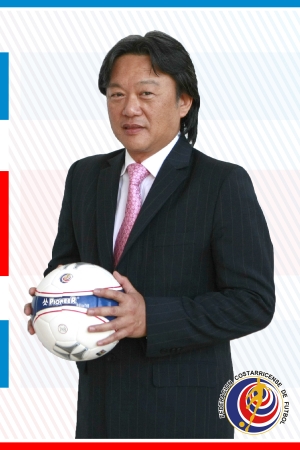 (QCOSTARICA) On Thursday more details became available in the scandal involving at least Eduardo Li, who is facing up to 20 years in a US Federal prison, if he is deported from Switzerland to stand trial in New York.

Li was arrested in Switzerland on an international warrant, in the presence of his new girlfriend, Laura Fernández, who is 20 years his junior.

Meanwhile, back in Costa Rica the Fiscal Prosecutors Office for Legitimization of Capital opened an investigation into Li’s finances with the objective of corroborating the US Justice Department’s charges of corruption.

OIJ agents were seen going into the FEDEFUT offices in the Proyecto Gol, but FEDEFUT made no declaration as to their function. The OIJ admitted that it is preparing to “seize documents” at the Federation. While the tax authorities were also in the process of investigating possible tax evasion, but were not opening a formal case as yet.

FEDEFUT did make declarations regarding Friday’s FIFA election, backing the European position of postponing the election because of the arrests made in Switzerland. If the election is held as planned, Costa Rica would not vote, instead casting a blank ballot.

Local media found a charge in the prosecutor’s filing of a deposit of $27,500 to a FEDEFUT account, however interim president Jorge Hidalgo denied that this deposit was related to any bribes, stating that it was “a perfectly normal payment of our sponsor, and we have documentation to prove it.”

In Switzerland, the Costa Rican embassy confirmed that officials visited Li in jail, verifying that his conditions are adequate and taking note of his requests for medication, several books and an iPad.

The Foreign Ministry confirmed that Li’s lawyers are bound for Switzerland, and clarified that Costa Rica is not formally involved in the process, which must be resolved according to Swiss law and treaties with the US.

Li and other detainees filed positions that they would not go voluntarily to the United States, which will prolong the extradition process.

- Advertisement -
Paying the bills
Previous articleThe text you never want to get on your iPhone
Next articleInside Traffic Group, The Little-known Company At The Heart of the FIFA Corruption