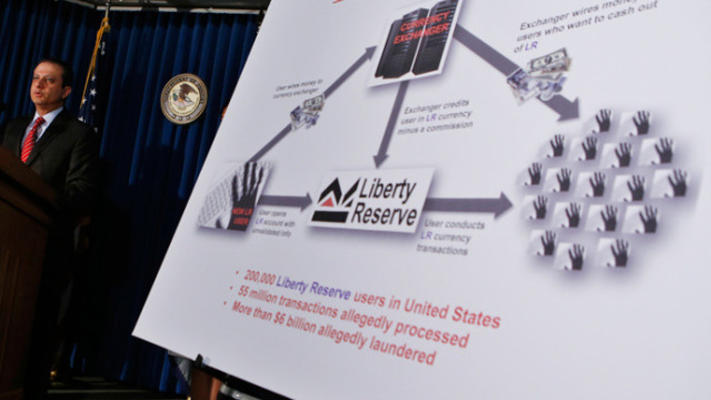 MADRID – Arthur Budovsky, founder of former Costa Rica based Liberty Reserve, and accused of the currency fund transfer business that allegedly helped criminals move money around the world has decided to fight U.S. efforts to extradite him from Spain.

In May 2013, Liberty Reserve was shut down by United States federal prosecutors under the Patriot Act after an investigation by authorities across 17 countries. The United States charged founder Arthur Budovsky and six others with money laundering and operating an unlicensed financial transaction company. Liberty Reserve is alleged to have been used to launder more than US$6 billion in criminal proceeds during its history.

Budovsky was due in court Monday after being detained last year at a Madrid airport while trying to return to Costa Rica, the home of his Liberty Reserve currency transfer firm.

Budovsky, 40, renounced his American citizenship and lived in Costa Rica, where all online businesses are legal and there are no laws regulating them.

Liberty Reserve
Based in San José Costa Rica, Liberty Reserve was a centralized digital currency service that allowed users to register and transfer money to other users with only a name, e-mail address, and birth date. No efforts were made by the site to verify identities of its users, making it an attractive payment processor to scam artists. Deposits could be made through third-parties using a credit card or bankwire, among other deposit options.

Liberty Reserve did not directly process deposits or withdrawals. Deposited funds were then “converted” into Liberty Reserve Dollars or Liberty Reserve Euros, which were tied to the value of the US dollar and the Euro respectively, or to ounces of gold. No limits were placed on transaction sizes. The service made money by charging a small fee, about 1%, on each transfer. Transactions were “100% irrevocable” Liberty Reserve also offered shopping cart functionality and other merchant services.