Living La Pura Vida: What Eight Days In Costa Rica Can Do For The Soul 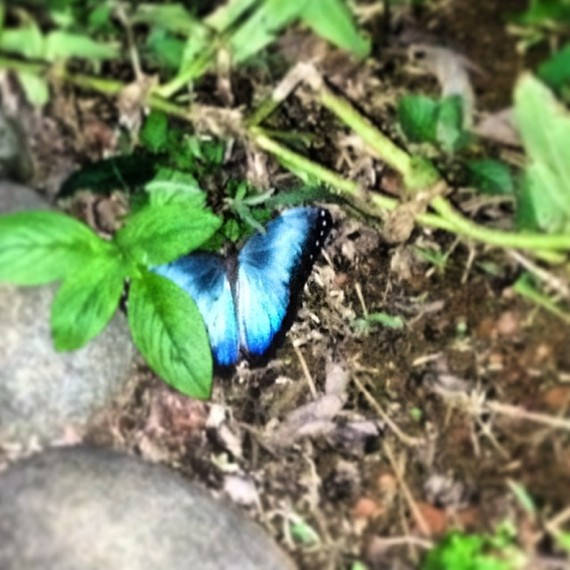 By Melissa Jun Rowley, Huffington Post – Unless Elon Musk invents a teleportal in the next 20 years, visiting different countries is the closest I’ll ever get traveling through time. I think that’s why I get so unabashedly romantic about journeying to foreign destinations. 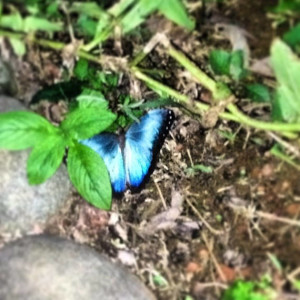 When walking through the ghost-drenched alleys of Edinburgh, Scotland, I feel hypnotized and haunted. When stomping through the high-tech streets of Seoul, Korea, I feel catapulted into the future. While traveling through Costa Rica in November, and learning about the country’s sustainability initiatives, I had a different experience. I didn’t go backwards or forwards in time. I glowed in the now, and nothing could pull me from the present — not even my over-engaged brain, or the incessantly upgraded Los Angeles and New York City lifestyle I’ve grown accustomed to over the years.

Costa Rica is one of the world’s leading sustainable tourism destinations, and often referred to as “Pura Vida.” In English, the phrase translates to pure life. However, after eight days in the country that possesses the highest density of biodiversity of any nation on the planet, I attest that Pura Vida means something much more profound, because Costa Rica can give you whatever you need if you let go and allow.

During the first three days of my trip, I attended the fourth annual Planet, People & Peace (P3) Ecotourism Conference, where speakers from 14 countries gathered to exchange ideas about the future of green economics, sustainable destinations, country branding and how to best market sustainability. On day one of the event, when sustainability specialist Julio Bin asked who in the audience worked for the planet, a small percentage of people raised their hands. By the third day, when Francisco Villalta asked the same question, significantly more members of the crowd held their hands high.

“P3 is really about bringing together world thinkers and letting them just hear the ideas and experiences of others,” said Glenn Jampol, President of CANAECO (Costa Rican National Association of Ecotourism). “Hopefully we’ll have a broader knowledge of sustainability afterwards. It’s akin, to me, to a poetry jam session, where you just get to hear everyone’s poetry, and you leave feeling like you want to write some more.”

After a series of presentations by experts, such as journalist and author, Elizabeth Becker, ecotourism pioneer, Tamara Budowski, Director of the Latin American Center for Competitiveness and Sustainable Development, Lawrence Pratt, and others, it became clear to me that authentic sustainability is about balance of heart, mind spirt and business. One facet does not function properly without respect to the others.

During his speech, Francisco discussed the importance of entrepreneurs asking why they start businesses in the first place. 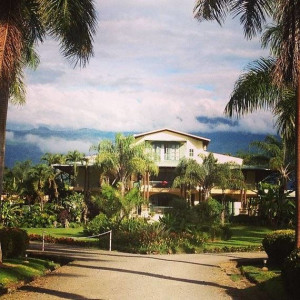 This question struck a chord in my chest that vibrated throughout my entire stay in Pura Vida. Why did I become a journalist? Why was I living a bicoastal life, spending most of my time either running through the streets of Manhattan, or sitting in traffic on the gridlocked highways of Los Angeles? Why was I in such a rush, and for what? Was I even getting anywhere?

After three full days of P3, the Costa Rica Tourism board escorted a group of travel writers and me to a number of beautiful destinations, focused solely on sustainability. Upon arriving at Irazú Volcano, the open air began to fill my lungs. Hours later when we reached Casa Turire, which is bordered by La Angostura Lake and the Turrialba mountains, layers of city life began to shed from my psyche and spirit. Of course, having a full day away from my laptop sparked this transition, but it was the care and attention to detail put into making the establishment a sustainable hotel that solidified the deal.

The Costa Rican Board of Tourism grants Touristic Sustainability Certificates (TSC) to companies based on the evaluation of four aspects of a business. These include the following:

Evaluate the interaction between the company and environment, interesting policy implementation and sustainability programs, environmental protection, and others.

Evaluate aspects of the systems and internal processes of the company, mainly of waste management and cleaner technologies for saving water and electricity.

Evaluate the actions taken by the hotel management to invite the customer to understand and participate in the implementation of sustainability policies of the company.

Evaluate the identification and establishment of interaction with communities, analyzing the degree to which tourism businesses respond to the growth and development of the region through job creation or gains for the communities.

During this leg of the trip, I thought about a conversation I had with Glenn Jampol right after the conference.

“I’m a huge fan of anyone who wants to do this [ecotourism], and I love to share and help,” he said. “We’re the leaders. We’re the people who pioneered this idea in its practical form. Eighty percent of our country’s hotels have 21 rooms or less, and they’re still surviving, which is really against all the rules of the Cornell School of Hospitality.”

After a short stay at Casa Turire, my group and I traveled on to EARTH, a private, international university offering an undergraduate program in agricultural sciences and natural resources. The campus is 100 percent CO2 free. Next, we ventured to Finca Suria, an organic farm, run by a local family — possibly my favorite part of our expedition. I fell in love with a Morpho butterfly and a pig named Mathilde that day.

On the final day, we basked in hot springs heated at the foot of Arenal Volcano in the town of Fortuna. It was here that everything came full circle.

The chord vibrating in my chest began to shift. Why did I start my business? Why did I become a writer? Why was I traveling so much? The answers have always been to connect, to learn and to grow. In the midst of a chaotic schedule and the noise and pressures of the big city, I had lost sight of that. I had built up so many walls to keep the commotion out, that I’d inadvertently closed a number of other passages, as well — the ones that kept me centered and at peace. Being in Costa Rica, meeting change makers there and reconnecting with mother Earth, opened me back up to my purpose, and expanded it even more. Balance, gratitude and peace of mind — that’s was Pura Vida means to me. It’s really the best of all worlds.

We all work for the planet. What good will you do for Earth today?