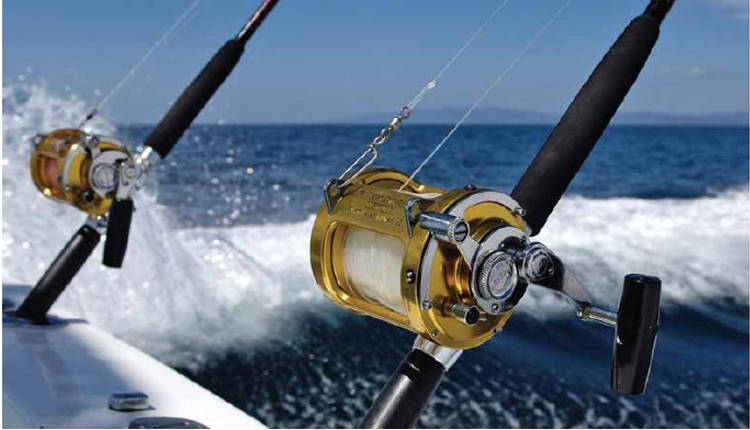 Press Release – The 2014 ‘Olympics of Sportfishing’ will be held in Quepos, Costa Rica for a second year in a row. Marina Pez Vela is proud to again host next year’s Offshore World Championship – the globe’s largest and most anticipated international deep sea fishing competition. 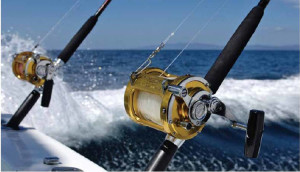 The tournament is scheduled to run from April 6 -11, 2014, offering seasoned anglers four action-packed days to win the coveted first place title for the largest number of record-setting game fish caught and released. April is a prime month for boating blue, black and striped marlin, Pacific sailfish and swordfish off the calm waters of Quepos – situated on Costa Rica’s lush Central Pacific coast.

The IFGA Offshore World Championship began 14 years ago, and has steadily grown into one of the most celebrated sportfishing events, held in several world-class destinations including Cabos San Lucas, Mexico and Hawaii. “This tournament has definitely put Quepos on the international sportfishing radar, and highlighted the wonderful tourist attractions of nearby Manuel Antonio” says Sara Hopkins, spokesperson for Escape Villas Costa Rica vacation rentals. Hopkins says that Manuel Antonio villas and beach rentals have been snapped up by those who plan to make the tourney the focal point of their vacation. “Once the announcement was made and dates confirmed for the 2014 championship, our bookings shot up considerably, as our portfolio of rentals really suits this market” adds Hopkins.

Bonnier Corporation Marine Group, which organizes the Offshore World Championship, found that Quepos offered all the essential elements for such an acclaimed event, including a revamped marina with state-of-the-art facilities, epic offshore fishing, and ample choices for quality accommodations in the area. The coastal port has long been renowned as one of Costa Rica’s fishing Meccas, where anglers can pull in tuna, wahoo, roosterfish, cubera snapper, mahi mahi and billfish just about any month of the year, though December through April mark the peak season for landing marlin and sailfish.

Anglers and guests at this year’s event can enjoy sophisticated amenities at Marina Pez Vela, which is finishing construction on several waterfront restaurants, shops and galleries, all overlooking the glorious Pacific Ocean. Future plans for the marina intend to enhance the visitor experience, with additions like a pampering spa, boutique hotel and personal concierge services. While Quepos has its share of tourist offerings, neighboring Manuel Antonio remains one of the most popular beach vacation destinations, tempting travelers with its powdery white-sand shores, sublime sunsets and thrilling eco and adventure excursions.

Last year, one Escape Villas vacation rental guest who took in the 2013 Offshore World Championship said he managed to please the whole family with their vacation plans. Johnny Clarkton of Fort Lauderdale, Florida says his wife and kids enjoyed a week of nature tours, zip-lining and beach-side fun, while he and his buddies cast a line and watched the action unfold offshore. “We stayed in a private, ocean view villa on the outskirts of Manuel Antonio and the location and convenience couldn’t have been more perfect,” commented Clarkton, who plans to return in April and purchase one of the tournament’s non-angler participation packages that allow entry to all social functions, including a gala awards dinner party on April 11.

While the exact number of participating teams for this year’s affair is still unclear, the 2013 tournament included 65 teams hailing from around the globe. Records were set by the 300+ participants, who caught and released 821 billfish, including 811 sailfish and ten marlin. The tourney spotlights the “best of-the-best” anglers, who battled their way through more than 120 qualifying competitions just to enter the championship. Featuring international media coverage, this year’s competition is expected to draw record crowds. For many participants and attendees, free time will be spent exploring the thrilling sights and attractions in and around Manuel Antonio, such as its award-winning national park.

“We are so excited about the 2014 Offshore World Championship,” says Sara Hopkins, “and proud to play a small role in the event by providing comfortable accommodations for participants and guests who want to be close to all the action.” For more information about our Costa Rica rental properties, please visit http://www.villascostarica.com/.

- Advertisement -
Paying the bills
Previous articleLiving La Pura Vida: What Eight Days In Costa Rica Can Do For The Soul
Next articleRain, Winds And Cold Grip Central Valley and Caribbean

QCOSTARICA  - The 200 years of the Independence of...
Economic Recovery