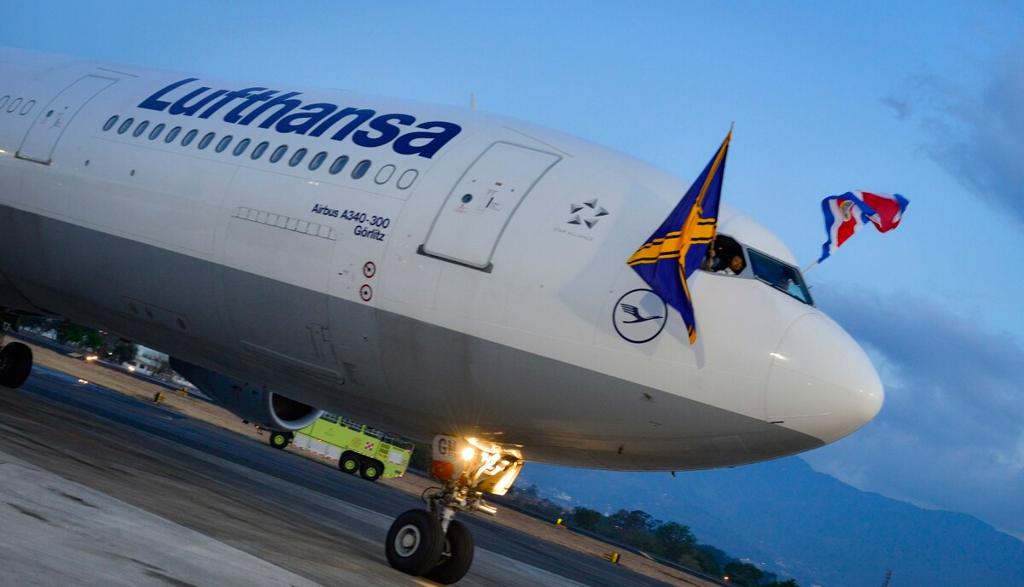 Through a press release, the company reported on Wednesday that the operation will continue with the 2 weekly flights – at least –  until next October 24.

Lufthansa’s first flight since March will arrive this Wednesday at 6:10 pm Costa Rican time. The flight will then turn around for the flight back to Frankfurt on Thursday.

Lufthansa explained that the flights will be on Wednesdays and Saturdays:

“The resumed route will arrive in San José on Wednesday, August 5 and will take off from San José on Thursday, August 06, using an Airbus A340-300 with a configuration of three classes: Business Class, Premium Economy and Economy,” the airline said.

Costa Rica is the first flight the airline resumes in the region. However, the airline says it is confident that from this decision new air connections between Europe and the Americas will be added.

“The return of our operation to San José is undoubtedly a great vote of confidence and leadership. We highlight the early measures taken in the region in favor of the resumption of tourism, we are sure that with the support and constant evaluation of the measures necessary by the Government and, in coordination with the tourist actors, we now have a safe operation that will generate confidence in passengers and citizens,” said Daniel Serrano, Lufthansa manager for Central America and the Caribbean.

Although the airline did not confirm the passenger count for Wednesday, it is expected to be similar to Monday’s Iberia flight from Madrid, Spain, the first to bring foreign tourists after the reopening of Costa Rica’s international airports.

Though the requirements to enter Costa Rica have been well publicized here and other media, it is important to review them:

What of leaving Costa Rica?

TODAY NICARAGUA – “The Nicaraguan delegation has been able...
News