Lunch On A Banana Leaf 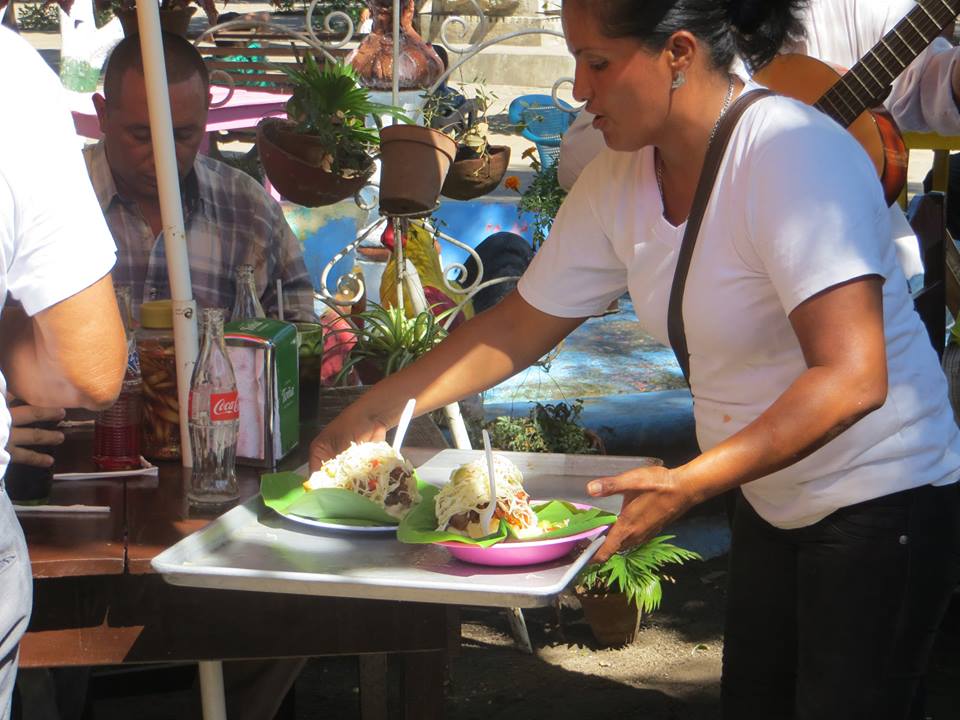 Here is a story I wrote about this place last year, Lunch on the Plaza. We have mentioned before that Granada, Nicaragua is a popular excursion for international expats living in Costa Rica. Many North Americans are required to leave Costa Rica every 90 days, and Granada is a top choice.

One of the big attractions of Granada is the food. Compared to Costa Rica the restaurants are less expensive. But it is not just low prices that draw visitors; Nicaragua has an abundance of excellent seafood, and many believe that Nicaraguan beef is far superior to Costa Rican.

If you are a little adventurous, you should would try lunch on the Central Plaza in front of the picture-perfect yellow Cathedral de Granada. Here you will eat like a local working-class Nico or Nica. It is casual dining that is fun, colorful and delicious. 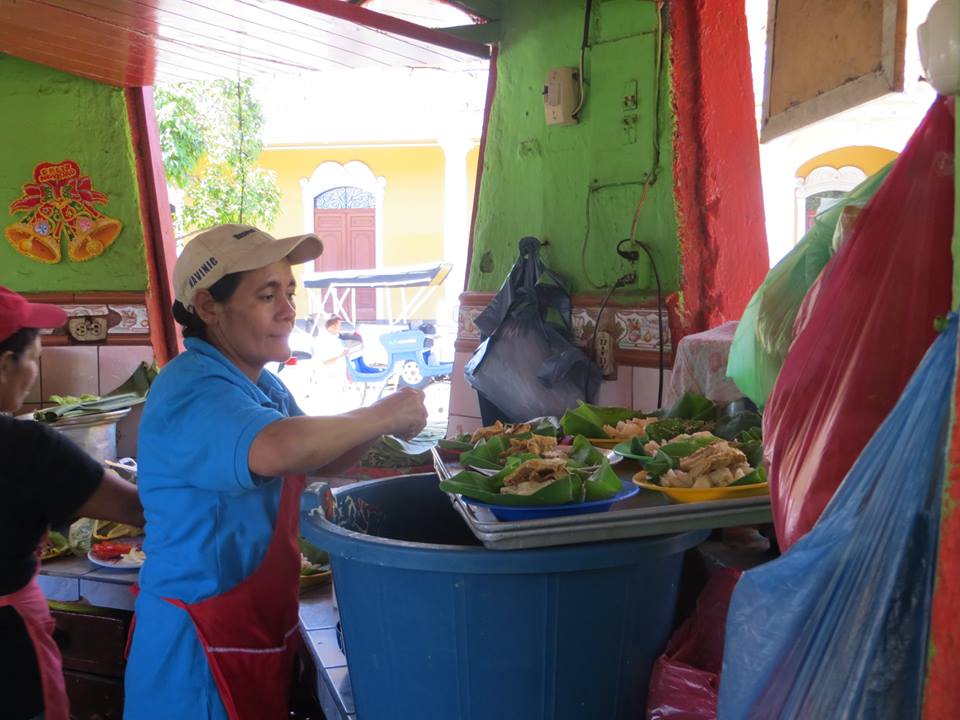 You can grab a table under the laurel-de-india trees next to a small pavilion called Kiosko el Gordito (The Fat Little Kiosk). From your table you will hear the clop-clop-clopping of the horse-drawn carriages as they go by and you can watch local women walking with preposterously large loads perfectly balanced on their heads.

There are a limited number of selections offered at the Kiosk, but they are all tasty and filling comfort food. A popular dish has chunks of beef with potatoes and yucca, and a tangy salad made of cabbage, carrots and bell peppers spread over the top. All of this is served on a banana leaf. Along with a glass of juice from local berries, lunch came to less than $5 (US).

We are not sure, but there may be a law in Nicaragua, that says you are required to shop while you dine. If it is not a law, it is certainly a well observed tradition. (Even in high-end restaurants, people will wander in and come up to your table to try to sell you things.) 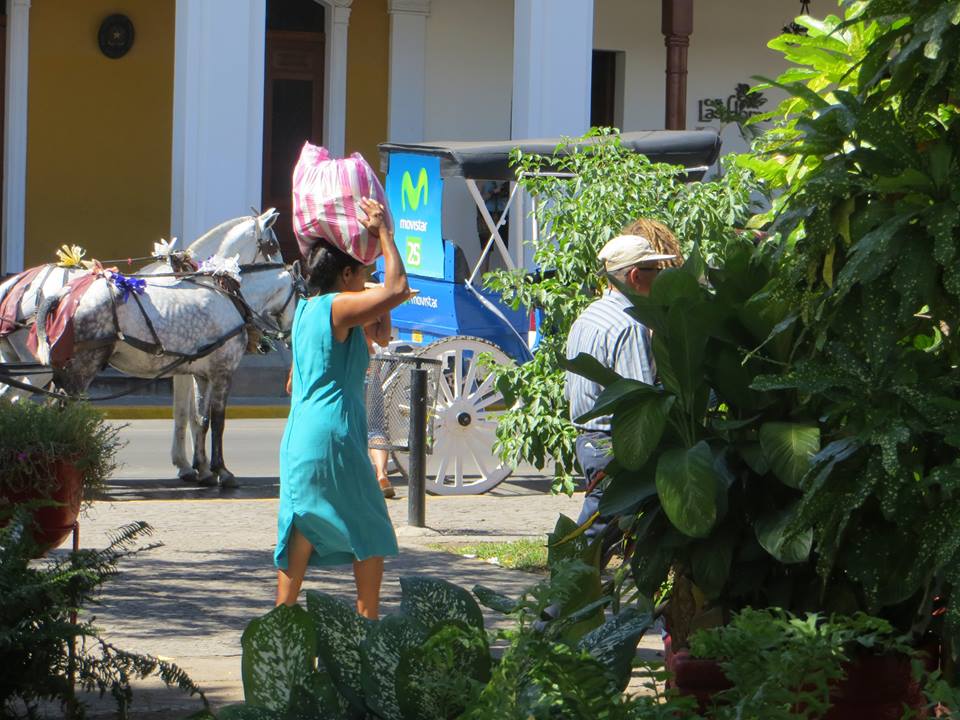 Here at this open-air kiosk, where there are virtually no restraints, you can expect to be approached by all kinds of sales people. (For the record, no one tried to sell us anything illegal.) One lady had a tray of home-made candies and pastries. A gentleman approached us with bags of locally grown cashews. One guy walked up to our table with a display rack of over a hundred varieties of sun glasses. Another man sold hats, dozens of hats.

Of course, there are also people who will provide music. For a small fee you can be serenaded by two gentlemen with a guitar and a portable xylophone.

The Kiosk is quite popular and its small staff and tight little kitchen feed hundreds of people a day, weather permitting. Just watching as they produce and serve all those meals is part of the fun.

Whether you decide to eat like the locals, or you choose a great steak at one of the city’s more up-scale restaurants, it is easy to see why Granada, Nicaragua is becoming known for its food.