Magma Can Take ‘Highway From Hell’ to Fuel Volcanic Eruptions 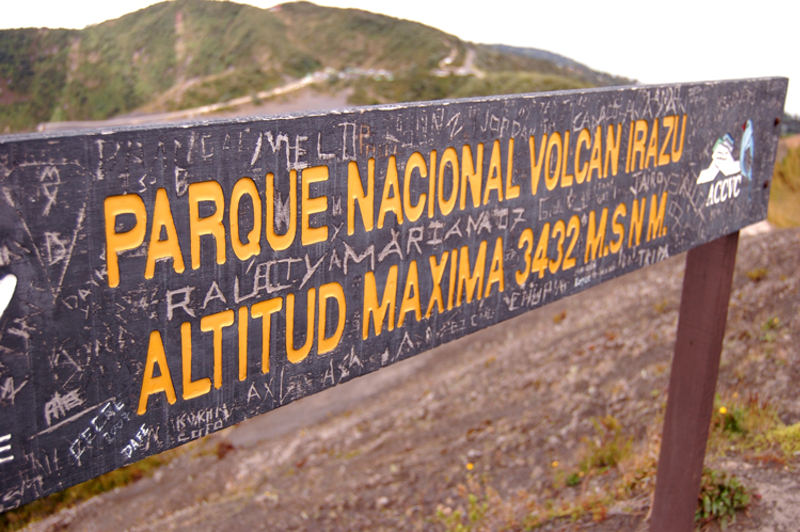 Reprinted from the Los Angeles Times article by By Melissa Pandika, August 1, 2013.

Magma from deep within the Earth’s mantle can surge through a volcano in a matter of months rather than thousands of years or more, as previously thought, according to a study published Wednesday in the journal Nature.

The molten lava that erupts from volcanoes comes from the mantle, the portion of the Earth that lies between the core in the center and the crust on top. It periodically pumps hot magma into a volcano’s magma chamber, filling it from below.

Scientists believed that these pulses of magma mixed together in the chamber before climbing upward — a process estimated to take several thousands of years.

But Columbia University volcanologists found that the eruption of Costa Rica’s Irazu volcano in 1963 was likely triggered by magma that took a nonstop route from the mantle over just a few months.

The finding suggests that magma can spark an eruption relatively quickly — a potentially important factor to consider when forecasting volcanic activity.

“There has to be a conduit from the mantle to the magma chamber,” study author and Columbia University geochemist Terry Plank said in a statement. “We like to call it the highway from hell.”

To further investigate how magma fuels Irazu’s eruptions, Plank and her colleagues examined crystals in the ash from the 1963 eruption. As magma rising from the mantle cools, it forms crystals that reflect the conditions in which they formed, offering clues about the magma’s path to the surface.

Ruprecht and his colleagues examined olivine, the first mineral element to crystallize from mantle melt. That choice allowed them to pinpoint when the magma began its ascent. A handful of the crystals had discrete zones with various concentrations of nickel — an element commonly found in the mantle — indicating that some of Irazu’s magma had erupted from the mantle fairly recently.

Using a mathematical model, the researchers then calculated that the magma took roughly six months to shoot up 20 miles from the mantle before bursting through the surface in 1963. (The eruption lasted until 1965, releasing ash and steam but not lava. To see what it looked like, click through the photo gallery above.)

“Not every volcano operates on this mode,” he said, but high-speed magma may be common in similar volcanoes. He and his colleagues have observed the phenomenon in the Aleutians, a chain of volcanic islands off the coast of Alaska. Like Irazu, the Aleutians are large and sit on the Pacific Ring of Fire, where oceanic crust is slowly sinking beneath the continents.

Other scientists have also linked fast-moving magma with major volcanic events, pointing to the deep underground earthquakes weeks before Mt. Pinatubo erupted in the Philippines in 1991 and Iceland’s Eyjafjallajökull volcano erupted in 2010. However, further research is needed to conclude that fast-moving magma causes large-scale eruptions, said Kari Cooper, a volcanologist at UC Davis who was not part of the study.

Scientists may be able to apply the techniques used in the study to forecast future eruptions. Chemical analysis of ash could offer insight into volcanoes’ long-term behavior, complementing the seismic measurements already being used to gauge their current state, Cooper said; volcanoes “tend to do what they’ve done in the past.”

- Advertisement -
Paying the bills
Previous articleFalling Ash? Costa Rica Has Lived Through It Before: The 1963-65 Eruption of Irazú Volcano
Next articleYoung Couple Arrested For Death Of Their Two Month Old Baby

QCOSTARICA - The party for 200 years of independent...
Infrastructure