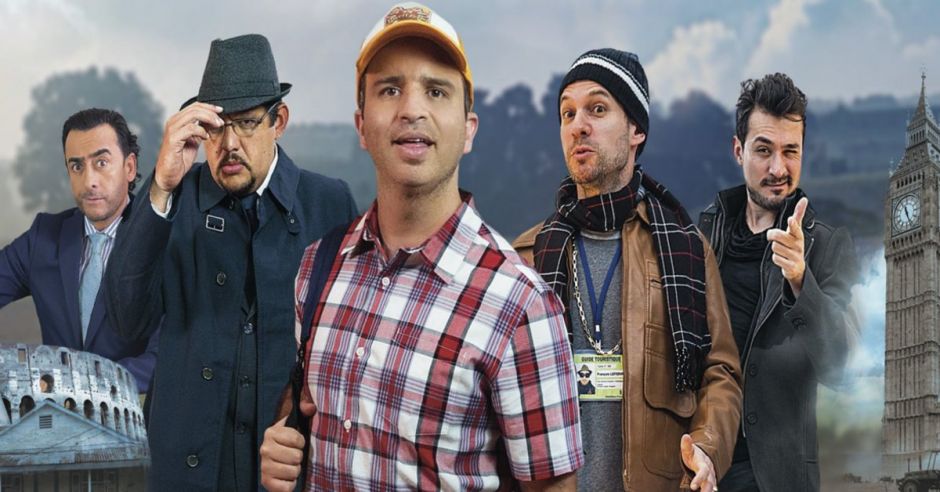 The comedy group La Media Docena has made the movie “Maikol Yordan de Viaje Perdido” available to its followers through its YouTube channel. And for FREE.

The personalities of the group have also developed some videos with messages to encourage the population to protect themselves from Covid-19.

“Maikol Yordan de Viaje Perdido” (“Michael Jorand on Lost Travel) is a family comedy about the adventure of a Costa Rican peasant (Mario Chacon), when faced with the prospects of losing his farm, embarks in a journey to Europe to raise enough money to pay his debts meeting new acquaintances, lost relatives and himself.

When the family farm is about to be sold by the evil banker G.F. Malavassi (Adal Ramones), in order to raise money to pay the debt, Maikol, a naive and good-natured Costa Rican farmer, takes part in contests and wins a journey to Europe – London, Paris and Rome – where his big adventure begins.

The film was released in 2014, filmed on locations in Costa Rica, Mexico, England, Italy and France.

The film became the most-watched Costa Rican film in history.

Watch it right on the Q while it’s still available for free on Youtube.

- Advertisement -
Paying the bills
Previous articleStay At Home: Craft Breweries Will Deliver You Your Brew
Next articleThe Fearsome March of 1920: A Century Ago, Costa Rica Faced Another Pandemic