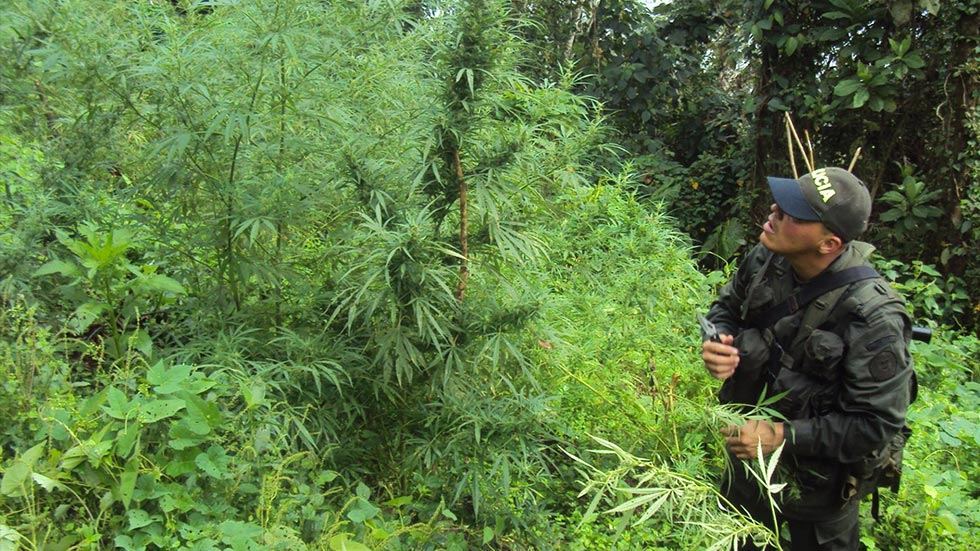 Marijuana used to be “the weed that kills” in Colombia anti-drug ads on TV, but not anymore. Following the legalization of medical marijuana, the country seeks to legally export derivatives of one of the world’s most popular drug.

But the government’s favorable attitude towards marijuana is something relatively new.

The drug has been smoked and traded in Colombia for decades, and — thanks to the drug being illegal — helped the rise of Colombia’s first drug cartels in the 1970s.

The country’s repressive policy came under fire during the presidency of former President Alvaro Uribe (2002-2010) when the Supreme Court decriminalized the drug, much to the dislike of the conservative president, who consistently tried to implement laws that would make the carrying of marijuana criminal.

Marijuana, like coca and poppy, was considered a “weed that kills” as the production of most of Colombia’s drugs, including marijuana, was controlled by illegal armed groups, in particular the FARC, Colombia’s largest rebel group.

All this changed when Uribe left office, making place for the current President Juan Manuel Santos, who was unafraid to admit he too smoked pot while studying in the United States.

Since then, and again to the dislike of Uribe, Santos began to radically relax drug legislation, seeking to approach domestic drug use as a public health rather than a public security issue.

To curb international drug trafficking, Santos urged the international community to rethink the hardly successful “War on Drugs” waged under the leadership of the United States.

Back home, Santos supported efforts by the Liberal Party to legalize the drugs. Members of Santos’ own U Party even sought the absolute legalization of marijuana, but to no avail.

While Congress was still debating the issue, the Santos administration moved ahead and issued a decree that would allow the legal production and sale of marijuana for medical purposes.

The new rules represented “a major step that put Colombia at the vanguard and forefront of the fight against illnesses,” Santos said during the signing ceremony for the presidential decree.

Congress followed and passed a bill legalizing medical marijuana months later, pushed by the Supreme Court that upped the number of marijuana plants that can be grown legally to 100.

While Congress was still debating the issue, the Santos administration was already beginning to seek benefits for the treasury that has suffered from a major drop in global oil prices.

Additionally, as the country sought a peace deal with the FARC, the government needed employment opportunities for coca farmers.

Or, as the health minister put it, “Colombia could be the winner of this emerging global market for medicinal marijuana.”

“It’s a challenge and chance to change the image of Colombia to one that grows weeds that heal and cure,” Federico Cock-Correa, chief executive of PharmaCielo said.

And with that comment, marijuana stopped being the “weed that kills” in Colombia.

More on Colombia at TodayColombia.com