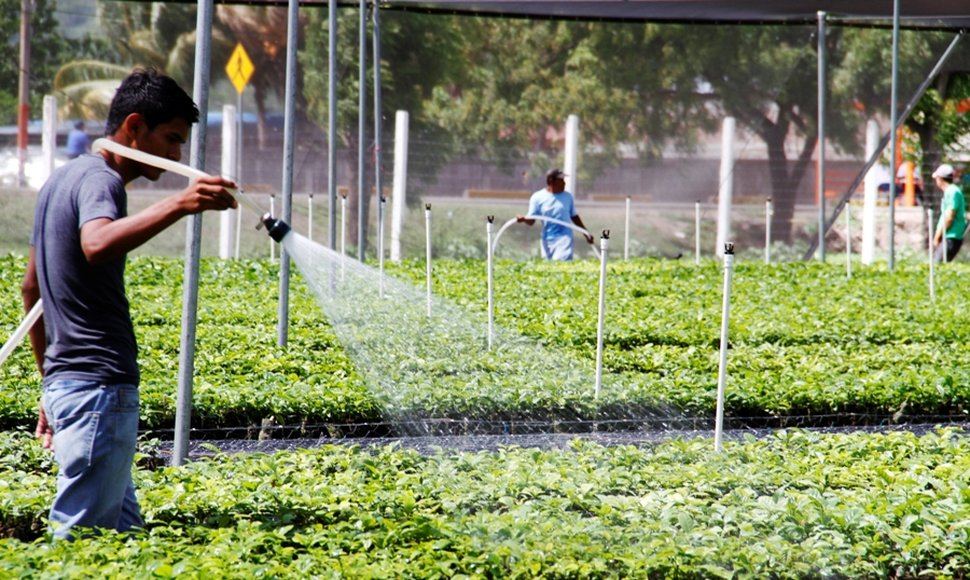 Irrigating the coffee plants to be sold to producers in the country. Photo Oscar Sánchez, El Nuevo Diario

A subsidiary of Mercon Group is preparing to produce more than 10 million coffee seedlings per year to meet demand from local producers.

In partnership with the Guatemalan company Pylons Antigua, the company Transplanta, belonging to the Mercon Group, began operating a nursery with 25 thousand square meters under shade in Sebaco, where it plans to produce more than 10 million coffee seedlings per year.

The company “… cultivates in biodegradable paper bags, which disintegrate in the ground after six months, instead of the traditional black plastic bag.”

José Antonio Baltodano, president of Mercon told Elnuevodiario.com.ni that “… this new technique used to produce gold grain seedlings is environmentally friendly, because every year in Nicaragua more than 30 million plastic bags are used in coffee nurseries which then pollute the environment … “.

“… Depending on the plant, the price of each unit will be between 25 and 30 cents, Staackmann said. ”

- Advertisement -
Paying the bills
Previous articleMarijuana in Colombia: From ‘the weed that kills’ to ‘the weed that cures’
Next articleUS accuses Venezuela of complicity in human trafficking