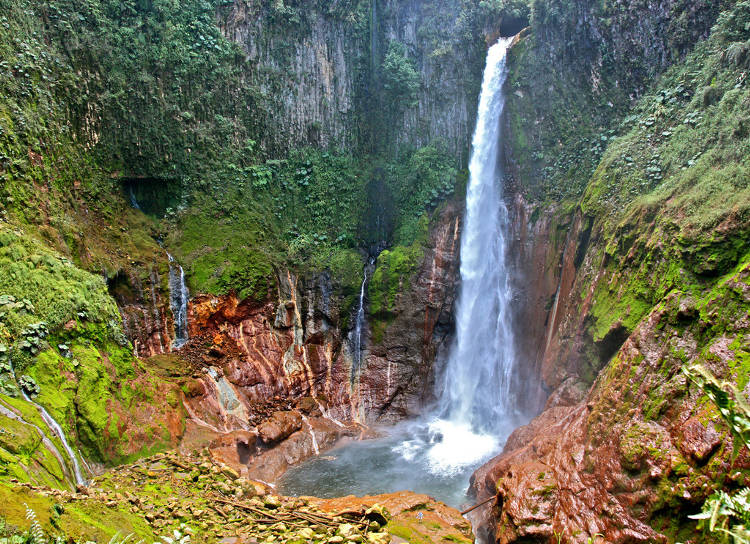 Mashable is a British-American news website, technology and social media blog and has been described as “one stop shop” for social media with over 3,200,000 Twitter followers and over 1,000,000 fans on Facebook.

Mashable says the allure of travel is novelty — in culture and history, or in cuisine and even shopping. While some globetrotters have a favorite destination to which they frequently return, becoming something of a seasonal local, most often travel is used to visit a location for the first time.

Costa Rica is a popular destination for both surf and yoga retreats. The busy season coincides with winter in the U.S. and Canada, and is also Costa Rica’s dry season, making its beaches more hospitable. Expect to see lots of families traveling together over winter or spring breaks.

Earlier this year, Travel & Leisure released its list of World’s Coolest Surf Towns and Best Beaches on Earth, and Costa Rica earned spots on both lists.

Also last month, the renowned international magazine, “Condé Nast Traveler”, published on their website a list of the “15 Best Resorts in all of Central and South America”, chosen by its readers, and in which Costa Rica stands out with six of the resorts located throughout the country.

And, the famous online magazine, Travel to Wellness, published a list of the 10 best locations in the world for yoga and relaxation trips, in which Costa Rica occupies the first two privileged spots in the world ranking.