Q COSTA RICA NEWS – Without a motive or a suspect, the Organismo de Investigación Judicial (OIJ) is working on putting together the pieces of the puzzle of what could have led to the murder of five people and the serious injury of another in a house in Liberia, Guanacaste.

The alert came at 6:30am Thursday. Inside, the Cruz Roja (Red Cross) reported five bodies – three men and two women – dead from fatal wounds to the neck and one survivor, a young girl, 14 years age, rushed to hospital with a serious wound to the neck.

The young girl underwent surgery and is currently in intensive care,  battling for life. She is under police protection.

At least three of the victims were students at the Universidad de Costa Rica (UCR), living together in a house their rented in barrio La Victoria.

The victims were three women and two men. Four of the victims were identified as Dayanna Martínez Romero, Stephanie Hernández García, Ingrid Massiel Méndez Serrano and Joseph Briones Solís. The fifth has yet to identified, being that he did not live in the house. All the victims were between 20 and 25 years of age.

Information released through the press office of the OIJ, it appears all the victims were found in one room of the house. There is no sign of a break in or theft.

“There was no forced entry. Nothing was stolen. They are young people who were not absolutely involved in anything, at least that is what the neighbours tell us … these were people who did not party, did not cause scandals. They came home from the university, they didn’t go out and now were on summer break,” said the Assistant Public Prosecutor of Liberia, Ricardo Quirós Vargas.

Quirós explained that based on an audio recording allegedly sent by one of the victims, the presumption is that only one person may have perpetrated the killing.

“It must have been around 2:00am (this Thursday) based on the time the audio (message) was sent. She says, ‘sir you are not going to do anything to us’, referring to one person. One person against five. It is not known if they were armed (with a gun)…but all (the victims) were killed with a blade…all had stab wounds…I don’t know if it was for being young or what…but if he already killed one, why didn’t the others confront him…,” said the Prosecutor to Nacion.com. 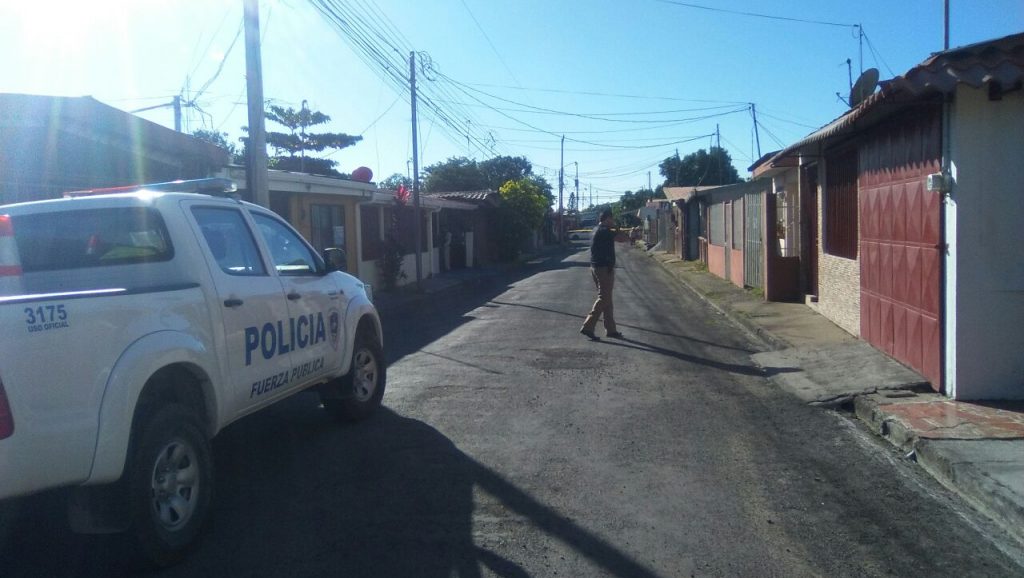 In a report by Crhoy.com, the audio message said “please, don’t hurt me”. Apparently it was sent to a woman who heard the message in the morning, told her husband, who called 911 and then went to the neighbouring house, finding the young girl wounded and bleeding profusely.