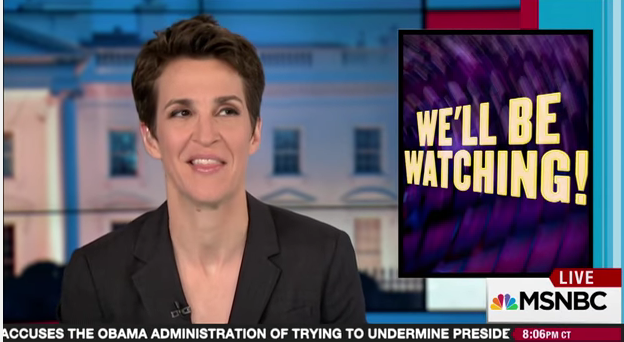 QBLOGS, by Rafael Stumbo Tarasco, guest columnist –  You may not know this, but Costa Rica is a nation of immigrants.  When I first got here 25 years ago the major foreign influences were first and foremost American Fruit, followed by Pepsi & Pizza Hut, Coca Cola & McDonald’s.  Intel had not yet set up shop.

It was in the late 1970’s that the CIA established several clandestine airstrips in the northwest part of the country to support the Contra effort in Nicaragua.  The thought of a Sandinista government was horrific to the North American sensibility and the idea of Socialism in a country friendly with both the then Soviet Union and Cuba was enough to send shivers up the spines of GMO farmers in Indiana.

The 1970’s was also the time that the CIA cranked up its cocaine smuggling operation from Colombia across Central America and on to California where “Crack” was born. Well documented history points to Ronald Regan’s paranoia of Communism and his need to illegally finance the overthrow and ultimate destruction of Iran.  It was an opportunity to crank up the steam powering the Military Industrial Complex and a war-time economy produced an economic boom in the U.S. To be sure, Atlas shrugged.

Corporate greed, banking deregulation, fiscal irresponsibility and corruption were all taken to a new degree by the likes of Enron, and an epic Savings and Loan Crisis was just around the corner. Slogans like “Greed is good” were on the lips of every Wall Street robber baron and real estate swindler who had learned his way around U.S. Bankruptcy laws.  What better way to make the rich richer than war?  Since the French Revolution, the incestuous Rothschild banking clan has financed both sides of every conflict on the planet. The proof is in the Federal Reserve pudding.

In 1971 Richard Nixon declared a War on Drugs.  It was a money-maker from the get go.  Ronnie Regan took it all to a new level.  The U.S. maintains no less than 8 military bases in Colombia financed with U.S. tax dollars.  If the intention was truly to stop the flow of untamable contraband from South America at the source, the means are in place.

Doing so under the guise of a New World Order in need of cash would be out of the question.  It all seems like a set-up for something bigger and in fact that is exactly what it is. For a populist hero to arise there first must be a bad guy.

For fifty-seven years Fidel Castro played the role of villain, but even the most diabolical of bad guys can’t live forever.  Sure, there was Mikhail Gorbachev but it was Yuri Andropov who perhaps inspired President Regan to coin the phrase “Evil Empire” in 1983.  At this point in my rant, an aficionado of history might ask where Vladimir Putin was while all this was going on.   He was working his way to the top of the then KGB (now FSB) waiting for his opportunity to draw and quarter the first president of post Cold War Russia, Boris Yeltsin.  Of course, it was Yeltsin who named Putin to the head of the FSB.  Imagine that?

So now what have we got?

We have got Vladimir Putin president for life of Russia and possible holder of sex tapes stating “the best prostitutes in the world” entertaining the new Commander-in-Chief of the Free World, none other than the populist playboy and water sports enthusiast, the Vulgarian himself, Donald J. Trump. 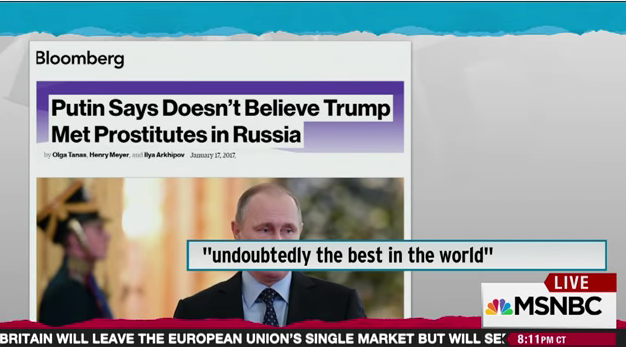 It wouldn’t be the first time Mr. Putin has played the blackmail card.   Personally, I couldn’t care less who Trump likes to take snorkeling.  What I do want to know is how much money he owes Little Russia mobsters from Brighton Beach in New York. You know these guys are kicking back something to Big daddy Putin.  There is not a bank in the continental U.S. that would issue Donald J. Trump a credit card, so how is he floating the boat? I wonder what light his Federal Income Tax Return could shine on the subject.

In the history of the world there has been no Authoritarian world leader who could rule over the minions without invoking the mystical powers of some imaginary being.  The simple-minded TV reality show watching public tend to respond well to this type of stimulation.  Such great historical monsters as Adolph Hitler were affiliated their entire life with organized religion.  Hitler was a Roman Catholic and he did in fact have the Vatican, the Pope and The Pope’s Army, if not minions on his side.

The Vulgarian Trump has the bible thumping creationist Mike Pence on his side and creationism certainly does appeals to the lowest common denominator.  It was in fact the lowest common denominator that swept Trump through the Electoral College, and let me say this just once; the U.S. election results are the fault of the arrogance of those of us who believed that our candidate (Bernie or Hillary) just couldn’t lose.  They could lose, and they did with or without the help of wikileaks. Get over it.

So what does all of the above commentary on the history of western civilization have to do with Costa Rica being a country of immigrants? Let’s start with the Duty Free Zones of Costa Rica.  North American and European companies employee about 98,000 people in Costa Rica. Why?  Because if you manufacture in Costa Rica, do your assembly in Costa Rica or do your Customer Service in Costa Rica these corporations can provide their product at a price that the North American consumer is willing to pay.   The average salary for these skilled jobs is $8USD an hour here.  U.S. businesses are complaining about paying a minimum wage of $15 an hour for unskilled labor.  Bring jobs back to the U.S. you say?  You do the math.

Costa Rica over the last 25 years has become a microcosm of the United States.  Not so much a protectorate as Puerto Rico, but more of a stepchild that does the dirty work that the legitimate children or in this case the 50 states won’t do. Robert Vesco found his way here in the late 1970’s followed by North American online casinos, sports books, loan sharks and yes the Chinese and Russians.

The gold rush was on. What could go wrong?  The Central American Free Trade Agreement has proven to be bad for everyone involved except of course the United States. NAFTA predicted the bad end when Mexico finally realized they were getting the short end of the U.S. stick.  Still racism, religion and prime time TV have convinced the average American voter that a Great Wall between Texas and Mexico is the solution to their international trade woes…with China!  Moreover, who better to build said wall than a real estate mogul well versed in construction and bankruptcy?

A more perfect storm never was.

Yes, Costa Rica has become a country of immigrants and we are all better off for it.  Today I had a café with a group of long time expats here representing countries including Bolivia, Nicaragua, France, Germany, Italy and New York.

I euphemistically refer to New York as a country only because it is the ultimate melting pot and the place that first made America great, and by its diversity keeps it so. Yes, America is great by virtue of its birth and continues diversity.

None my coffee clutch pals had anything to do today, and some of us are prone to speculate.  The Italian was musing about a move to Albania.  Yes, Albania.  Why Albania, asked the Frenchman.  It’s cheap and you can start a business there in 60 days.  You haven’t started a business here in 8 years, said the Frenchman, what makes you think you will start one anywhere else?  And if you do, there is a good chance that the Russians will roll tanks over you on the day of your inauguration.

I haven’t done a damn thing in about a year, said the New Yorker.  You can do that here and get away with it, said the lady from Nicaragua.  Everyone agreed it was true.  Costa Rica has no army.  It may be the most expensive place to live in Latin America, but just like the U.S. we have a Pacific Coast and an Atlantic Coast. You can start a business if you like, or do nothing.  We have socialized medicine and private medicine.  We have public schools and private schools.

We go on vacation a lot. We have a bunch of millionaires and some people often allude to the seven families that run the country, but on the whole we are a Social Democracy.  We like to save turtles. If someone from the north invades us we put up a fuss and are consumed with indignation, for a while.

Then we file an international suit with The Hague. We invite the Chinese to build us futbol (soccer) stadiums in exchange for tax breaks on cheap junk, and then we sit around complaining we have nothing to do over espresso at 2:30 in the afternoon.

We have a president who was a history professor and would do well to return to his previous occupation.

What we don’t have is social unrest, we are not on the brink of a civil war and there is no threat of some red-faced little ego in Costa Rica starting a nuclear war. We have not yet experienced the horror of fundamentalist terrorism and it seems that the New World Order couldn’t care less about what goes on in Costa Rica.  I think that’s just fine.

We have our share of A List celebrities that keep a vacation home here, none of which will be attending the January 20th event in Washington D.C.,  but I don’t think that we run the risk of a Vulgarian Real Estate mogul wanting to build a luxury Casino Hotel featuring Russian talent any time soon.

There’s a Bellagio in Panama City just waiting for some crazed speculator to renovate it. As the world turns, we the expats in Costa Rica will continue having our café rendezvous, taking naps and complaining that we don’t have anything to do.  That’s just fine by me.