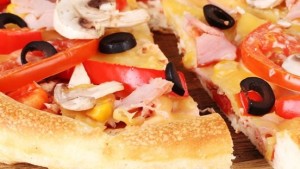 e deal requires regulatory approval by the Costa Rican government. When completed Sysco will own one-half of the stock of the privately held Mayca.

In a press statement, Sysco says that Mayca’s 405 employees, including the management team, will remain in place.

Costa Rica will be Sysco’s the fifth country outside the United States in which it will have a foodservice distribution. The others are Canada, Ireland, Northern Ireland and the Bahamas.

Costa Rica will also be Sysco’s first investment in the Latin America.

Sysco also has subsidiaries that serve customers in more than 90 countries worldwide.

Sysco, the Houston area’s fourth-largest public company based on its 2012 revenue of US$42.38 billion. In December, it announced it is buying its smaller chief rival, Rosemont, Ill.-based US Foods, for US$8.2 billion, including debt. Combined, the companies plan to save about $600 million in annual synergies and generate $65 billion a year in sales.

QCOSTARICA - Six months after the start of vaccination against covid-19, will it be time to open the campaign to those who want to...
Reports

Q24N - El Salvador may be the first country to adopt bitcoin as legal tender, but recent developments suggest that it might not be...
Peru

QCOSTARICA - The Caja Costarricense de Seguro Social (CCSS) reports that 70.3% of people over 58 years of age, the so-called Group 2 of...
Economic Recovery