The company will add 250 new jobs in San Jose, joining the over 700 employees the company already has in the country.

McKinsey & Company has announced plans to further expand its Costa Rican office with the opening of 250 jobs in its modern design center in San José. The new hires will join over 700 already working in the country’s capital city.

The company says the growth is due to an expansion in the consulting industry in Costa Rica. McKinsey & Company opened the doors to its first office in the country in 2010, before, last year, opening a modern design center in Ultrapark II in Lagunilla, Heredia, adding around 550 people to its staff in the process. 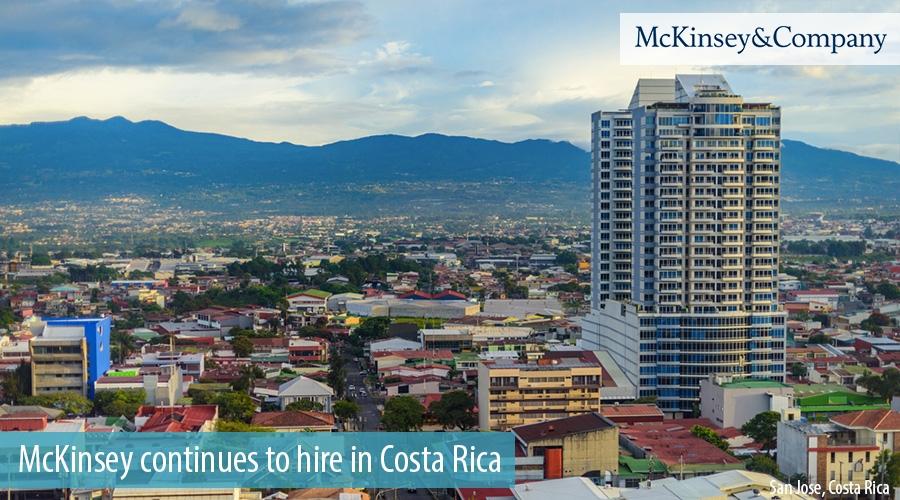 Costa Rica has seen modest growth in recent years, and the country, which is believed to be one of the world’s ‘happiest’ places to live, saw economic growth of 4.2% last year, say the company in a statement.

Costa Rica has continued to draw interest from global consultancy firms, with BDO recently expanding its operation in the country with the addition of 70 new jobs through the acquisition of Grupo Camacho.

McKinsey & Company says it will draw heavily from local talent, to fill the more than 250 positions announced. The expansion is part of the firm’s longer-term plans for the region, which includes moving into a new office in early 2018 that can support up to 1300 staff, with vacancies likely to continue to be filled in the coming years.

Following a visit by Costa Rican President Luis Guillermo Solís – who recently performed a state visit to the United States to further call on American business to invest in the region – Andrés Cadena, a Senior Partner at McKinsey, said, “We are very happy to have President Solís visit our facilities and meet our local colleagues. It’s the dedication and talent of Costa Ricans that is making our center a success for our clients, and we look forward to continuing recruiting and developing people and creating compelling professional paths for our colleagues.”