Medellin and Bogota Among Cities With More Unfaithful in Latin America 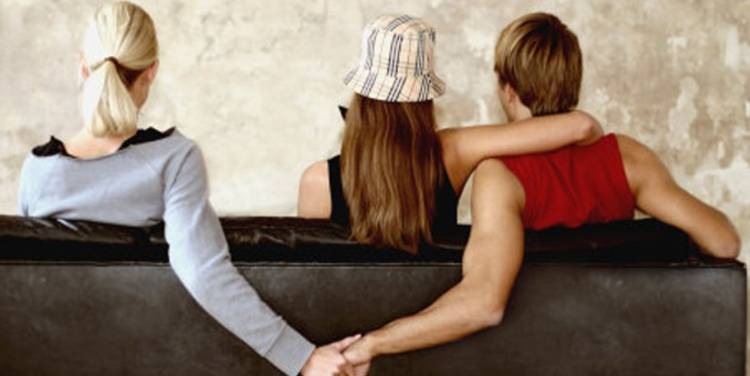 (QCOLOMBIA) When it comes to timelines, Colombians don’t waste time and meet their affair partners face to face within one week, much quicker than Chilians who are the slowest at planning their first encounters.

Colombians may be quick to get down to business, but they aren’t the only ones; three quarters of Argentinians have sex on the first date compared to Venezuelans who wait the longest. This may also tie into the discretion Venezuelans hold as a top priority as most of them choose to have their affairs in hotel rooms. On the other hand, many Brazilian cheaters bravely meet their affair partners at bars.

When it comes to the working world, more than half of Brazilians schedule quickies during their work day and a large percentage of Mexicans take advantage of business travel to indulge with an affair. And, to save the hottest fact for last, the wildest Latin Americans who mainly have affairs to fulfill sexual fantasies are the extra spicy Chilians!

Information from the database of the online dating service and social networking service marketed to people who are already in a relationship, Ashley Madison, with over 2.7 million users in Latin America, shows that Medellin and Bogota are among the cities in Latin America where people are more unfaithful to each other.

Colombia’s second largest city of Medellin places fourth in the top 10 Latin American ranking, according to the publication, that reveals that most infindelities occur mainly among friends.

In Bogota, Colombia’s capital city, 36% of “Bogotanos” say they have been unfaithful to their partner.

Top spot for indifelity in Latin America goes to Santiago de Chile. The Ashley Madison report indicates that, in divorces due to infidelity women took the baton, because 61% say they were unfaithful to the their husband.

The ranking included the cities of Curitiba and Bello Horizone in Brazil Naucalpan and Puebla in Mexico, Buenos Aires in Argentina, San Cristobal in Venezuela and Antofagasta in Chile.

According to Sweden’s Karolinska Institutet, they have found a link between a specific gene and the way men bond to their partners. Karolinska research shows that infidelity in men comes from a gene — allele 334 —  that influences brain. The Karolinska team found that men who carry one or two copies of a variant of this gene often behave differently in relationships than men who lack this gene variant.

The government tries to scare with a "campaign of fear" to...
Read more

(QCOSTARICA) The flexible delineator plastic traffic road divider on the Ruta32 did not last a full day. Crews finished placing them this Sunday at...
Read more
Pura Vida

(QCOSTARICA) The gradual opening in the midst of the pandemic saw hundreds of tourists to visit Prusia, that cold and enigmatic spot of the...
Health

Costa Rica negotiates with 6 pharma for the COVID-19 vaccine

(QCOSTARICA) The government of Costa Rica has already started talks with six pharmaceutical companies for the future purchase of the COVID-19 vaccine. The acting Minister...
Health

(QCOSTARICA) Applauded by some and rejected by others, the sanitary vehicle restriction is one of the most controversial measures that emerged as a strategy...
Economy

(QCOSTARICA) The possibility of a significant reduction in electricity rates in the coming weeks increases due to key aspects, mainly due to the Instituto...
Crime

(QCOSTARICA) The cry for justice for the murder of Karolay Serrano Cordero, 26, was heard Monday afternoon, September 21, in the courts of Heredia,...