Mexican Companies Have Invested Over US$1.6 Billion in Costa Rica

COSTA RICA NEWS – Mexican investment in Costa Rica exceeds US$1.6 billion dollars, with 2.719 businesses in the country, 33 of which are responsible for 19.676 direct jobs and 41.000 indirect jobs by way of outsourced services. 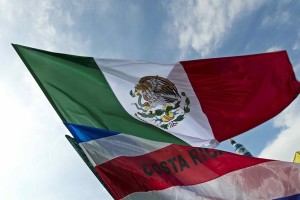 According to the Cámara de Industria y Comercio Costa Rica-México (Cicomex) – Chamber of Industry and Commerce Costa Rica-Mexico – Mexico accounted for 4.95% of the Foreign Direct Investment (FDI) last year alone and sales of about 7.2% of the Gross Domestic Product (GDP).

Mexico and Costa Rica signed a free trade agreement in 1994 and in November 2011 the Central American countries united their treaties with the north American nation. The new agreement took effect on July 1, 2013.

Despite the dynamism, last year Costa Rica saw a decrease of 22.9% of sales to Mexico, mostly in the food sector. Also, there as 4% reduction in exports from Costa Rica to Mexico.

According to the president of Cicomex, José Mejía, the impact of Mexican investment goes beyond the product, generating development opportunities for their supply chain. In fact, 71% of these businesses are micro and 16% are medium-sized in the food and beverage sectors, mechanical, communication, cleaning and construction, etc..

QCOSTARICA - Good news for Ticos with traveling fever! From Friday, June 25, Germany will allow entry of travelers from Costa Rica as long...
Banking

QCOSTARICA - A Costa Rican tried to enter the country through the Juan Santamaría International - San Jose Airport - with US$153,244 (the equivalent...
Consumption