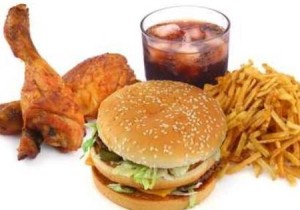 The house voted 317-164 yesterday to approve a modified version of President Peña Nieto’s bill that increased the top income tax rate to 35% from 30% and created a 5% tax on high-fat foods. The bill, which stripped out the initial plan to tax private education tuition, mortgage interest and home rentals, now heads to the Senate.

Lawmakers from the National Action Party, the biggest opposition group in Congress, opposed the bill after Pena Nieto’s Institutional Revolutionary Party, or PRI, refused to drop its plan to increase the sales tax in states that border the U.S., including traditional strongholds for the party known as PAN.

A higher tax rate for top earners and duties on high-fat foods were proposals pushed by the Democratic Revolution Party, or PRD, the second-largest opposition group.

Under the bill approved yesterday the maximum income tax rate will increase to 35 percent for people making more than 3 million pesos ($235,000) from 30 percent. Pena Nieto had proposed increasing the top tax rate to 32 percent for more than 500,000 pesos in income.

Mexico’s economy will grow 1.7 percent this year after expanding 3.9 percent in 2012, according to government estimates.

QCOSTARICA - What had been a good tool as a payment mechanism for sellers and businesses, the Ministry of Finance (Treasury) has in its...
Cine (Movies)