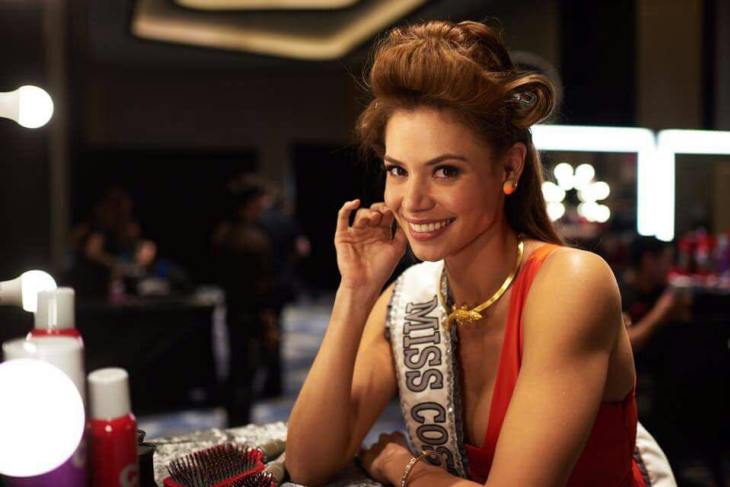 COSTA RICA EXTRA (MANILA) – Miss Costa Rica and Miss Nicaragua arrived in the Phillipines Thursday, to take part in the 65th Miss Universe pageant that will be held on January 30 at the Mall of Asia Arena in Pasay City.

Costa Rica’s Carolina Rodriguez said she was excited to be in the Philippines. “It is my first time here. When the airplane landed, I was jumping like a little girl in the airplane. It was so much fun,” the Costa Rican beauty said.

Carolina was born on April 23, 1989, in the Costa Rican capital, San Jose (however, since his childhood he lives in the province of Alajuela) is a model, teacher and translator of the English language.  In 2014 she failed to be crowned, nevertheless, during Miss Costa Rica 2016 managed to obtain the national crown.

An environmental advocate, Carolina leads efforts in planting trees and collecting non-organic residues from rivers in the country.

Carolina stands at an astounding height of 5’7”. She is mostly described as sweet, cheerful, and passionate.

Meanwhile, Nicaragua’s Marina Jacoby, born August 3, 1995 in Matagalpa, Nicaragua, said she is excited to finally be in the Philippines after a year of preparation for the pageant.

“I am so excited to be finally here. (After) one year of preparation and I am here in the Philippines. I have never been in Asia before. So, I am excited and I want everything to start right now,” she said.

Jacoby is an actress and a model. She enjoys playing football (soccer) and considers herself as an honest, social & loyal person. In Nicaragua she leads initiatives to eradicate harassment, whether physical, verbal or cyber bullying . “Your best recipe for this type of attack has been to ignore them and turn the page.

”I want to make kids raise their self-esteem so they can develop their potential,” says the model.

Need a little inspiration to achieve your goals and be your best self in 2017? From Miss Universe Nicaragua 2016 Marina Jacoby: “A dream without acting on it is just an illusion.”