The Miss Costa Rica 2013 beauty pageant has been filled with controversy and animosity, which in turn have been fueled by the eternal flames of online social networks.

The latest scandal is centered on allegations by contestants who are not the winner, Fabiana Granados, and who have gone on record to claim that the fix was in. We are either looking at a sordid state of affairs, or just a case of sour grapes.

The grievances lodged by contestants Claudia Gallo and Alba Rodriguez are more than just snide comments left on Facebook. In the case of Claudia, her Facebook status update revealed her discontent and hinted at nefarious work behind the scenes:

“Everyone enjoyed an ‘excellent’ dog-and-pony show… sorry, I meant ‘pageant.’”

Instead of chalking it up to temporary spitefulness, Claudia expanded on her conspiracy theory to national newspaper La Nacion:

“I said dog-and-pony show because it is obvious that the initial scores by the judges on the swimsuit, nightgown, and questions segments do not match up with what people saw. The change of Fabiana’s height measurements… it was 1.69 meters in the initial casting and later 1.73 meters.”

Alba Rodriguez, who at an statuesque 1.77 meters (5′ 9”) is taller than the reigning Miss Costa Rica, is the second runner-up. On her Facebook Timeline she commented that:

Alba, however, was not as blunt as Claudia Gallo when La Nacion came knocking. She said:

“I have many things to say, but I prefer to live it as is and not have people say that I am a sore loser.”

Still, Alba did not heed her own advice and continued:

“What I will say is that I would prefer that the most beautiful or most capable contestant be crowned, instead of wasting time and playing with the illusion and efforts of others. It is better to take that money and invest it in helping people who need it.”

That last zinger is a tacit allegation that the Miss Costa Rica pageant, which is owned by the Teletica Channel 7 TV broadcast network, is on the take. Pageant director Gabriela Alfaro spoke to La Nacion on the matter and had the following to say:

“It is normal that some people will say this one was prettier than the other one, but to allege that the fix was in is an insult. Indeed, they are shooting themselves on the foot since I would have liked to audition some of them to become television hosts, but the things they say…”

Fabiana, the smoldering brunette from Guanacaste who was recently crowned Miss Costa Rica, has not had an easy time fulfilling her duties as Queen of all Ticos. Her problems started seconds after she was chosen as representative of the feminine beauty that Ticas are blessed with: Fabiana committed a linguistic faux pas as she exclaimed, in perfect English and on national television, “Oh my God!” 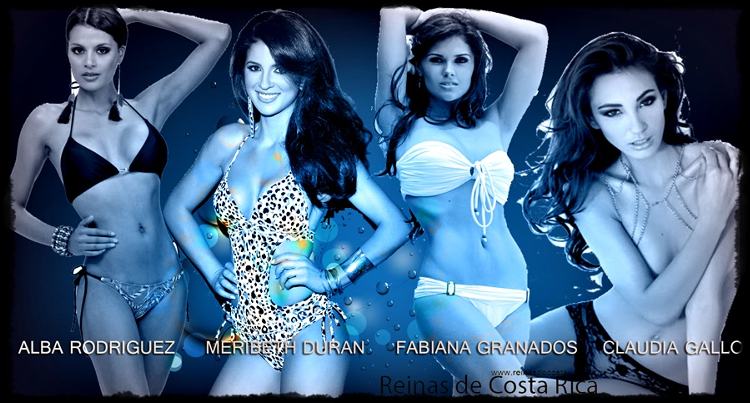 Social media was not kind to the new Miss Costa Rica. For her lingual gaucherie, she was accused of being a “fresa” and a “pola.” In the Costa Rican slang vernacular, the former is used to describe a woman who flaunts her superior socioeconomic status with foreign expressions and customs, but the latter refers to a woman who awkwardly tries to hide her simplistic ways with foreign expressions and customs.