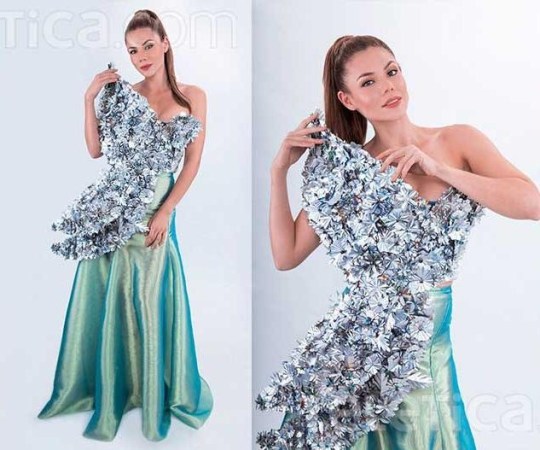 COSTA RICA EXTRA / Miss Costa Rica Carolina Rodriguez will be wearing beer cans, literally, for the ‘national costume’ segment of the Miss Universe pageant that is to take place this Sunday, January 29, in Manila, Phillipines.

Designed by students of the Universidad Creativa (Ucreativa), Veronica Morales and Ingrid Alvarado, the gown to be worn by Carolina “represents Costa Rica’s biodiversity“.

The gown, made of recycled beer cans, cardboard, beads and organza, a thin, plain weave, sheer fabric traditionally made from silk, represents the bird of paradise flower say the young designers. 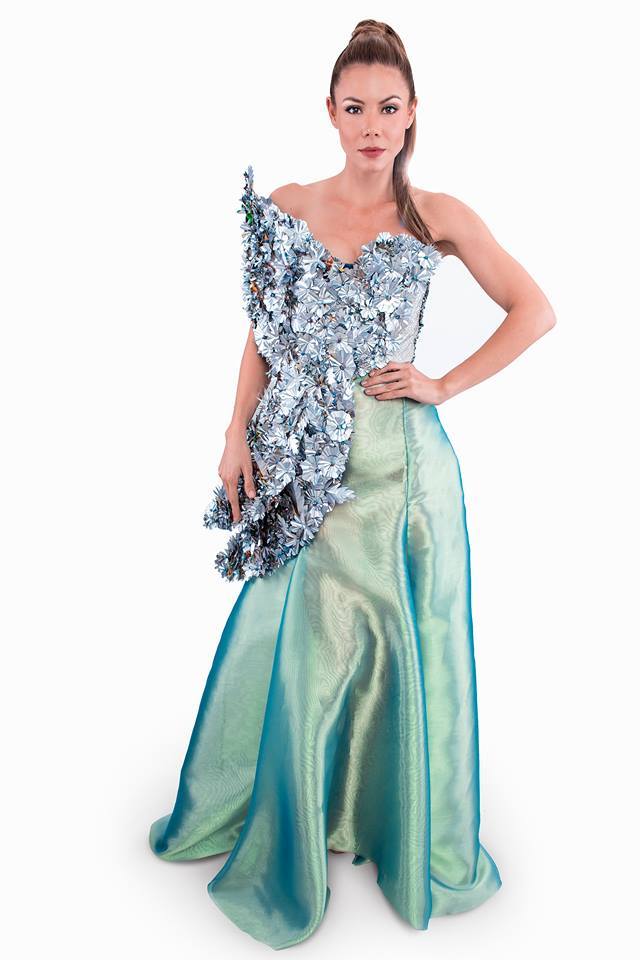 Morales and Alvarado were the winners of a contest in which several students submitted designs to be worn by the Miss Costa Rica candidate.

More: Learn how to vote

The gown is a two piece: the top with leaves made of aluminium, the bottom a long skirt in green tones made with organza.

Morales said 500 aluminium leaves, using an embossing technique to make them look three-dimensional, went into making the gown, under the supervision of fashion designer and director of the Ucreativa, Rob Chamaleo and the requests by Carolina Rodriguez, who since the beginning of the Miss Costa Rica competition stressed her interest in environmental conservation.

Click here for all the contestants of the Miss Universe

“After analyzing the most representative aspects of Costa Rica, the theme of environmental preservation was recurrent. Besides representing approximately 5% of the world’s biodiversity, the country is committed to the conservation of the environment, betting on protected areas, tourism, renewable energy, among others. So nature is not only part of the landscape, but also of our culture and being Costa Rican in general,” the Carolina is quoted on her website.

The gown competition of the 86 Miss Universe candidates can be seen live in Costa Rica on Saturday night (January 28) starting at 7:30pm. The broadcast will on Teletica, the local television station that owns the rights to the Miss Universe franchise in Costa Rica.

QCOSTARICA - It was a race against time for...
Trends

Cell phones are a fully integrated part of our...