This Friday, the PCR tests began to the estimated 500 Nicaraguans stranded at the Peñas Blancas border with Nicaragua; the tests are being done for free by the Arias Foundation and the Clinica Biblica 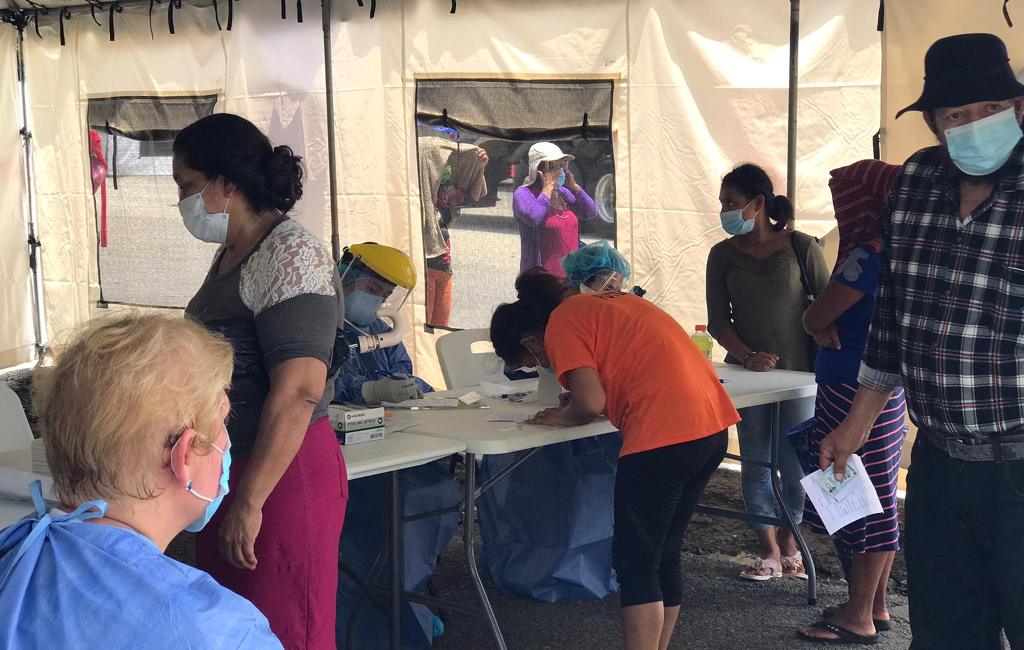 (QCOSTARICA) The Arias Foundation for Peace reported that COVID tests for Nicaraguans stranded on the northern border began today, Friday, July 31, after obtaining sufficient funds to finance them almost entirely.

“The resources come from humanitarian organizations and individuals that responded to the call of the Fundación Arias para la Paz y el Progreso Humano and the Centro de Derechos Laborales,n with the generous support of the Clinica Biblica and under the coordination of the Costa Rica’s General Directorate of Migration and Aliens,” said the NGO.

“Today, more than ever is when the solidarity of Costa Ricans comes to the surface. The humanitarian help on the northern border hundreds of Nicaraguans. Individuals and private organizations put into practice that golden rule of all religions: love of neighbor,” commented Lina Barrantes commented, executive director of the Fundación Arias. 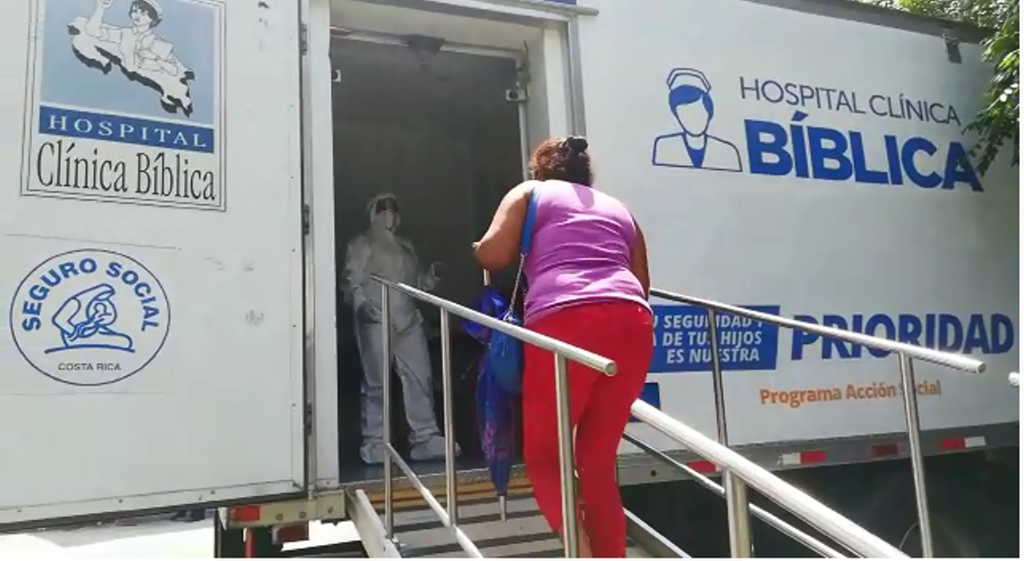 Likewise, Tanya Amador, founder of Corner of Love, who has assisted for days with food, explained that in the late afternoon of this Friday 169 people in total, had the PCR tests.

For her part, Costa Rica’s general director of immigration, Raquel Vargas, was present at the site, and told Nicaragua Actual, that they are facilitating the space and guaranteeing order and discipline so that all the work goes well. She recalled that the tests are being carried out thanks to the articulation of civil society and private cooperation. 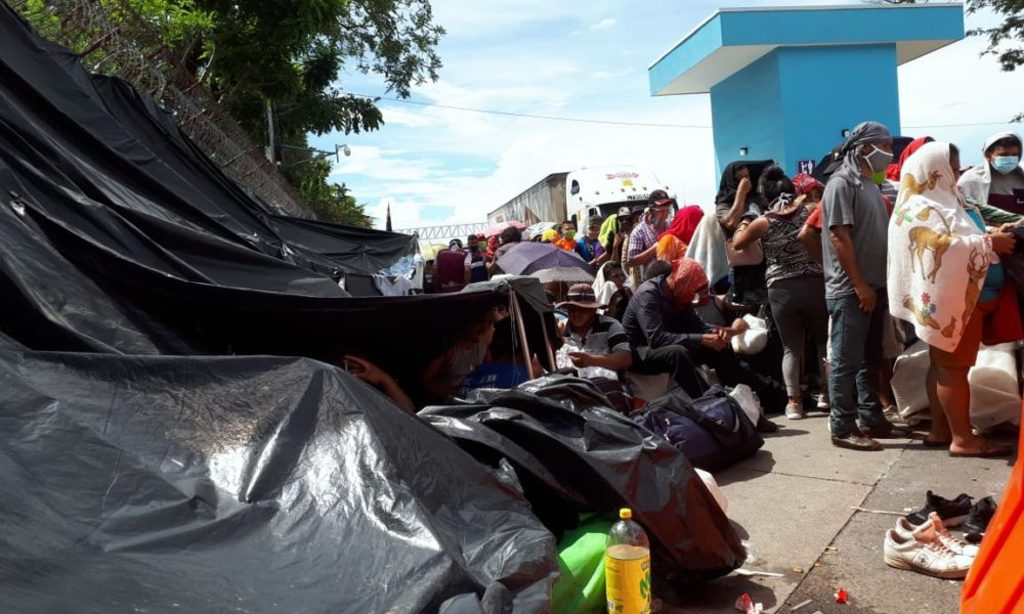 A doctor from the Clínica Bíblica hospital told the same media outlet that the program consisting of doctors, microbiologists and laboratory technicians for sample collection and subsequent processing, is at no cost to the stranded Nicaraguans.

“This crisis with Nicaraguans on the border has only one culprit, and it is the Ortega-Murillo dictatorship who are disrespecting the most sacred universal values ​​of respect for human dignity,” Barrantes commented. 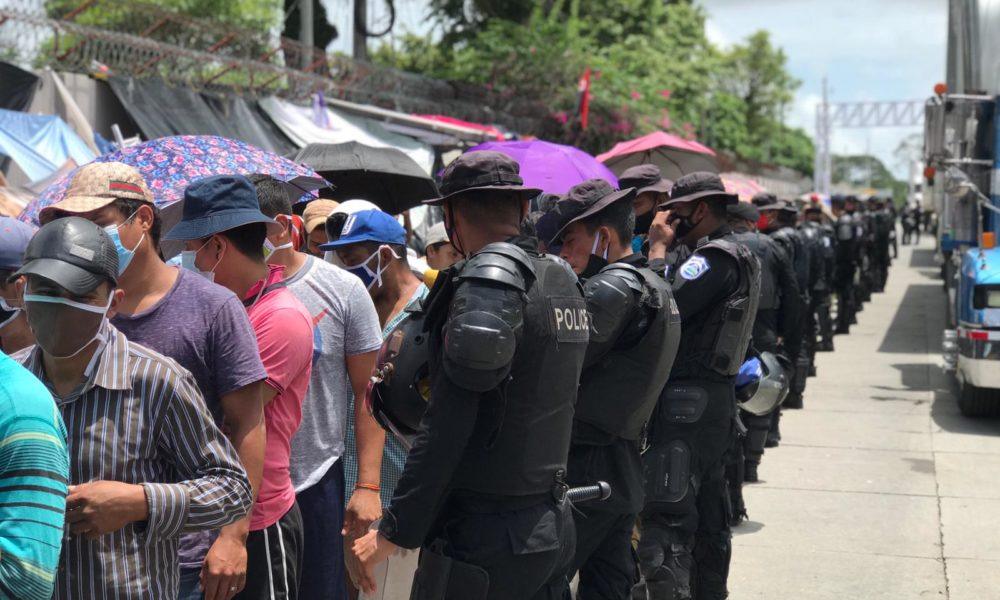 Almost two weeks ago, the Ortega regime has denied entry to its compatriots for not having the negative COVID-19 test, a measure unknown to most given the regime’s lack of transparency in all matters COVID.

It is hoped that once with the results – after approximately 48 hours – there will be no impediment for those with negative results return to their homes in their country. Although it is the Nicaraguan State’s obligation to guarantee the tests, according to former diplomats, the regime has refused to do them. 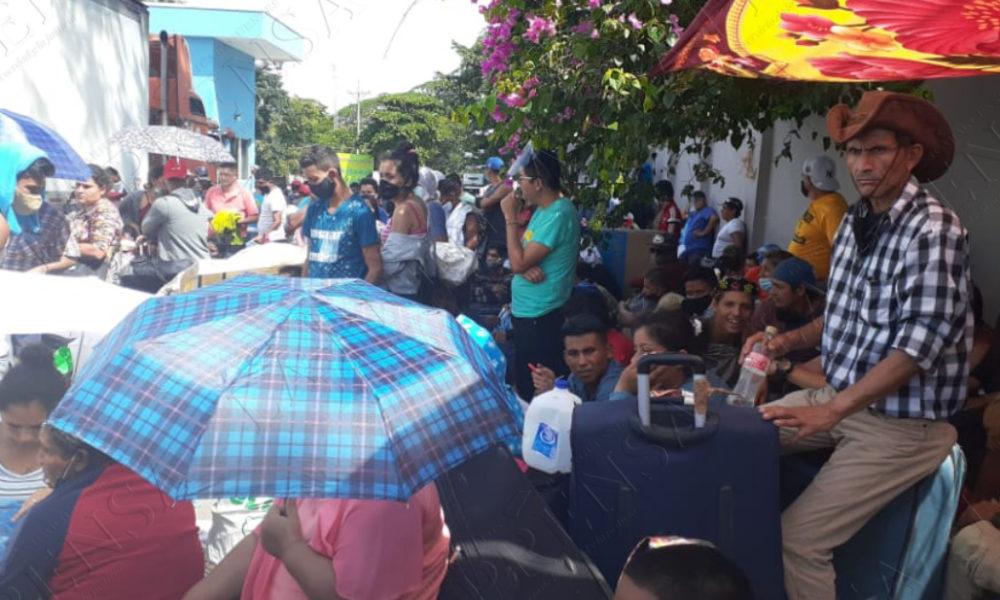 For their part, the Nicaraguans are encouraged by the tests and hope that the horror they have lived almost in the open will soon end. One of the stranded Nicaraguans, on condition of anonymity, expresses that she is happy for the opportunity to resolve her situation, but is concerned about what will happen if someone tests positive.

This Thursday the Costa Rican minister of public security, Michael Soto, was cautious and expressed that for the moment said it is preferred to wait to see what happens. “We would hope that the tests are done and that people can continue, so, in due course, we will value it,” he told the media Thursday morning.

Many Nicaraguans expressed publicly their gratitude to all in Costa Rica for their support and now this humanitarian effort to help them.

None dared to speak out publicly against the Ortega or the Nicaraguan government.

Nicaraguans continue stranded at the doorsteps of their homeland

(QCOSTARICA) An estimated 300 and up to 500 Nicaraguans remain stranded...
Read more