She was impacted by several bullets and was dropped off at the Pavas fire station, where she was declared dead

The model, Angie Tenorio Villalta, 34, had posted an affectionate message on her Facebook page to her dad in celebration of Father’s Day, hours before losing her life, hit by a bullet.

She published the photo Sunday afternoon, thanking God for allowing her to be close to her father.

“Feliz Dia (Happy day) Happy day to all in special to my father thank God that allows him to spend a father’s day alive and I hope this and many more I love you,” wrote the woman in the post where she posted a photo, apparently an old one, of her with her father.

That evening, at about 9:50 pm, Angie’s joy was silenced when she was hit by bullets in Pavas.

She was one of three people taken in a car to the local fire station. With her there two men who were also shot, and whose name has not been made public. 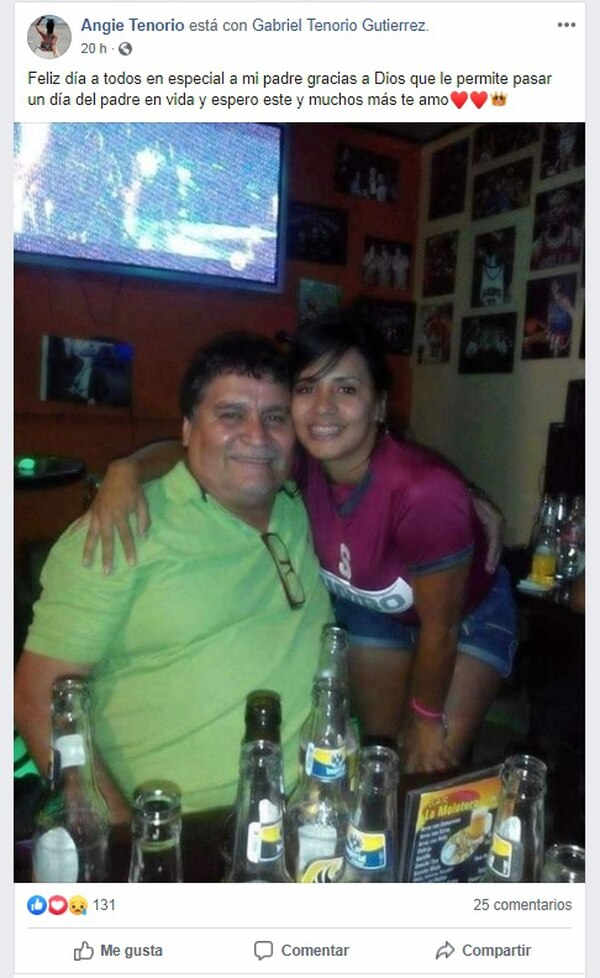 The paramedics pronounced Angie (and one of the men) dead at the scene. The other was stabilized and taken hospital in critical condition.

The motive for the attack has yet to be made clear, as investigators of the Organismo de Investigación Judicial (OIJ) began their interview of the families and friends of the victims and to find the shooters.

The civil registry indicates that Angie, a resident of Rincón Grande de Pavas, was a single mother with two children: a 19-year-old girl and an eight-year-old boy.

- Advertisement -
Paying the bills
Previous articlePavas Fire Station Has Become A Drop-off Point For Shooting Victims
Next articleExperts: Venezuela Is Not An Armed Conflict