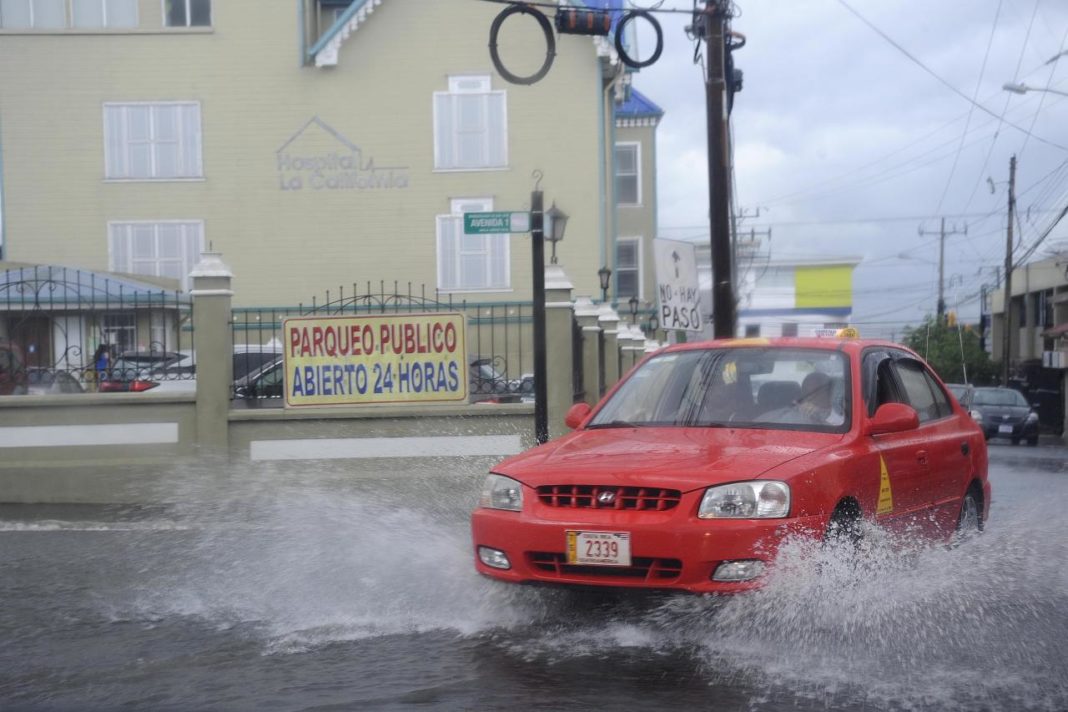 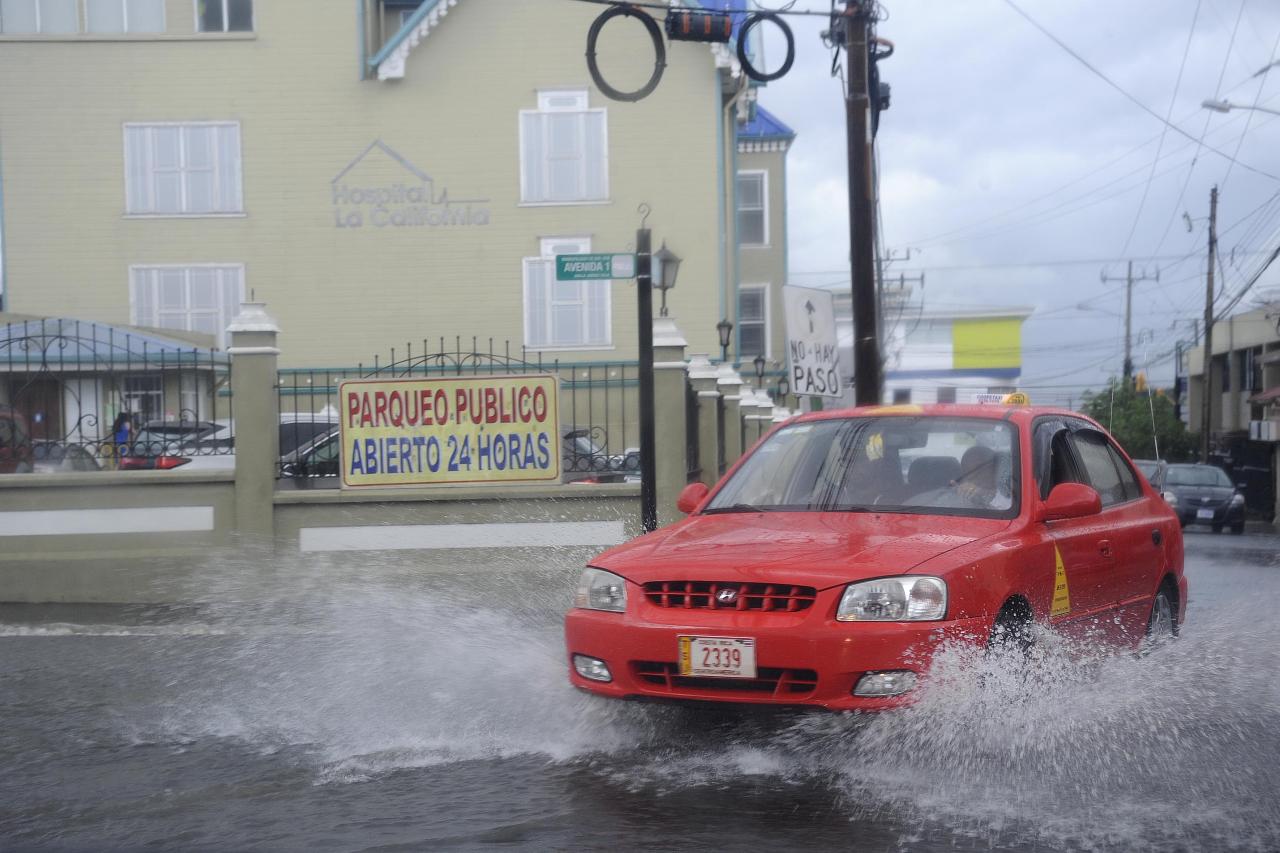 Q COSTA RICA – What is being called the worst downpour in more than two decades, in 1995 in fact, flooded a number of areas in downtown San Jose, San Pedro and Barrio Lujan.

Data according to the Instituto Meteorológico Nacional (IMN) – national weather service, in an hour fell one quarter of the average rain for the month of June.

The IMN said that some 90 mm of rain fell on Monday afternoon.

In addition, some 136 lightning strikes were counted in a span of 45 minutes.

In the area some 300 meters south of the downtown core, around the old MOPT licensing office, the water was knee deep.

In Barrio Lujan, some streets became river with the Torres river overflowing its banks. In Tibas, water threatened some small bridges.

At the Hospital Nacional de Niños (Children’s Hospital), once again water affected the emergency receiving area and flooding the basement.

Residents say this happens every year, and expressed their anger and frustration at the Municipality of San Jose for the lip service and no action.

The major problem is that he storm sewers in the downtown area are old, very old, in some care more than 100 years old

Eladio Solano, weather forecaster at the IMN, says we can expect the same conditions all week long, that could spread to other areas as well. 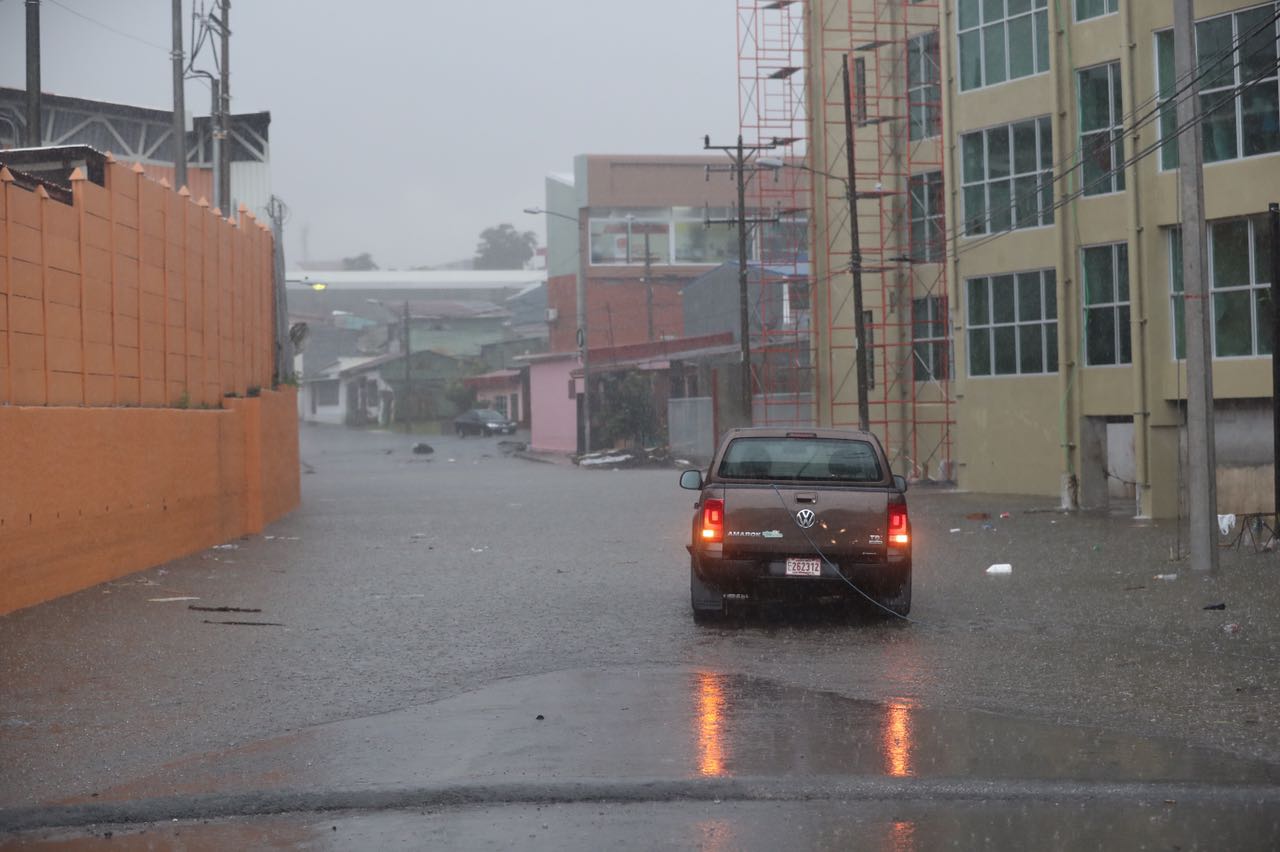 Here in Santa Ana, where the Q is located, while the clouds opened up on downtown San Jose, east and north of the city, the sun shone for the better part of the afternoon, a light rain starting as night fell. Similar reports from our friends and readers in Escazu, Alajuela and Heredia.

Photos and video from La Nacion.