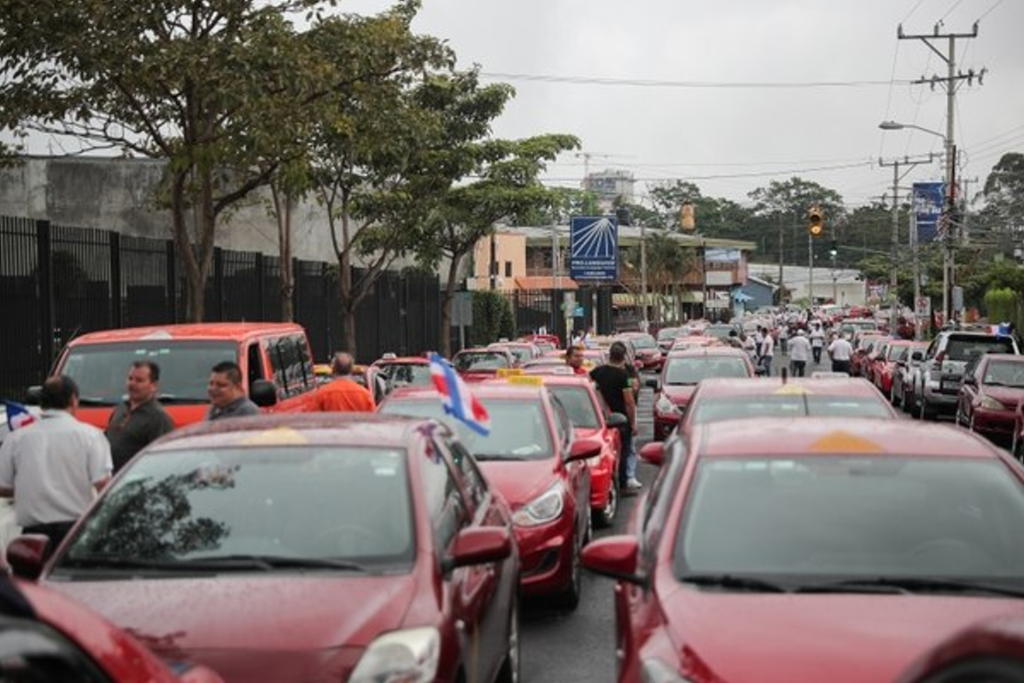 QCOSTARICA – The Movimiento Civico announced protests for this Monday, which will include blockades and tortuguismo, against the high price of fuels. 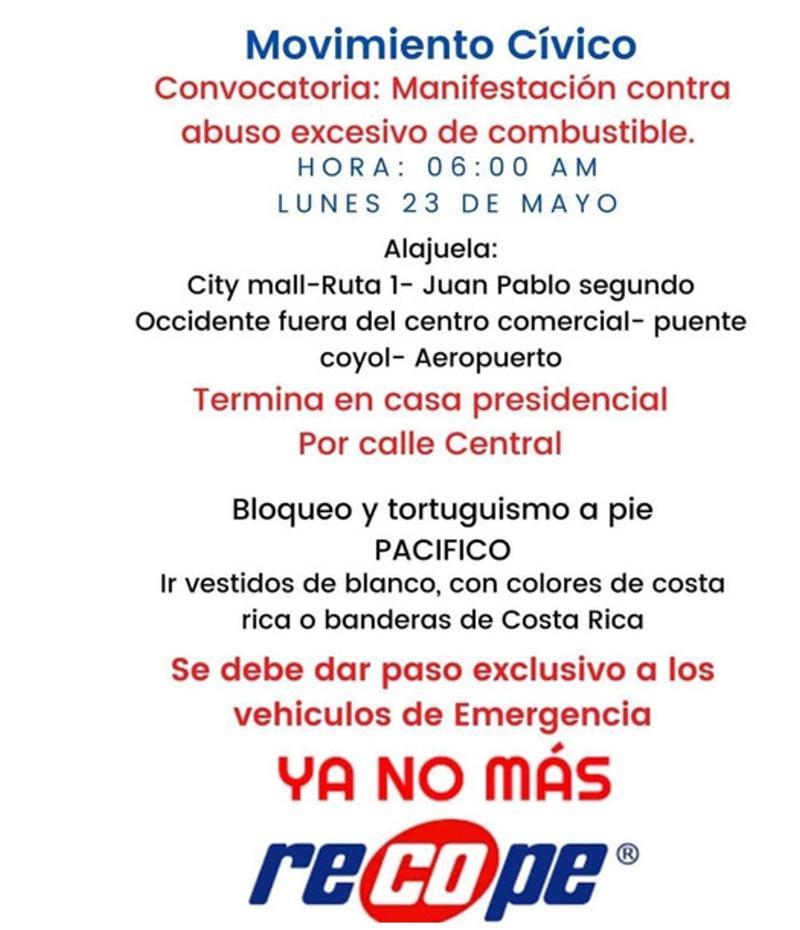 Among the groups in this civic movement are the union of taxi drivers, bus operators, and businesses, that will take to the streets from early hours and in different parts of the country.

The call is scheduled to start at 6:40 a.m., and these will be the meeting points such as such as La Uruca, the Fuente de Hispanidad in San Pedro, the General Cañas (Ruta 1), La Union, Alajuela in the area of City Mall and Coyol bridge on the Ruta 1, and many more locations.

Casa Presidencial is also a target of the manifestations despite President Rodrigo Chaves not being in the country. 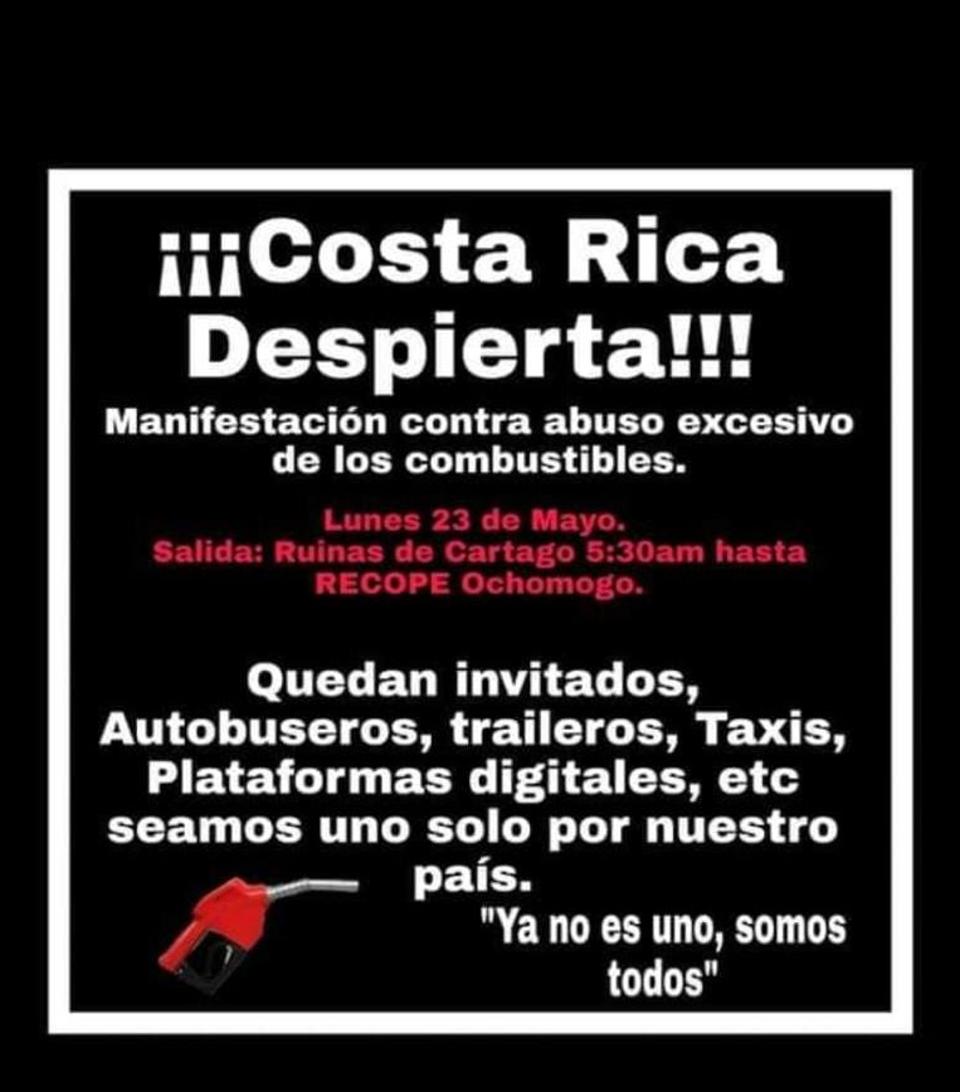 The organizers ask people to attend wearing white and give exclusive access to emergency vehicles.

On Friday, the Regulatory Authority, the Autoridad Reguladora de los Servicios Públicos (Aresep), announced it made a request for an increase in fuel prices – the seventh consecutive increase – of ¢104 colones for a liter of super gasoline, ¢91 for regular and ¢104 for diesel that would take effect most likely the first week in June.

President Rodrigo Chaves said on Sunday, before leaving for Switzerland where he will be promoting foreign investment in Costa Rica, that he was not going to allow traffic to be obstructed.

Rubén Vargas, a member of the Union of Taxi Drivers, said that his group will request that the fuel tax be reduced by 50%.

Also on Sunday, President Chaves announced four measures that his government will implement to reduce the price of a liter of diesel by ¢50 colones. In addition, it will eliminate the asphalt subsidy decree for construction companies and will analyze the possibility of processing a loan of US$200 million dollars to subsidize bus fares.

Chaves explained that reducing diesel fuel prices is the target of his administration as it affects the largest sector of the population.

The government is not clear when the reduction in diesel would be received, since the president will sign the elimination of the decrees after May 25, when he returns from his tour in Switzerland.

At the time of this report, 6:55 am, none of the points announced experienced any protests.