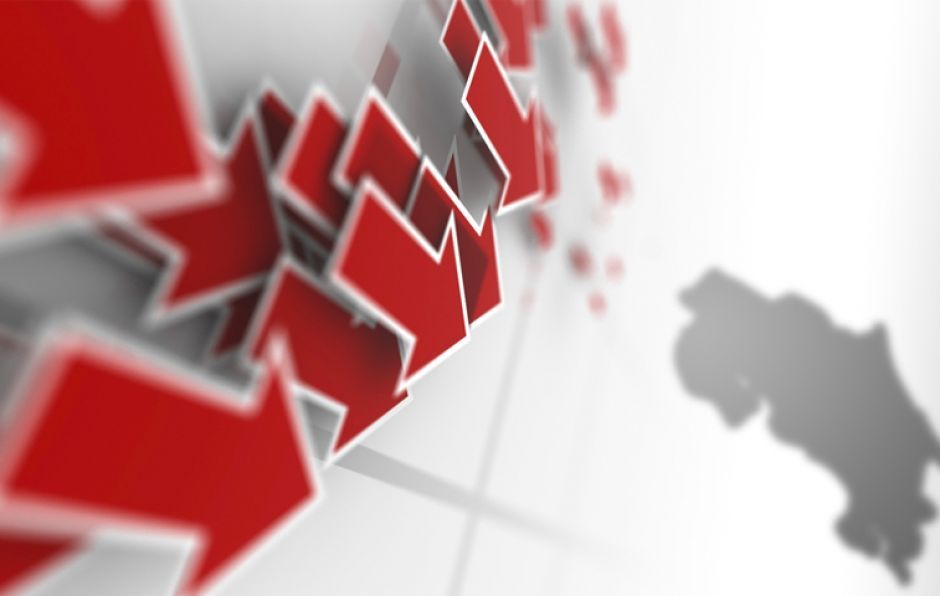 Moody’s decision to change the outlook to negative reflects the expected impact on Costa Rica’s budget deficits, and the related increased risk of funding pressures, resulting from the coronavirus shock. Moody’s considers this shock as a social risk under its ESG framework.

The pandemic has led to a sharp recession and higher fiscal deficits which will require increased borrowing from the government both this year and next. For 2020 the government will rely heavily on funding from official sources but next year’s borrowing will require tapping international markets, where spreads today remain prohibitively high.

Moody’s expects the economy will fall 4% in 2020, with most of the drop in growth felt in the first half of 2020, and that Costa Rica won’t return to positive year-on-year growth until the first quarter of 2021. Real GDP is expected to recover in 2021, advancing by about 3%, but will be insufficient to make up for the lost economic output this year.

The recession, only the third in over half a century, will lead to higher fiscal deficits due to rising interest costs and pandemic related-spending. Moody’s now expects the 2020 fiscal deficit to reach 9.7% of GDP and further expects the deficit to fall only moderately in 2021 to 8.4% of GDP. This will contribute to a rise in public sector indebtedness that is higher than what was anticipated when the rating agency lowered the country’s sovereign rating to B2 early this year and add to the medium term challenges of containing further erosion of the government’s balance sheet and the burden of interest payments on its relatively small revenue base.

Higher fiscal deficits will push government borrowing requirements to close to 15% of GDP in both 2020 and 2021, a historically high number. For 2020 the government plans to rely heavily on multilateral funding as it expects no access to international capital markets but 2021 will require a return to international private funding.

The rating agency estimates this year’s funding needs at 14.7% of GDP, four percentage points of GDP higher than pre-pandemic forecasts. Multilateral official lending will be a key source of funding in 2020, representing 36% of all government borrowing compared to only 13% in 2019. On April 29 the International Monetary Fund (IMF) approved $504 million in emergency assistance, adding to loans from the Inter-American Development Bank and the Central American Bank for Economic Integration.

Moody’s expects 2021 funding needs to remain similar to this year’s level but with a greater reliance on international capital markets. The government expects to issue about $1.5 billion, or 2.7% of GDP, in international capital markets next year. Sovereign spreads on external funding stand at close to 800 bps, compared to pre-crisis levels of 400-500 bps. If interest rates do not return to prior lows the government will likely need to increase its domestic funding to over 10% of GDP, testing the ability of the local financial system to meet increased government borrowing requirements and raising the risk of levels of funding stress not consistent with a B2 rating. In 2018 lack of access to domestic and international funding led the government to request an emergency loan from the central bank.

Rationale for affirming the B2 rating

Despite the current coronavirus-related recession Costa Rica’s economy is characterized by sustained and stable growth, averaging 3.6% annually from 2010 to 2019. The country’s long term economic outlook remains strong. Costa Rica has one of the most stable economies in Latin America and this year’s downturn will be only the third recession in the last 60 years.

In that time period, Costa Rica’s economy has transitioned from simple agricultural exports to tourism, light maquilas, and more recently business outsourcing and medical technology exports. Costa Rica’s GDP per capita (PPP) at $18,702 in 2019 is more than double the B-rated median of $7,702 and its $62 billion economy is larger than the $26 billion B-median.

Costa Rica further benefits from economic and market diversity. Historically dependent on agriculture, farming is now one of the smaller sectors in the economy. Over the past decades, the country has made significant strides in diversifying its productive base by nurturing high-tech and service-based sectors such as consumer electronics, finance and tourism. Currently, Costa Rica’s largest sectors are healthcare and education, professional services, which spans scientific and technology sectors, and manufacturing, together accounting for about 40% of economic output.

Exports in Costa Rica are generally more diversified than in most other Latin American countries. Using data from the MIT’s Observatory of Economic Complexity, which looks at the diversity of products and export markets, Costa Rica ranked 49 out of 125 countries and third overall in Latin America in terms of economic complexity in 2017, the latest available data.

Costa Rica also compares favorably to other sovereigns in the region on measures such as government effectiveness, rule of law and control of corruption. Costa Rica’s democracy is the oldest in the region. These features of the country’s institutional makeup are supportive of the country’s credit risk profile because they speak to institutional continuity and political stability, elements that tend to be correlated with policy predictability.

What could change the rating up

Given the negative outlook, a rating upgrade is unlikely. The outlook could return to stable if the government effectively implements structural budgetary adjustments that ease funding risks and reduce fiscal deficits to limit the worsening in government debt indicators and improve market confidence leading to more sustainable cost of funding.

What could change the rating down

Prospects of continued fiscal deterioration that result in higher government debt metrics than what Moody’s currently projects, as well as continued market access challenges and higher funding costs, could lead to a rating downgrade. Evidence of stress in the banking system, or a significant increase in the level of financial dollarization could also place downward pressure on the rating.

Costa Rica by the numbers

QCOSTARICA - The shipping container crisis that is not...
Honduras

Q24N - The ruling National Party of Honduras on...