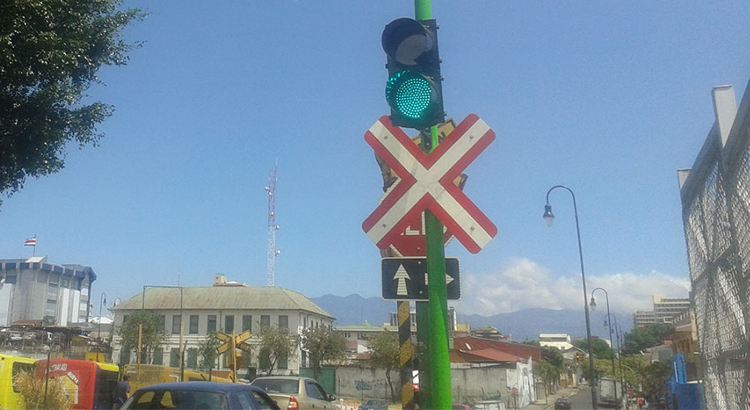 Drivers in the area of Plaza Viquez, near the Traffic Control Centre, the saw something never seen before on Costa Rica roads, the first two automated traffic lights at the railway crossings.

Deputy minister of Transport, Silvia Bolaños, said the traffic lights are part of a project financed by the Consejo de Seguridad Vial (Cosevi) that will see a total of 29 traffic lights and level crossings at major rail intersections.

The plan is to reduce accidents between trains and vehicles, like three accidents one each on Tuesday, Wednesday and Thursday mornings, sending a total of six people to hospital.

Bolaños said the devices will be ready in two weeks, when the the Transport work crews will start installation.

Besides the lights, the devices has sound and motion sensors.

The cost of the project is ¢2.5 billion colones.

Life comes at you fast when you’re a teen...
Trends