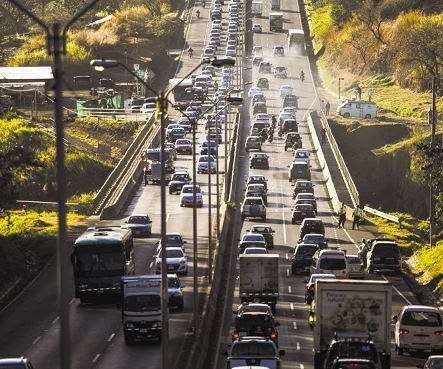 (QCOSTARICA) Just another promise or are they serious about it this time around? The Ministerio de Obras Publicas y Transportes (MOPT) promises to take cure the headache of drivers known as the “Platina” before the end of this administration, that is in 2018.

The Platina is the bridge over the Virilla river on the autopista General Cañas, a bridge that has seen a number of failed repair attempts and more than ¢7 billion colones spent since its first intervention in 2009.

On paper the bridge is ready.

The eighteen months to design the expansion from four to six lanes ends next week, then it is up to the Conavi – the roads council, an arm of the MOPT – to approve the plans and start the process of bids that leads to construction.

Basically, this administration wants to do in less than three years what has been able to be done in the last six years and two previous administrations.

Work on the bridge was suspended last year, (save for the emergency repair last month,) when MOPT minister Carlos Segnini, announced it best the bridge be fully overhauled and expanded to six lanes (to match the six lane highway).

According to the MOPT, the bridge surface will be built with high strength concrete and according to designers it would have a lifespan of 75 years.

Other details and timetable are sketchy at the moment.