COSTA RICA NEWS — At a cost of US$2.7 million dollars, the Ministerio de Obras Públicas y Transportes (MOPT) says it will install 85 new “intelligent” traffic lights and connect all of the 321 existing, to a central control centre. 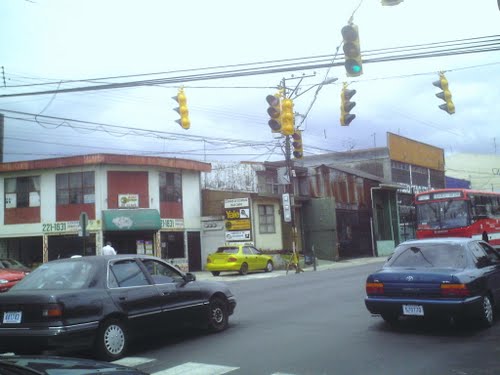 The project of a centralize traffic light system began in 2007. Currently there are 321 intelligent lights, but only those located in the downtown core are connected to the Centro de Control de Tránsito (CCT).

The MOPT says that the new traffic lights that will start operating in 2015 will also have a camera that will allow control operators to monitor the direction of the flow of traffic and adjust the lights to reduce congestion.

The head of the CCT, Diego Rugama, said that part of the project is to also connect the 321 intelligent traffic signals already installed to the San José control centre.

“San José as the example, it does not work (the traffic light system) properly due to the buses and truck blocking roads,” said Acosta.