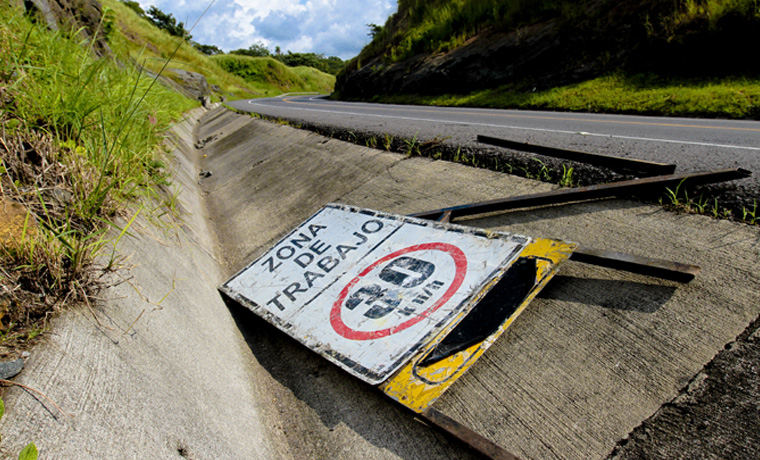 (QCOSTARICA) – With the objective of expanding the Ruta 27 to four lanes and TO accommodate the planned airport in Atenas, the government will accept the Ruta 27, between San Jose and Caldera, without being completely finished.

“Receiving the work as it is would be the only way of moving forward,” said Carlos Segnini, minister of public works and transport (Ministerio de Obras Publicas y Transportes – MOPT), during a visit Friday in the canton of Garabito.

The minister explained that this would allowthe government to enter into a new negotiation with the Ruta 27 concessionaire, Globalvia, for the expansion of the road to four lanes, that includes the construction of parallel bridges.

For the renewal, the government could use the option of extending the current 25 1/2 year concession, rather than increasing tolls.

The Ruta 27 not only gives a direct access to the Central Pacific, but moves through one of the fastest growing areas in the country, Escazu to Orotina. In fact, there are plans to build a new international airport in Orotina and that requires a highway that can handle the volume of traffic.

Despite the continuing problems on the road, mainly the steep slopes and the congestion during peak hours, the Ruta 27 has received the best qualification of five major roads, according to a survey released Thursday by the LANAMME, the National Laboratory of Materials and Structural Models (Laboratorio Nacional de Materiales y Modelos Estructurales) of the Universidad de Costa Rica.

The Ruta 27 had a grade of 65%. Although low, it is higher than the other routes such as the Costanera Sur, the Interamericana (north) and Ruta 32, San José – Limón.

The acceptance of an uncompleted road and decision to negotiate an expansion is separate from the issue the government continues to have with Globalvia, precisely the payment of US$44 million dollars, part of an arbitration in recognition of the increased cost since the project was awarded in 2000, to the start of construction eight years later.