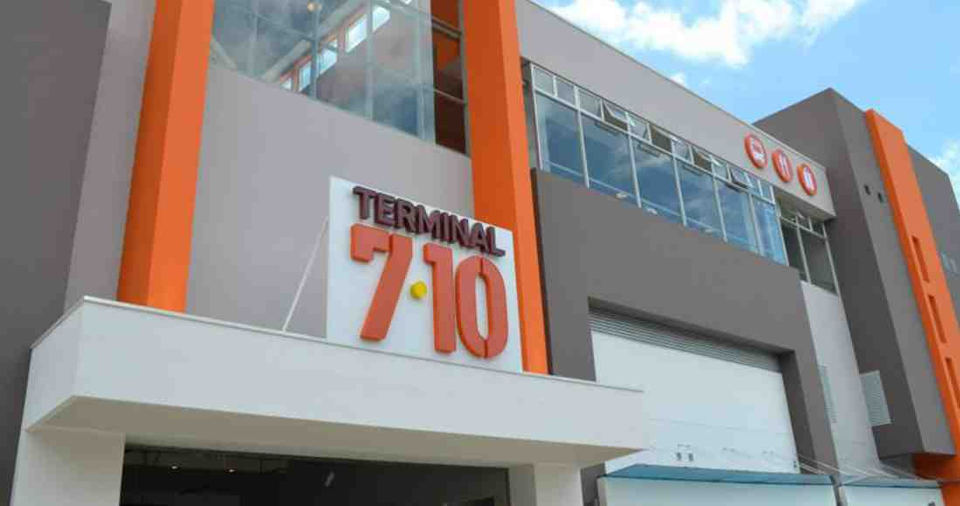 QCOSTARICA  by Roberto Acuña Ávalos, Vozdeguanacaste.com – Including tourists, workers and Costa Ricans who journey to Guanacaste and other destinations, more than 10,000 people cross paths daily at the new 7-10 mega bus terminal located on the north side of downtown San Jose.

The central station began operating on August 3rd and is now where the Alfaro bus company, which makes trips from Guanacaste to San Jose, makes its stop in the capital.

In addition to the Guanacaste route, the terminal has destinations to Jaco, Cobano, San Carlos, Heredia and Monteverde. Also, in the coming days, service to Jicaral and Nicaragua will be offered.

According to Hans Yankelewitz, spokesperson for Zen Group and Portafolio Inmobiliario (companies that have invested in the terminal), 82 businesses have locations in the complex.

“The terminal was well thought-out for the user. We have restaurants and stores that offer services. We also have screens so users can see the bus schedules as if it were an airport,” Yankelewitz said.

To look out for the safety of passengers, there are six security posts in addition to a system with 50 real-time surveillance cameras. Yankelewitz stated that they have coordinated with the Municipal Police and Public Force to control around the site’s exterior.

He added that the place will have a station for people to charge their cell phones or any electronic device.
The Voice of Guanacaste consulted readers about the new terminal via Facebook.

“I loved it. Order, cleanliness, all in one place, like a Blue Line terminal in Chicago,” said one comment.

Patricia Jimenez, who lives in Nosara, took a trip to San Jose on Thursday, August 13th, and related that this new station is safer for travelers.

“It is super safer. Inside the terminal, there is a lot of surveillance and people inside are super attentive. I really liked that you don’t have to leave to take a taxi; they send it right there. What they can improve is that there are not a lot of signs; you get a bit lost,” Jimenez commented.

Yankelewitz assured that the station’s signage is one of the pending things that will be ready in the next few days.

A total of US$15 million was invested in the work.

With editing by the Q.

We are all mentally exhausted by sitting in our...
Pura Vida