"I want to return to my country, it is not easy to be in a country with latent xenophobia for Nicaraguans; but there my head has a price" 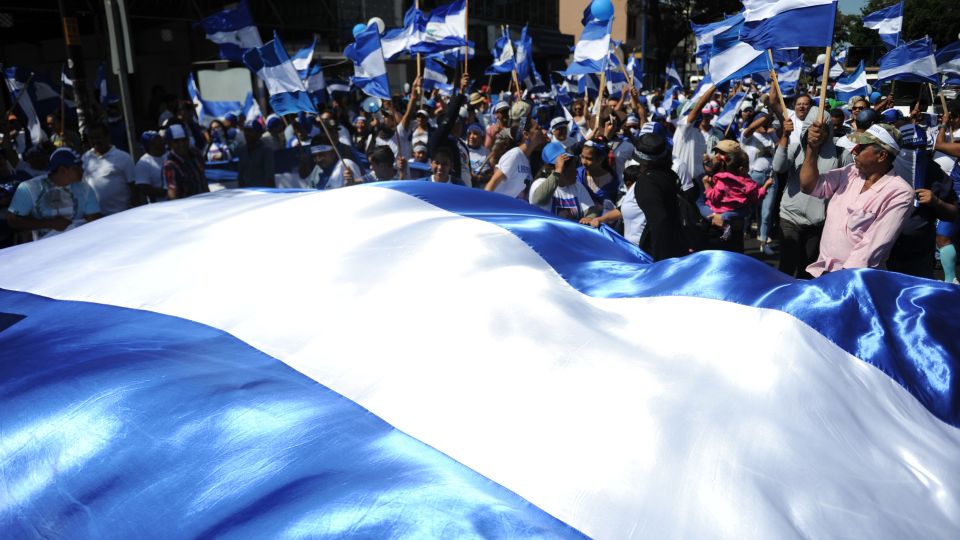 Sunday morning more than 500 Nicaraguans took to downtown San Jose, to raise their voice against the Government of Daniel Ortega.

More than a demonstration, the gathering had hints of a party with typical food and music from their homeland and dozens of Nicaragua flags.

The peaceful event began in the La Sabana Park and concluded in the Plaza de la Democracia. 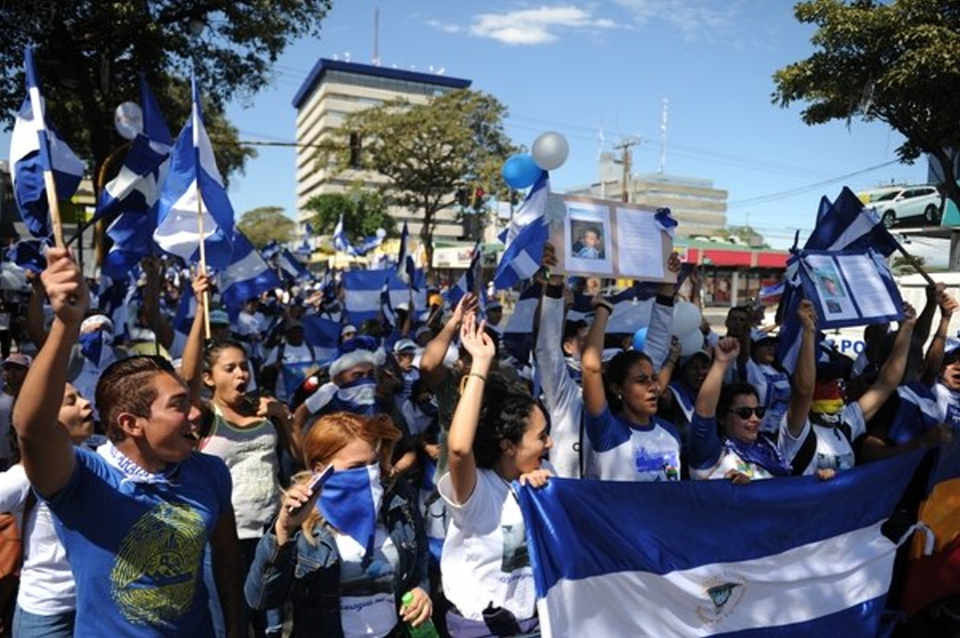 Geral José López, doctor and part of the Unión de Nicaragüenses en el Exilio por una nueva Nicaragua (Unepun) – Union of Nicaraguans in Exile for a new Nicaragua, explained that they seek to join forces so that international organizations proclaim the same they do and, in some way, demand a new Constituent Assembly.

“We are here to save our lives. In Nicaragua, we cannot raise flags, not even sing our anthem, but we cannot let it go on like this. Nicaragua has to return to being democratic,” he said.

Lopez also said he was demanding justice for the more than 500 deaths, the thousands of wounded and the freedom of the innumerable number of political prisoners.

“Viva Nicaragua libre!” Was one of the phrases that the protesters repeated over and over again. 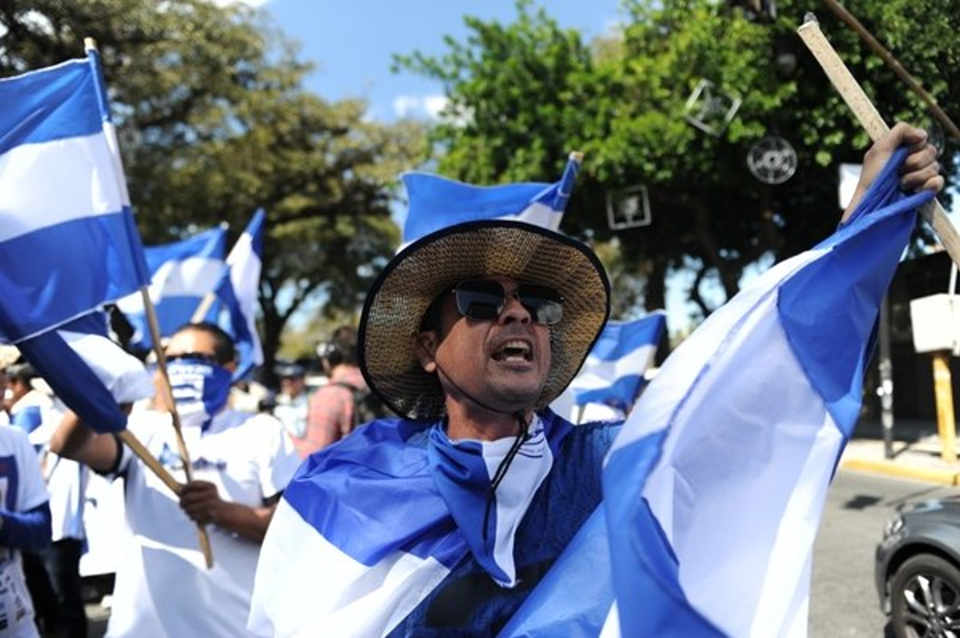 “They killed my 14-month-old son, shot dead. He died in my arms while walking with my family,” said Nelson Gabriel Dorcio, from Managua.

He is one of the more than 40,000 Nicaraguans who have requested asylum in Costa Rica, after being threatened with death for denouncing or demonstrating against the Ortega regime.

“I was a transience leader. I was in charge since April 19 when everything started. They threatened me with death. I want to return to my country, it is not easy to be in a country with latent xenophobia for Nicas; but there my head has a price,” said a woman a who did not identify herself for fear of reprisals in her Nicaragua.

The spirit of nationalism, thirst for their land and justice could be felt among the marchers. “For Luis, Byron, Victoria, Amaya …”, read one of the signs.

“I’m here because I want to be free in my country. The regime forced me to flee. I was in the trenches and they chased me, they threatened us with death. My two children and my parents are there, I came by way of the mountains, it took us 11 days. Now I’m scared for them,” said Jamileth Hurtado, a short, dark-skinned woman from Zelaya Central.

The Crisis in Nicaragua 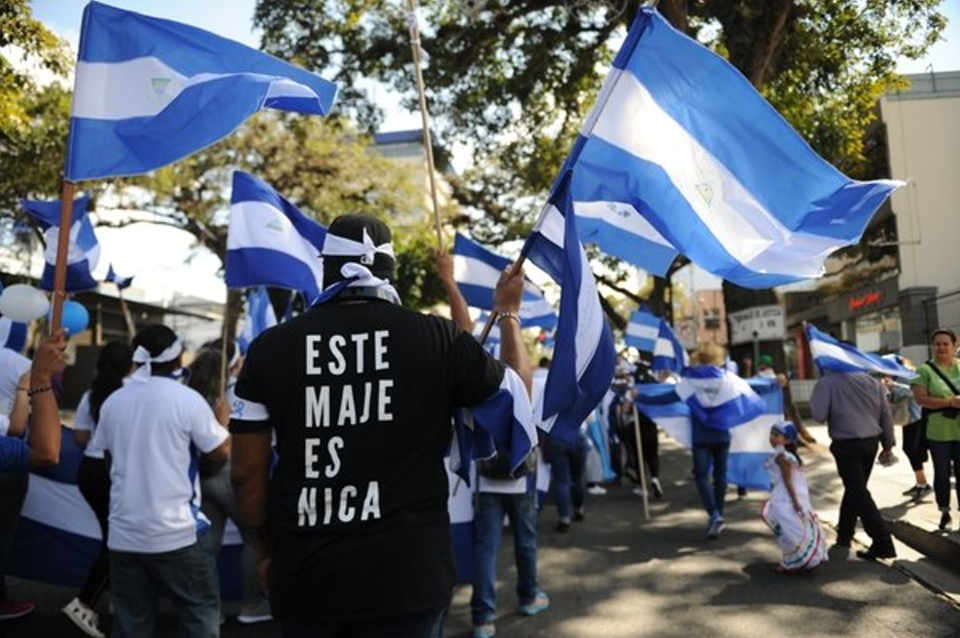 The crisis in Nicaragua began in April 2018, after armed forces confronted young students in Managua, triggering an exodus of Nicaraguans to Costa Rica, fearing loss of life in their own country.

The Inter-American Commission on Human Rights (IACHR), which has the Special Monitoring Mechanism for Nicaragua (Meseni) installed in Nicaragua, says (to December) 325 deaths have been recorded in the country.

A month earlier, in November, the Nicaraguan Association for Human Rights (Anpdh) had the number of deaths at 545, according to the Nicaragua newspaper, La Prensa.

If improving your audience reach for better sales and...
Panama