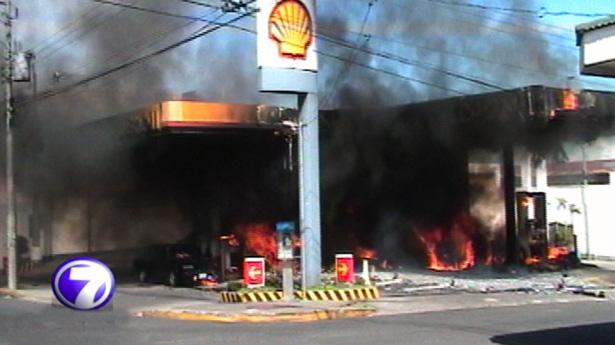 It’s been more than six years since the entire country looked on in horror as a gasoline station in the centre of Escazú burned and with it two children trapped in their mother’s vehicle.

Since, Shell – who sold out its gasoline stations in Costa Rica – settled with the family of the minors, however, not with the others affected by the tragic accident.

On Monday (yesterday) the Tribunales de Pavas opened its first day in the trial against gas attendant Gerardo Quirós Delgado in a trial that is scheduled to last two months. In addition, taking part in the trial is the owner of the property, two of the people injured in the accident and the Ministerio Publico charged with “desastre culposo” (public disaster), which is punishable with up to several years in prison.

However, the trial may come at quick end today following a petition by the defence attorney to review procedures which could lead to suspend the trial. The hearing is scheduled for 1:30pm when the court will have to decide whether or not to continue the trial.