Mothers of April Demand Application of Democratic Charter to Ortega 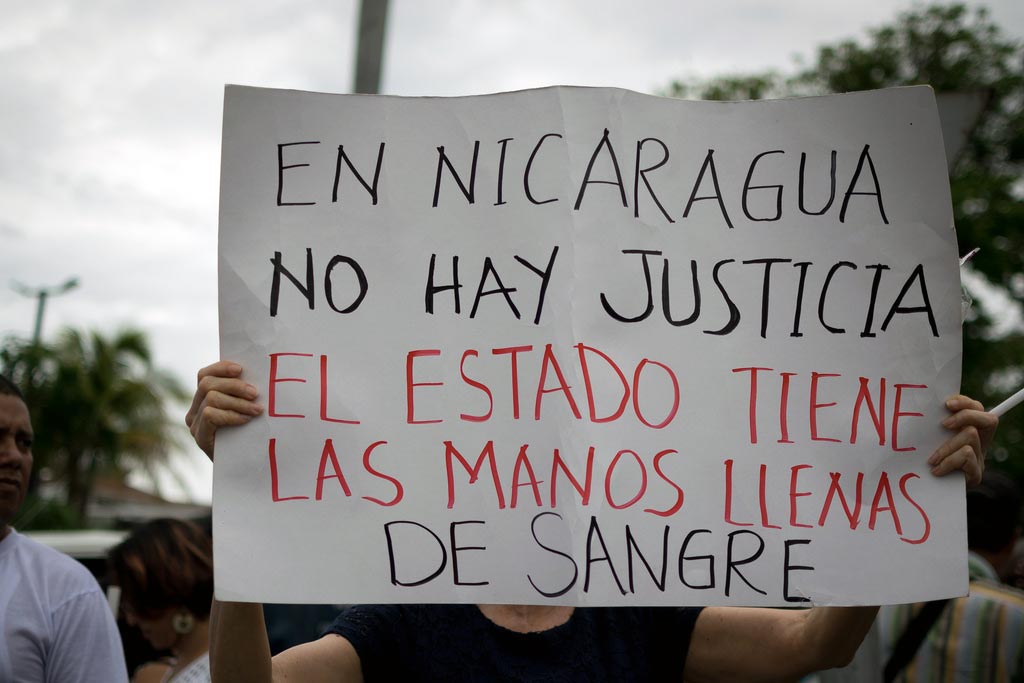 The Mothers of April Association of Nicaragua, formed by women who have lost their children or relatives in the demonstrations against President Ortega, demanded on Thursday to the OAS member countries to apply the Democratic Charter to the Government of Nicaragua.

In a public letter, published in Managua, the Mothers requested the Permanent Council of the Organization of American States (OAS) “to support that the Democratic Charter be applied” to the Government of Ortega in an extraordinary session that the organization will hold Friday in Washington.

In the letter, the “Mothers of April” also advocated for “supporting all those necessary measures to encourage or oblige the Nicaraguan State to comply with human rights matters and its obligation to find the truth and impart justice.”

The association of mothers, made up of about 70 women, was created on September 29th and has as a slogan “Love the truth, love justice, love and do not forget.”

On January 4, the OAS Secretary General, Luis Almagro, convened an extraordinary session of the Permanent Council of the organization for this Friday in order to follow up on the situation in Nicaragua.

On December 27, after another meeting of the Permanent Council, Almagro announced the beginning of the process to apply the Democratic Charter to Nicaragua due to the crisis that has plagued that country since last April, centered on the protests of Nicaraguans who are requesting the resignation of President Ortega.

“We are forced to begin the implementation of the Inter-American Democratic Charter,” said Almagro, who was supported in this initiative by Argentina, Colombia, Chile, USA and Peru.

The Democratic Charter is a legal instrument that, in its articles 20 and 21, contemplates diplomatic procedures against a member State where there is “an alteration of the constitutional order” and, if these efforts fail, it smooths the process for its suspension, thereby stopping participation in the programs of the organization.

To approve the suspension, the highest form of sanction that the OAS has, 24 votes are necessary, that is, two-thirds of the 34 countries that are active members of the organization (Cuba belongs to the institution but has not participated in it since 1962).

Nicaragua suffers a serious crisis that has left 325 dead since April, according to the Inter-American Commission of Human Rights (IACHR), although some groups raise the number of fatalities to 561, while the government only recognizes 199 and denounces an attempt at a coup d’état.

QCOSTARICA - For Costa Rica to maintain the competitive...
Redaqted