My Name Is Sandy: US Alone in Crisis! 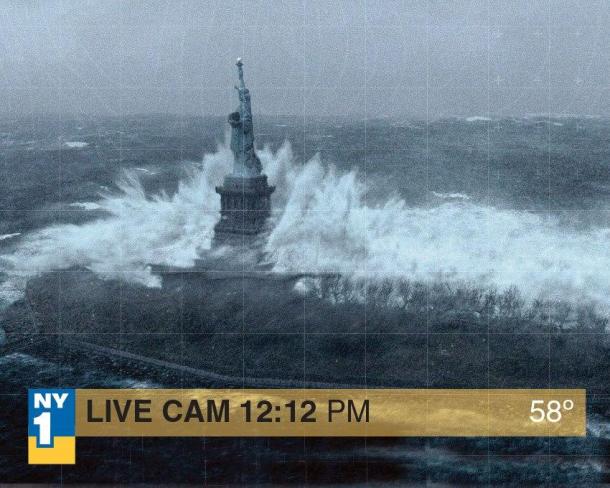 The United States, the country every other country turns toward in a time of disaster or crisis has just survived the most diabolical storm ever recorded. And, no other country, developed or developing, has offered aide in any form or fashion. The U.S. is on its own!

A recent estimate is US$50 billion dollars in damages and untold lives destroyed as the country only on Wednesday is able to sort out the “hurt”.

Costa Rica, the pundit of receiving hand outs has not even offered token assistance, but then again neither has any other country in Latin America. However, Costa Rica is special since the U.S., despite the recent China intrusion, is the country´s biggest benefactor, not to mention customer in exports and tourism.

As mayor to mayor, Johnny Araya has offered prayers and assistance (Futile for lack of resources.) to both the Mayor of New York, Michael Bloomberg and President, Obama,

Sandy has brought a large part of the United States, a most important part, to one knee. However, the other leg is standing and the country is soon to be on two legs and while not back to normal, enough so to be worthy of gringo pride and resolution.

Never, ever place a bet against Mohammed Ali, Superman nor the United States. The odds are against you all the way.

That country to the north is resilient, effective, innovative and in times of crisis cohesive. The U.S. has the resources to rebuild as it did after 9/11 be back on track.

Sandy is not just an East Coast problem, not just a New York – New Jersey problem, it is a national U.S. crisis and if need be, the people will respond as one.

Be it a devastating  earthquake in Nicoya, a mine collapse in China, the horrible results of the earthquake in Haiti, the needs of Costa Rica for a naval patrol in order to control drug trafficking and keeping the Mara (Gangs) out of our country; The U.S. quietly had always been there. It has been there with money, rescue teams and experts to make better what is not good.

Who do the Latin American countries call on, including Costa Rica, not Ghost Busters but the United States for more money and tangible assistance before anyone else on earth?

On the other side of the coin, not a peep from Costa Rica, not an offer from Costa Rica to help the United States with the devastating results of Hurricane Sandy.

At least let the United States have the pride to say, “No thank you. We plan to do it ourselves.”

What “Pura Vida” can expect is more gringo nationalism and rightfully so. The Chinchilla administration should, at least, send messages of support to the entire Easter Seaboard and even to Washington offering prayers and support and not just Johnny Araya, Mayor of San Jose.

But that has not happened.

- Advertisement -
Paying the bills
Previous articleFigueres WILL NOT Run For President
Next articleKarina is Back and Talking…Again!

There are many legal ways to make money in...
Economy