My Parents and I Don’t Speak The Same Language

“If you’re going to speak in English, don’t speak at all,” my mother hissed at me before we headed out to the market. 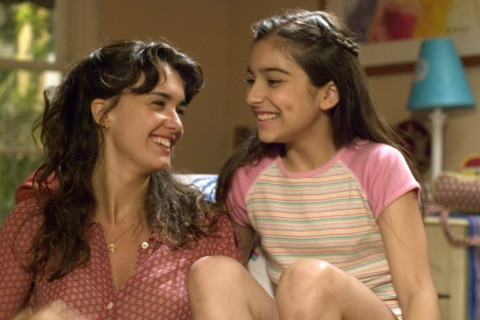 Prior to this pronouncement, we had made sure our outfits were appropriate: no jewelry, no purses with long straps, no clothing bearing logos. I was 9, and we were visiting relatives in El Progreso, Honduras. While Honduras was still years away from the 2009 military coup that would throw it into a dangerous downward spiral, it was already a place marked by casual violence. Speaking English in public would have invited unnecessary attention.

I spent the majority of the trip silent.

Although my first words were probably some variation of mamá and I had spent my previous visit to Honduras at the age of 4 chatting and asking for more “colate” (my pronunciation of the word chocolate), by the time I was 9, I didn’t really speak Spanish. When I was going to start kindergarten, my mother was faced with the option of putting me in the English-only class or enrolling me in the bilingual one. However, both of my parents worked, and the bilingual class had a break in the middle of the day, which would have required someone to come to school and pick me up. She also wasn’t convinced that the quality of the bilingual program was as good as the English-only class.

I had to learn English and I had to do it quickly.

For weeks before my English exam, I was forbidden from speaking Spanish. I watched Sesame Street, and my parents spoke to me in English. When exam day came, I was ready enough, and when September rolled around, I began in the English class and never really looked back.

While I could perfectly understand anyone speaking Spanish, whenever I was faced with the task of speaking myself, the words would float through my mind and get lodged in my throat.

Growing up in a mostly Latino town and bearing Central American features, I faced so much ridicule for only speaking English. My relatives, some of whom had been living in this country for many years but hadn’t made any real attempts to learn English, would openly talk about me in Spanish right in front of me. I was made an example: Don’t be like Wendy, don’t forget Spanish, don’t forget where you came from.

It wasn’t any better in school. My classmates would float between languages and make fun of the American accent they assumed I would have when speaking Spanish. Once, the faucet in the bathroom jammed, causing a never-ending torrent of water to float out. When I went to tell the janitor what was going on, distressed over believing I had broken school property, I was nervous and couldn’t think of the words to explain what was happening. My Cuban second-grade teacher swooped in, and after she explained the situation to him, she proceeded to talk about how shameful it was that I didn’t speak Spanish, as if I wasn’t standing right there.

None of these innumerable instances made it any easier for me to speak, so I just didn’t. The few words I did utter in Spanish only came out after I had polished them in my mind thoroughly, as I didn’t want to say something grammatically incorrect or mispronounced. That would only confirm what everyone thought about me: that I was just some arrogant American child who had abandoned her roots.

My language issue and the response I received from my family and the larger Latin American community shaped how I perceived my Latina identity. On top of not speaking Spanish, I wasn’t a very good dancer, I didn’t really enjoy Spanish language music, and I didn’t have a body like Jennifer Lopez. The violence in Honduras began escalating to the point where I could list people I personally knew who had been kidnapped and held for ransom, so we never made another journey south of the border. Although my hometown was composed primarily of Latin Americans, I didn’t know any Hondurans my age. Central America slipped away from me, and I wished for blonde hair, a narrow nose, and a last name not associated with one of the world’s most famous drug lords. I dated white guys and dreamed of the children I’d have one day who wouldn’t be plagued by remarks about their Latin American faces and lead tongues.

Over time, my parents accepted that I wasn’t going to wake up one morning rolling my R’s. We worked with what was easiest for us. They would speak to me in Spanish, and I would respond in English. Some things were definitely lost in translation — for example, for a long time I thought the word jamás meant “rarely” when it actually means “never,” which changes the meaning of a lot of conversations I had with my family — but we more or less understood each other.

I wished for blonde hair, a narrow nose, and a last name not associated with one of the world’s most famous drug lords.

It wasn’t until I went away to college that I realized how much being the child of Honduran immigrants and growing up in a minority-majority town had shaped my worldview. While I had rejected all the things I had perceived as Latin American peculiarities, being confronted by a different kind of homogeneity made me appreciative of my own background. I began studying the history of Latin America, I enrolled in Spanish literature courses, and I slowly started embracing a world that I had rejected because it had rejected me.

To this day, I sometimes still experience a great deal of nervousness and anxiety when I’m faced with situations that require me to speak Spanish. When I was younger, I always thought that people would ridicule me if I said something incorrectly, but that hasn’t happened so far. I’ve made friends with people of other cultures who’ve experienced similar problems speaking the language of their parents, and it has helped me see how common my experience was. Occasionally, I overhear bilingual conversations between American children and their Spanish-speaking parents and I can’t help but think back to my childhood.

I recently saw a relative who I hadn’t seen in a long time — someone who always cited me as an example of someone who had forgotten their culture — and he asked me about a trip I had taken to South America and if that meant I had finally learned Spanish. The old anger came back, but I simply told him I had always spoken Spanish. Rather than crawling inside myself like I used to do, I pushed past the discomfort of feeling defined by one thing because I’ve finally stopped letting other people’s perceptions of what I can or cannot do affect how I feel about myself.

This article by Wendy Escober originally appeared on xoJane.

An international team of scientists has solved a case of mistaken...
Read more

QCOSTARICA - The pandemic has allowed many people to telecommute, so technological facilities allow that as long as you have a laptop and a...
National

QCOSTARICA - It is totally false that the Government has changed the sanitary measures, as claimed by disinformation messages circulating on social networks and...
National

QCOSTARICA - The heavy rains have not let up in the Caribbean. Although in some areas a few rays of sun came out this...
Redaqted

QCOSTARICA - The contagion or "R" rate for this Monday in Costa Rica reached 1.45, according to the analysis carried out by the Universidad...
Health

QCOSTARICA - The spike in cases of covid-19 in recent days set off the alarms and has the authorities analyzing the possibility of bringing...
Health

QCOSTARICA - The Camara de Comercio (Chamber of Commerce) called on its members not to loosen the protocols against covid-19, after the warning from...
Front Page