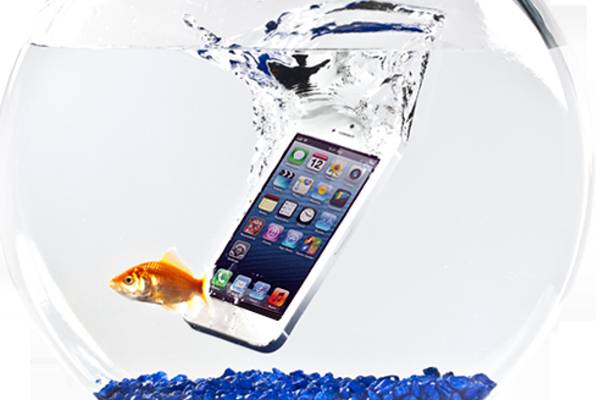 This holiday season many will unwrap a brand new smartphone, but many won’t probably be around next year. A survery by the Los Angeles based strategic consulting firm Kelton Global, says 12% of all new smartphones will have to be replaced or repaired within a year.

There goes your two year plan!

WaterSeal Technology, a Calgary (Canada) based company has come to the rescue, with their new revolutionary nano-technology protects your phone and keeps it safe from accidental water damage, all without a case!

After eight months of research, Craig Dunn and his business partner Mike Wellwood were left with a heaping pile of broken smartphones and an affordable, undetectable waterproofing solution for seven of the world’s best selling smartphones, including the iPhone, Blackberry and Samsung.

Wateseal’s struggle is convinving the consumer. One, the new phone has to be shipped to Calgary where the process is applied. Imagine getting a brand new phone and then having to part with for days – or weeks depending on where you live – without first playing with it?

“We basically try and grow a microscopic layer on your phone”, Dunn says, explaining that it’s a physical attractn to the parts of the phone, rather than dumping it on top.

The process applies a protective nano-coating to the electronic device to protect it from accidental exposure to liquids. The nano-coating is introduced in vapour form, and it permeates the entire device, bonding to it on a molecular level and leaving it protected for years to come.