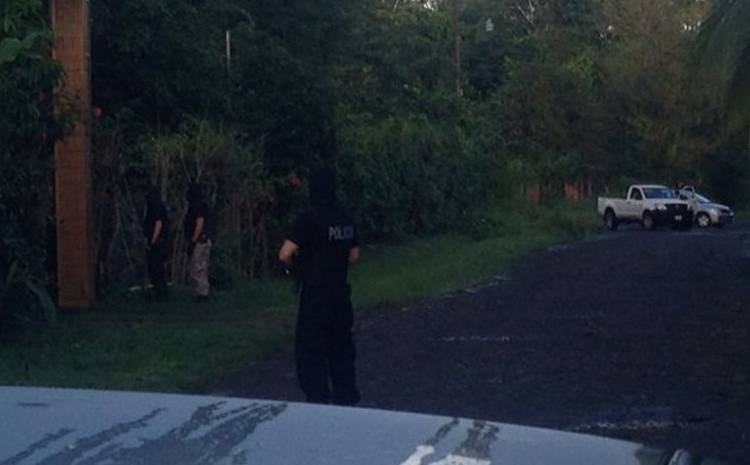 In a series of early morning raids, the Organismo de Investigación Judicial (OIJ), put a dent to a criminal organization of drug traffickers that moved illegal drugs by helicopter from Costa Rica to Nicaragua.

The leader of the group is alleged linked to the helipads and drug processing camps discovered during the last couple of weeks in the northern and Caribbean zones of the country.

With the support of the speical tactival and weapons unit – the Servicio Especial de Respuesta Táctica (SERT) – authorities were able to detain a man identified as Marín Navarro, aka as “Pellejo”, alleged leader of the gang.

Arrested also was an official of the Fuerza Publica (police) who is suspected an informant to the traffickers. The arrest was made in barrio San Rafael de Siquirres, the name of the official was not released to the press.

Authorities theorize that the criminal organization had ties to Mexico’s drug cartels. The group would receive drugs and weapons from Colombia and responsible for transport to Nicaragua, where it would then be moved to Mexico and the United States.

QCOSTARICA - The United States has eased travel advisories for most Central American countries, with the exception of Costa Rica and Nicaragua, according to...
Tourism