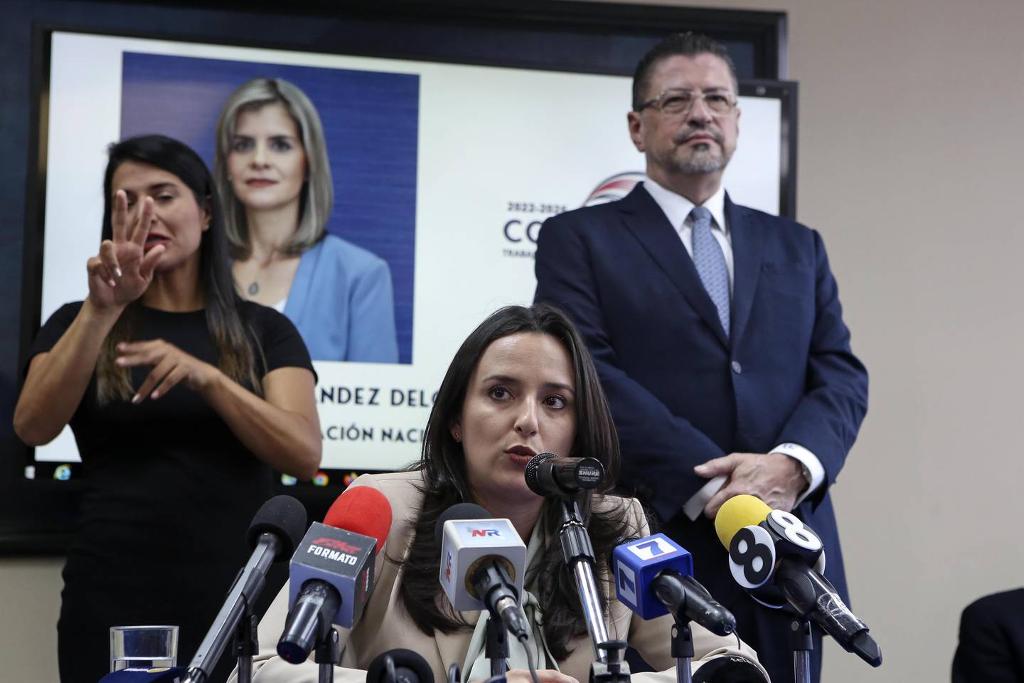 QCOSTARICA – In a “no he didn’t say that” moment, the Ministra de la Presidencia (Chief of Staff), Natalia Díaz, explained that there was a misinterpretation of the statements issued by President Rodrigo Chaves, on Sunday, May 8 because, in her opinion, the president never said that he would eliminate mandatory vaccination against covid-19.

The decree signed by Chaves on the day of the transfer of powers, and published on Wednesday in the official newspaper La Gaceta, did not eliminate the mandatory vaccination, rather urging employers, private and state, not to sanction with dismissal those who do not immunize themselves.

The suggestion has raised doubts among jurists about its legality.

On Sunday, the president said the following: “I signed two decrees related to covid. As of its publication, only officials and workers on the front lines of public health will be required to wear a mask and be vaccinated. The rest of the people, including children in schools, will be able to choose whether they want to protect themselves with masks or not; the same with compulsory vaccination. There are people who do not want to be vaccinated. We removed the ability for them to be fired from their positions.”

While we have the president’s statement on video, clearly stating that compulsory vaccination was out, the actual text of the decree signed by the president was not made available, not until it was published in La Gaceta.

On Thursday, when asked if the decree underwent any modification between the day of signing and the date of publication, Minister Díaz replied: “The decree that was signed was that of Sunday, you saw the act. That was a misreading of some of the president’s remarks on Sunday.

“He spoke of the sanctions themselves, not necessarily of the obligation. On that subject, he (Chaves) has already referred to it, we already have the Minister of Health (Joselyn Chacón) and she is the spokesperson in these aspects; she is the person to refer to the subject. What I am telling you is that there is no bad faith, they have been signed accordingly, they have been published accordingly and that was the process”.

On Wednesday, although the published decree did not repeal the mandatory nature of the vaccine, Chaves again said, referring to the vaccination and again recorded on video, “This government respects the autonomy of the will of Costa Ricans, that is, their freedom. In that sense, we have issued a decree that allows you to exercise that will in your individual and personal way.”

In her statements to the press, the Chief of Staff maintained that the process took place with transparency.

This last bit is added to the other “mistakes” by Casa Presidencial or “misinterpretations” by the public and the press.

Read more: Rodrigo Chaves has had a “disorderly and run over” start

- Advertisement -
Paying the bills
Previous articleRecope refuses to propose an adjustment amount for fuels
Next articleLabor: Companies can maintain mandatory use of the mask if they wish