The daily flight will leave the Juan Santamaría airport in San José at 5:50am and arrive in the Caribbean port city at 6:20am. 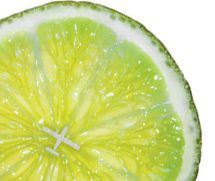 According to the airline, fares start at US$48.

In addition, the airline will have a Limón – San José flight with a stop in Tortuguero. This flight leaves Limón at 6:30am and arrive in San José at 7:25am.

“We are very excited to launch this new route and become part of a new tourist trend. By facilitating transportation to this region we aim to expose as many people as possible to culture, music, cuisine, language, art and people in this province,” said Alex Khajavi, founder of the company.

QCOSTARICA - The President of Costa Rica, Carlos Alvarado, described the persecution of Nicaragua President Daniel Ortega against opponents as reprehensible after the government...
Environment