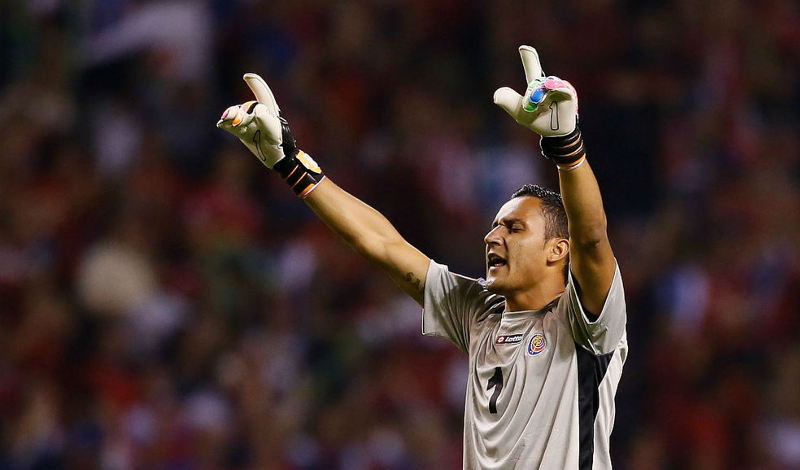 COSTA RICA NEWS – Costa Rica’s goalkeeper extraordinaire goalkeeper Keylor Navas, a native of Perez Zeledon, is headed for Spain, having agreed to a deal to play with the Real Madrid.

It was a natural for Navas to be courted following his outstanding World Cup 2014 play, helping Costa Rica’s national football team, La Selección, go undefeated five games, including against World Cup champions Uruguay, Italy and England the Ticos fell in a penalty shootout to the Netherlands in the quarterfinals.

Navas was one of the sensations of the World Cup in Brazil, where Costa Rica made history by reaching the quarterfinals for the first time in its history.  He was voted man of the match in three of the five matches he played — England, Greece and the Netherlands.

“Closed last week. Eight of the ten million clause is for Levante and 2 for the 27-year-old Costa Rican keeper,” the newspaper said.

According to Marca, the transaction will be sealed in the coming days, the time it takes to organisz a transfer for keeper Diego Lopez to another club, possibly Napoli in the Serie A or French Ligue 1 side Monaco.