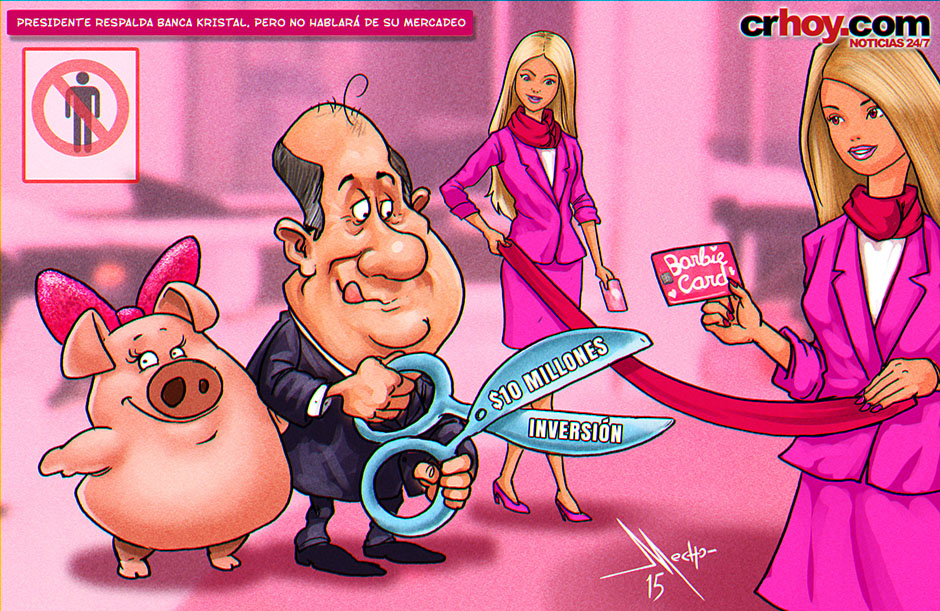 QCOTARICA – The social media is dubbing the new bank for women by the Banco de Costa Rica, the “Barbie bank” of its use of pink in the style of a Barbie world, and a “princess castle” at the City Mall branch, to promote the brand.

Critics of the new “Banca Kristal”, targeting women in the country, was even questioned by Costa Rica vice president Ana Helena Chacon, for reproducing stereotypes about femininity.

“I approve of all affirmative action that promotes women … the decor of the place is an issue that highlights stereotypes that must be overcome,” Chacon said yesterday to La Nacion.

For the part, the vice president of BCR, Monica Segnini, through your Facebook account, offered an apology to women who might feel offended by or considered mismanagement of the campaign.

Meanwhile, the manager of corporate relations at the BCR, Kattia Morales, defends the US$10 million dollar investment, saying “It is natural that the public reaction in this way, because it is a product that is not yet known and which they are familiar.”

Although many agree with the move by the Banco de Costa Rica to provide special services for women, the same disagree with the way they are going about it.

Experts in communication agree that the message by the bank may generate a very different from expected result.

The majority of the women interviewd by the Spanish language newspapers like La Nacion and La Republica rejected the brand.

The social media has already thrown its first round at the new banking unit.

- Advertisement -
Paying the bills
Previous articleFire Almost Melts Ice Rink At The National Stadium
Next articleYes, There are Chinese in China Town

Problems in the BCR system generated queues at Immigration posts

QCOSTARICA - A "temporary problem" in the system of payment and...
Read more

Q24N (EFE) The Government of El Salvador has publicly...
Health