The new legislative building under construction in downtown San Jose is seen as a bunker, where the legislative process is hidden behind closed doors and isolated from the people. 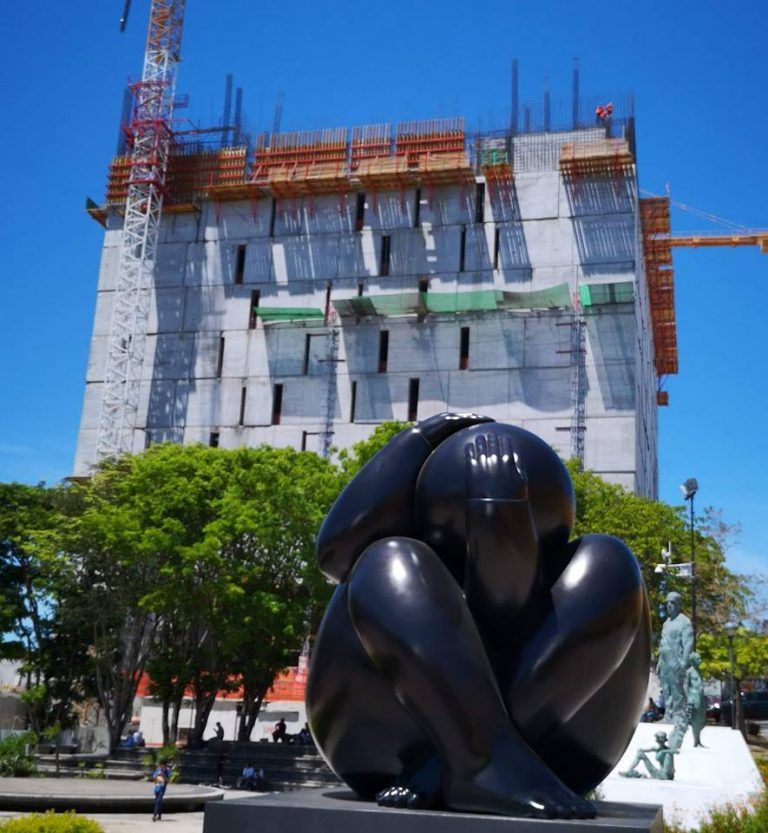 The expressions that Costa Ricans use to refer to the new Legislative Assembly building, which is currently being built on the north side of the Plaza de la Democracia, are incalculable.

It seems that with the exception of designers and builders, many feel that this building is “a monument to a mistake.”

Because it is not only about how ugly the concrete box that can now be seen is seen, but its model and design allow us to appreciate many problems from many points of view.

The main is that in the middle of a natural and heritage landscape, with parks (National Park and Plaza de la Democracia mainly) and old buildings of heritage (the buildings that make up the same Legislative Assembly and others of the area such as the portentous National Museum, the new Jade Museum and other smaller ones), this block of concrete undoubtedly lies.

Also architects, heritage specialists, engineers and designers see the building as a “mamarracho” – just as horrible – that affects the visual geography of the urban landscape of that area of San José.

Another is the absence of natural light that is noticeable as the building rises, where visible are small openings to allow in sunlight instead of big windows. Many believe the building will be an energy consumer.

QCOSTARICA - For drivers headed to or from Limon,...
Infrastructure