HealthToday Costa Rica
By Rico
4 May 2015 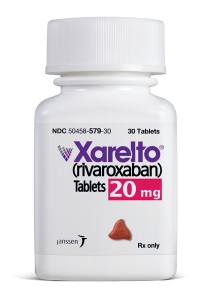 Xarelto (rivaroxaban) is an anticoagulant (blood thinner) that prevents the formation of blood clots.  It is used to prevent or treat a type of blood clot called deep vein thrombosis (DVT), which can lead to blood clots in the lungs (pulmonary embolism).

Xarelto is also used in people with atrial fibrillation (a heart rhythm disorder) to lower the risk of stroke caused by a blood clot.

The German drugmaker Bayer brushed off concern that Xarelto may be losing market share to rival Bristol-Myers Squibb’s Eliquis in the United States, telling analysts during a conference call on Thursday that Eliquis was taking business from warfarin and other drugs, but not from Xarelto.

It also raised its forecast for Xarelto’s 2015 sales growth to 30 percent.

QCOSTARICA - The increase in covid-19 cases and hospital...
Reports