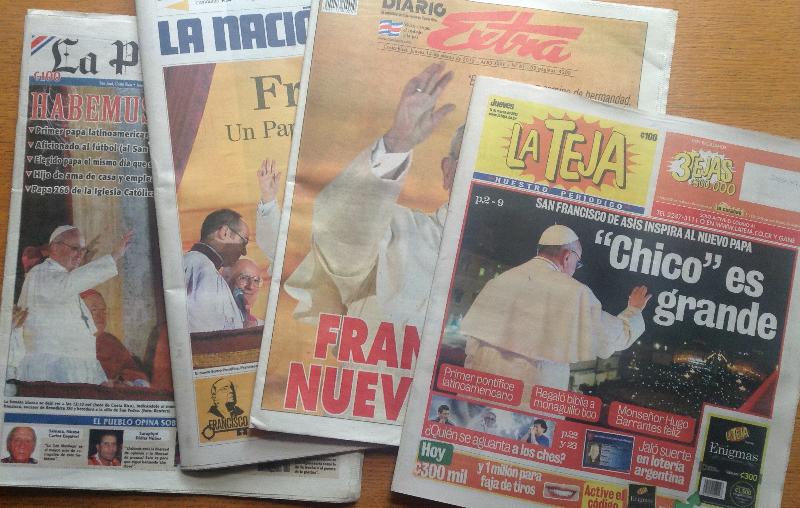 The choice of Pope Francesco  (Francis) was unsurprisingly greeted with huge, enthusiastic coverage in the newspapers of his home country, Argentina. Almost all of them carried the same front page picture of Jorge Mario Bergoglio smiling and waving to the crowds outside the Vatican. 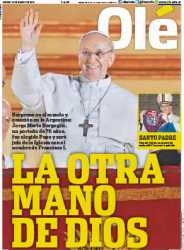 The papers in Brazil, which is reputed to have the world’s largest Roman Catholic population, also devoted full front pages to the new Pope.