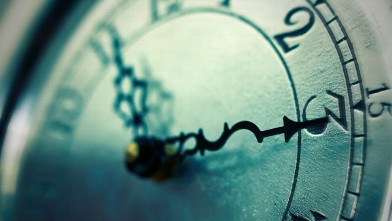 If you are like me, having lived in Costa Rica for a long time, you may not have realized that Daylight Savings Time kicked in this past weekend.

Thus, today, we are two hours behind Eastern time (ie New York, Miami, Toronto) and one hour ahead of the Pacific (ie Los Angeles, Vancouver).

Dailylight Savings Time, which is not observed in Costa Rica, started on Sunday March 10 and continues through November 3.

Here are five things you might not know about daylight saving time.

The Department of Energy studied the energy savings in 2008. They found that during daylight saving time, U.S. electricity use decreased by 0.5 percent per day, which added up to 1.3 billion kilowatt-hours, enough to power about 122,000 average U.S. homes for a year.

Daylight Saving Time Begins in March and Ends in November
From World War II until recently, the seven-month period of daylight saving time in the U.S. ran from April until mid-October.

But in 2007, Congress adjusted daylight saving time to begin three weeks earlier and end one week later, a move they hoped would help save energy. At the time, they pointed to the fact that longer daylight in the evening hours reduced the need to turn on lights in homes at night.

Not All US States and Territories Observe Daylight Saving Time
The majority of the U.S. loses an hour of sleep when the time switch occurs. With the exception of the Navajo Nation in the northeastern part of the state, Arizona has not been moving their clocks forward like the rest of the country each spring.

According to an Arizona Republic editorial in 1969, the reasoning behind not springing forward was due to the heat.

“The above data [sunrise and sunset times and average temperatures during the summer months from the U.S. Weather Bureau] clearly show that we must wait until about 9 p.m. DST to start any night-time activity such as drive-in movies, moonlight rides, convincing little children it’s bedtime, etc. And it’s still hot as blazes!” the editorial stated according to the Arizona State Library, Archives and Public Records.

Aside from Arizona, Hawaii, American Samoa, Guam, Puerto Rico, Northern Marianas and the Virgin Islands do not move their clocks forward.

Time Changes Can Impact Body
It’s just one hour but the time shift and stress caused by time changes can be bad for the body. Researchers in Sweden reported in 2008 in the New England Journal of Medicine that the number of heart attacks jumps during the period immediately following time changes, and that those vulnerable to sleep deprivation should be extra careful.

“More than 1.5 billion men and women are exposed to the transitions involved in daylight saving time: turning clocks forward by an hour in the spring and backward by an hour in the autumn,” wrote Imre Janszky and Rickard Ljung, health and welfare researchers in Sweden. “These transitions can disrupt chronobiologic rhythms and influence the duration and quality of sleep, and the effect lasts for several days after the shifts.”

QCOSTARICA - Fifteen months after the national emergency against covid-19 was declared, Costa Ricans will have a digital platform where you can be notified...
Turrialba