(QCOSTARICA) Data from the Costa Rican Chamber of Distributed Generation (Cámara Costarricense de Generación Distribuida) reveal that in the country there are 2,000 roofs with solar panels for electricity generation, while another 1,000 are about to be installed in the coming months.

However, the number of people interested in taking advantage of solar energy to lower their electric bill could increase in the coming years if the new proposal for a Regulation for Distributed Generation for Self-consumption with Renewable Sources is approved and implemented.

At this time, the document that would eliminate some of the red tape that has impeded the growth of that activity was put into consultation by the Ministry of Environment and Energy (Minae), explains William Villalobos, legal adviser to the Chamber.

One of the main changes, according to Villalobos, is that the new regulation introduces two new generation models, which would open up a range of options and lower costs for those interested in installing solar panels on their roofs. 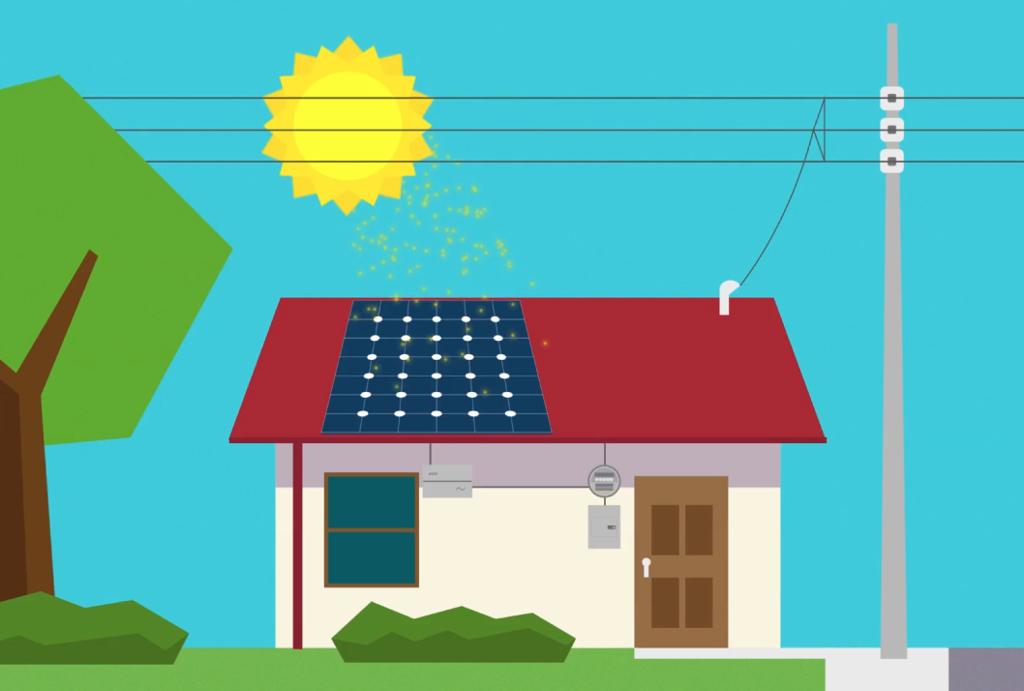 The expectation is that within five years, the generation of energy through the sun will reach 5% of the national electrical matrix. According to information from the Instituto Costarricense de Electricidad (ICE), it is currently 0.9%, although in 2015 it was only 0.1%.

Currently, if a person wants to install solar panels to produce their own solar energy, the current regulation allows them to operate in two ways.

In the second modality, the user faces two problems: the existing regulation establishes a cap of 15% of solar panel systems for each electrical circuit, if the location where they live has already reached that limit, it will be a problem.

Furthermore, based on the 2015 regulation, when an owner generates more energy than they consume, the surplus goes to the electricity distribution network, but the regulation only allows to obtain only 49% of it back.

Villalobos explained that the new regulation would enable the installation of panels without injecting the surplus into the network, which would diminish the importance of the cap system. In those cases, the owner can install storage batteries for later use.

Also, it eliminates the 49% rule for new contracts and forces electricity distribution companies to publish the percentage of caps for each circuit.

Another variation is that a person or company could generate energy in one location, but consume it in another.

For example, if an apartment tower in San José does not have enough roof area to produce electricity from the sun, the owner can decide to use a property in their name in Puntarenas to install the solar panels and transfer it to the San Jose property for use.

“More and more, human beings want to be the producer of their own electricity (…) very important projects such as electric trains are coming and the country is going to require greater and better conditions of electrical demand, there are more electric cars and recently the use of electric buses has been announced, even the Aresep (Public Services Regulatory Authority) has already approved a rate for this type of service,” said Villalobos.

For the Minae, the intention of the new regulation is to promote the generation of solar energy, as well as to strengthen and diversify electricity production from renewable sources, according to Rolando Castro, vice minister of Energy.

“We seek to learn from the lessons given by current regulations, take advantage of technological advances and clarify, even more, the relationship between subscribers and distribution companies so that there is more transparency. We also seek to promote this type of generation, keeping a balance to guarantee the security of the national electricity grid,” Castro declared.

In this relationship, the National Center for Energy Control (Cence) would play a fundamental role in resolving possible differences based on technical criteria.

The Chamber calculates that the cost of installing solar panels in a house where four people live ranges from US$8,000 to US$12,000, which would result in savings on the electricity bill of up to 60%.

Previous article“This is just the beginning”: Anonymous begins attack on Nicaragua institutions
Next articleA day in Costa Rica in 2040

QCOSTARICA - For the third consecutive night, the Ruta 32, which...
Read more

QCOSTARICA - Following is a translation of the editorial in La...
Read more

QCOSTARICA - The building that housed the Key Largo adult entertainment center, in the heart of San José, will have a new facet: it...
National

QCOSTARICA - The bridge located on the Ruta 27 in the area of the Forum de Santa Ana continues to represent a danger to...
Farandula

RICO's COVID DIGEST - While for many bringing back the vehicle restriction measures on the weekends was a surprise, not here, I expected that...
Entertainment