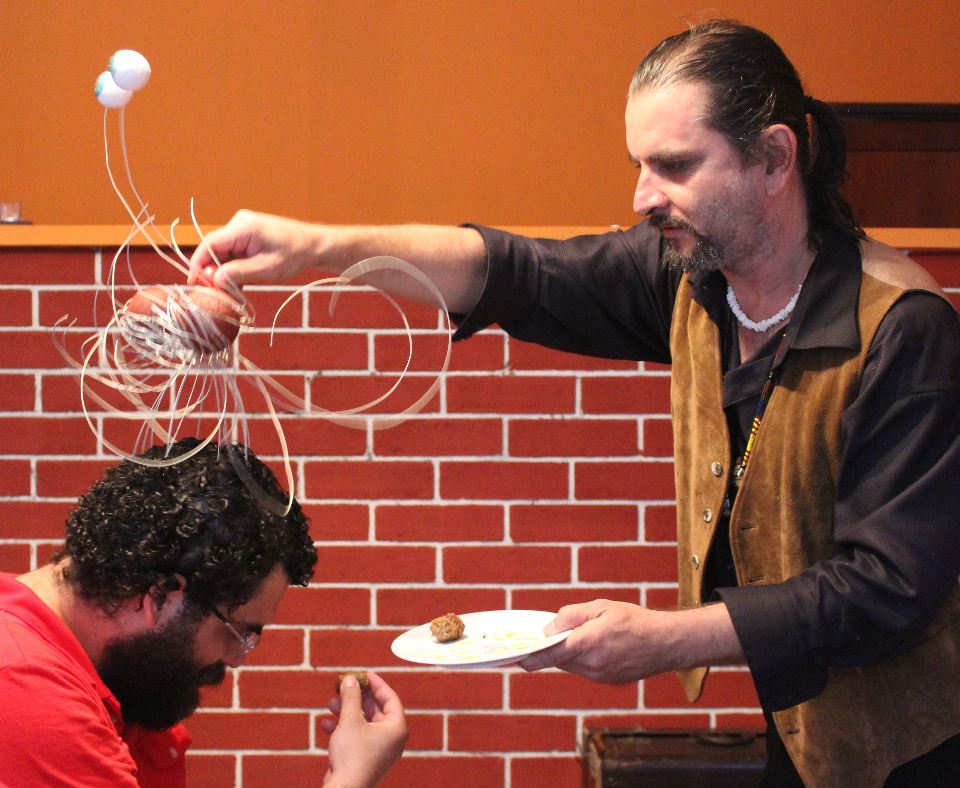 COSTA RICA NEWS — Pastafarianism (a portmanteau of pasta and Rastafarian), a movement that promotes a light-hearted view of religion.

They have a strange name, very different beliefs, some even funny, others absurd. Simply, Pastafarianis is a new religion that worships the Flying Spaghetti Monster (commonly abbreviated as FSM) initially created to protest the Kansas State School Board’s decision to teach “Intelligent Design” in schools.

“The Pastafarian conception of Heaven includes a beer volcano and a stripper factory,” from the Church of the Flying Spaghetti Monster. For more go to AFTERBIZIFE[/su_pullquote]Some call it a “hilarious and satirical movement”.

In Costa Rica, the religion goes under the name “Nueva Iglesia Pastafari de Costa Rica” (New Pastafari Church of Costa Rica), founded by its religious, leader José Castro, who welcomes all who wish to learn about and share the faith with him and his group of followers, regardloss of dogmas, races, sexual preferences and other labels.

“For us it is a belief system that as a churchit  is something you expected to  be respectes, taken seriously,  but it is also a church  that is partly facetious, that has all the merits and rights as any other, ” says Castro.

Pastafarians in Costa Rica meet every fifteen days, prepare and share spaghetting with meatballs. “It is similar to what is done in Catholic worship, we eat our God and done as type baptism, we chat and spend time in the company of people who think alike, it’s very nice,” said Castro. 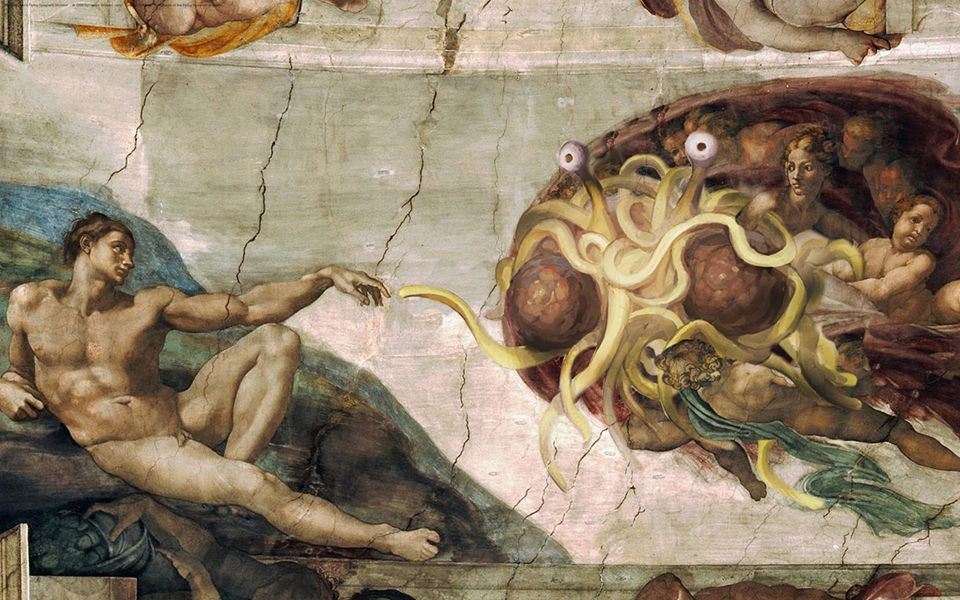 The Costa Rican group, according to Castro, has adopted the core beliefs of the Flying Spaghettin Monster in the U.S., including that it is not necessary to believel all the standards of doctrine, it is open to people to believe or not.”

“As in the Catholic religion, Catholicism does not require people to literally believe in the Bible, but that doesn’t mean they aren’t True Christians. We (Pastafarians) have our belief system and not require them to those involved  to believe exactly the things proposed, ” says Castro.

On its Facebook page, the Neo Pastafarian Church of Costa Rica describes itself (in English) as: “We are an open source church fully downward compatible with the church of the Flying Spaghetti Monster, as revealed to us by Bobby Henderson. ” The rest of the content of the page is in Spanish.

Their principles and beliefs are:

Although adherents describe Pastafarianism as a genuine religion, it is generally seen by the media as a parody religion.

On the Church of the Flying Monster website – Venganza.org – it explains that Pastafaroans ar not anti-religion. “This is NOT an atheists club. Anyone and everyone is welcome to join our church including current members of other religions. In addition to the Atheists, Agnostics, and Freethinkers who have joined us, we have a number of Christian (and Muslim, and Hindu and Buddhist …) members and I would love to have more. Note to the religious: You are welcome here.”

Is it a joke? It’s not a joke, says the website. “Elements of our religion are often described as satire and there are many members who do not literally believe our scripture, but this isn’t unusual in religion – it’s only more obvious in the case of our particular religion. A lot of Christians, for example, don’t believe the Bible is literally true – but that doesn’t mean they aren’t True Christians. If you say Pastafarians must believe in a literal Flying Spaghetti Monster to be True Believers, then you can make a similar argument for Christians. There is a lot of outlandish stuff in the Bible that rational Christians choose to ignore. We do the same with our scripture. This is intentional.”

Do followeres really believe? Some Pastafarians honestly believe in the FSM, and some see it as satire. I would just make the point that satire is an honest, legitimate basis for religion. Satire relies on truth to be effective. If it’s a joke, it’s a joke where to understand the punchline you must be conscious of underlying truth

As a cultural phenomenon, he Church of the Flying Spaghetti Monster now consists of thousands of followers, primarily concentrated on college campuses in North America and Europe. And now Costa Rica.