Q COSTA RICA – The new San Jose international airport that will be located in Orotina, west of the current of airport, will start operating in a decade, in 2027 on the most optimistic scenario and 2032 in the worst case scenario, with traffic capacity of 7.8 million passengers, and an initial investment of US$1.932 billion dollars

El Mastate, Coyolar and La Ceiba are the communities in the canton of Orotina that are suitable for hosting Costa Rica’s new international airport, according to the Cetac.

Landowners in these communities,.ptimistic that the project will increase the value of their farms, will be in for a surprise as the ensures both parties a fair price. At least from the government’s point of view.

To further avoid speculation to bring up the price of the construction, another Decree inclues all activities related to the construction of the terminal, also declared of public interest.

Carlos Segnini, general coordinator of the project, explained that the technical report, made by the British firm Mott Macdonald, established a budget of US$41.3 million for the purchase of the farms needed for the airport development.

In addition, a list of potential landholdings was drawn up, that includes the land plans for each one and the names of their owners.

However, the final cost of the land purchase may be double that. According to Segnini, who in the early years of this Administration served as Minister of Public Works and Transport, explaining,  “That value ($41.3 million) will grow to double Why? Because there is a failure in our legal system and people do not declare the real value of the land (…) We have an uncertain scenario, that is An indicative amount and certainly the amounts are going to go up.”

A look inside the new airport if and when it gets built. (Photos Casa Presidencial). 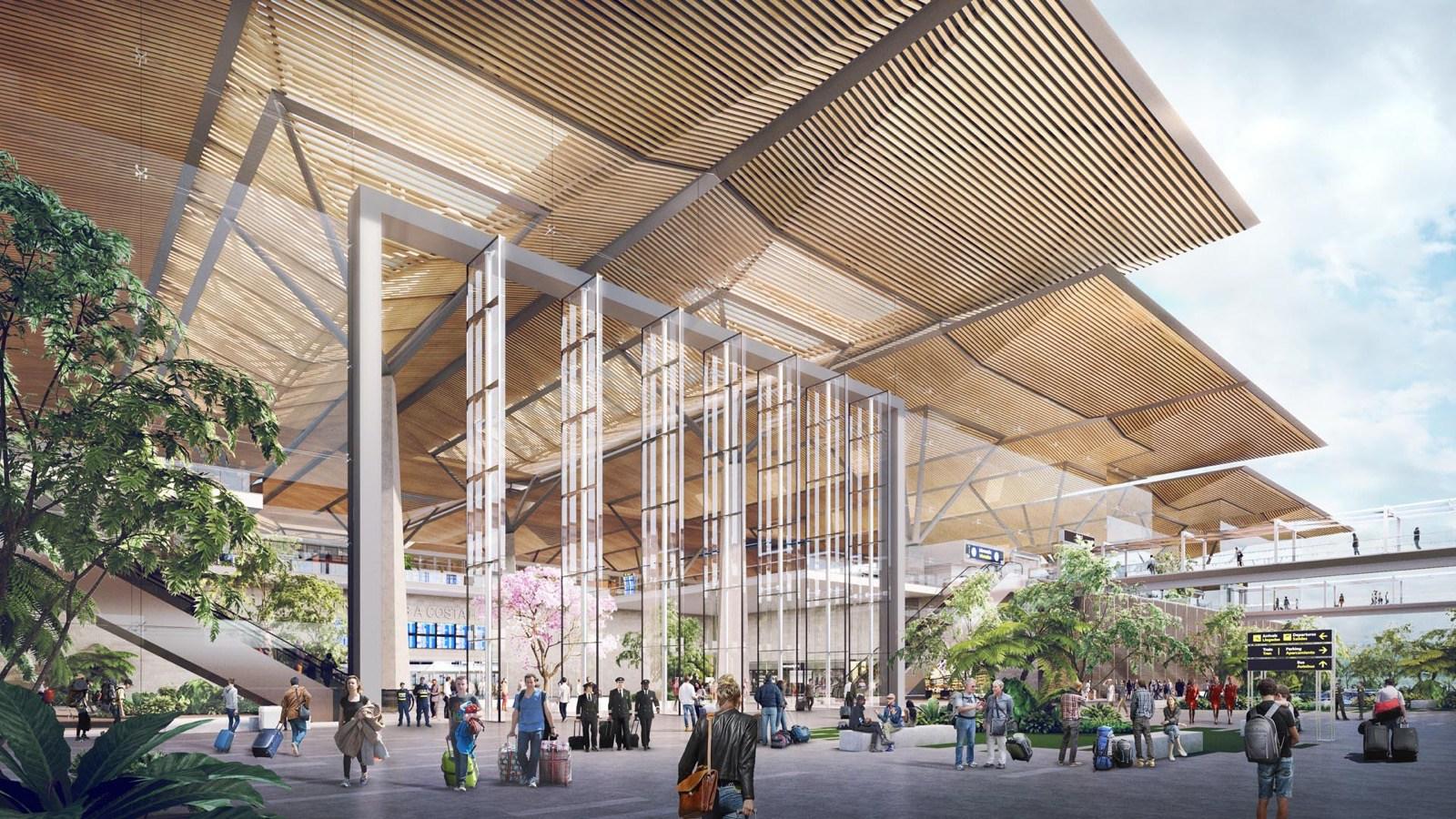 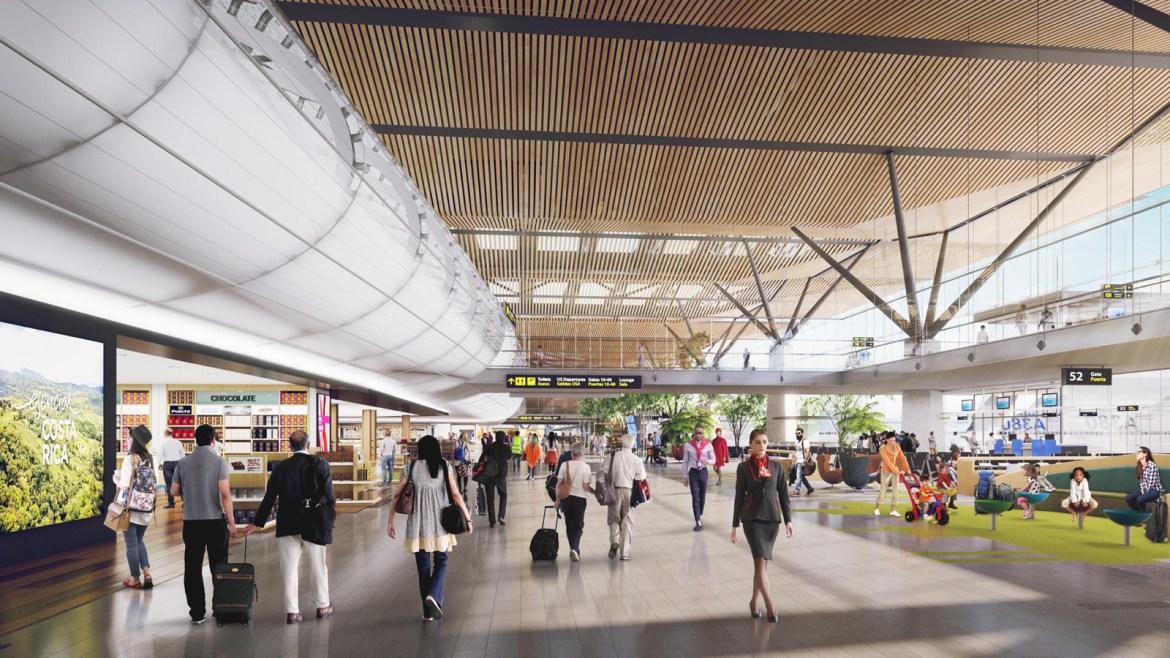 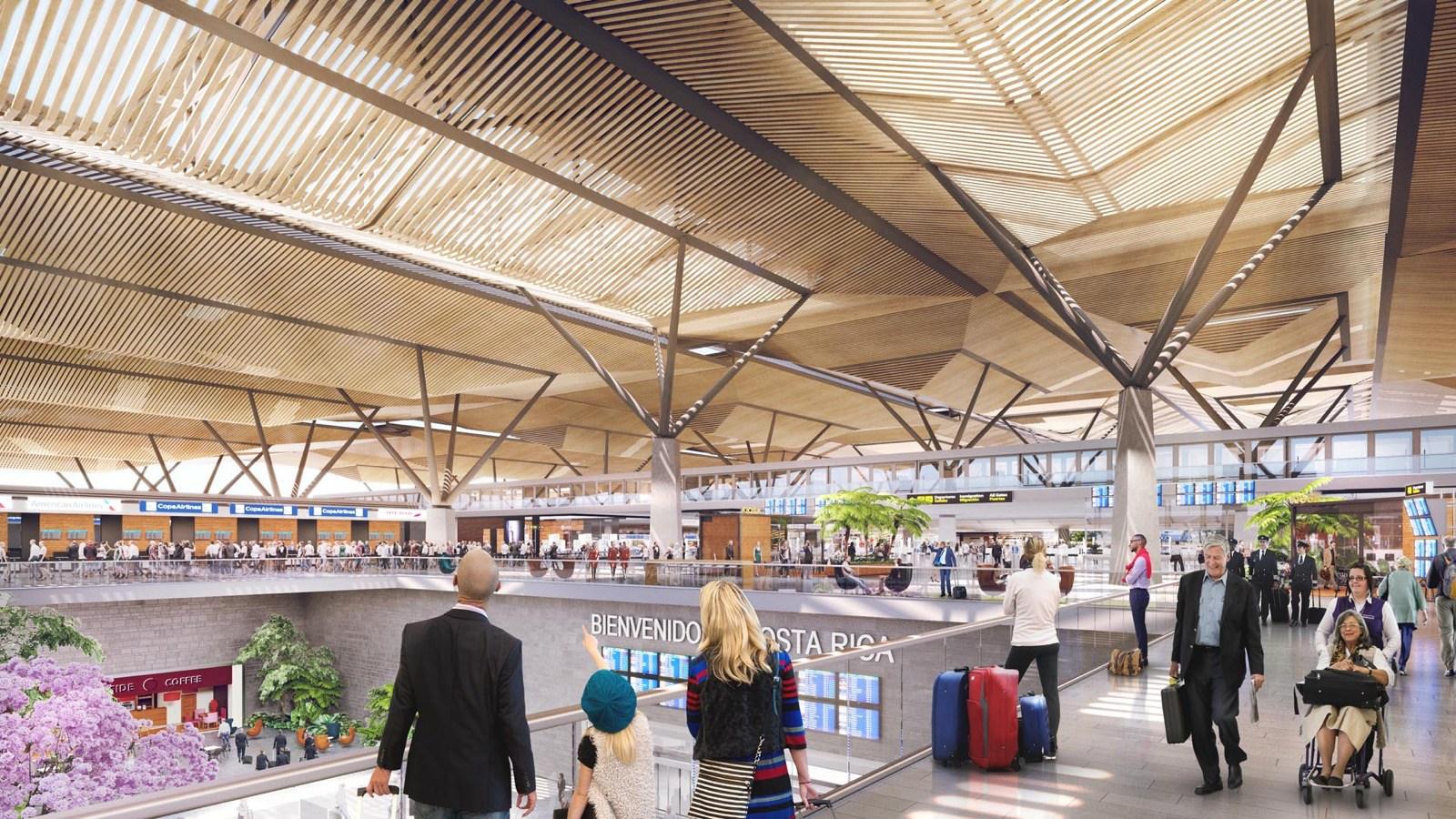 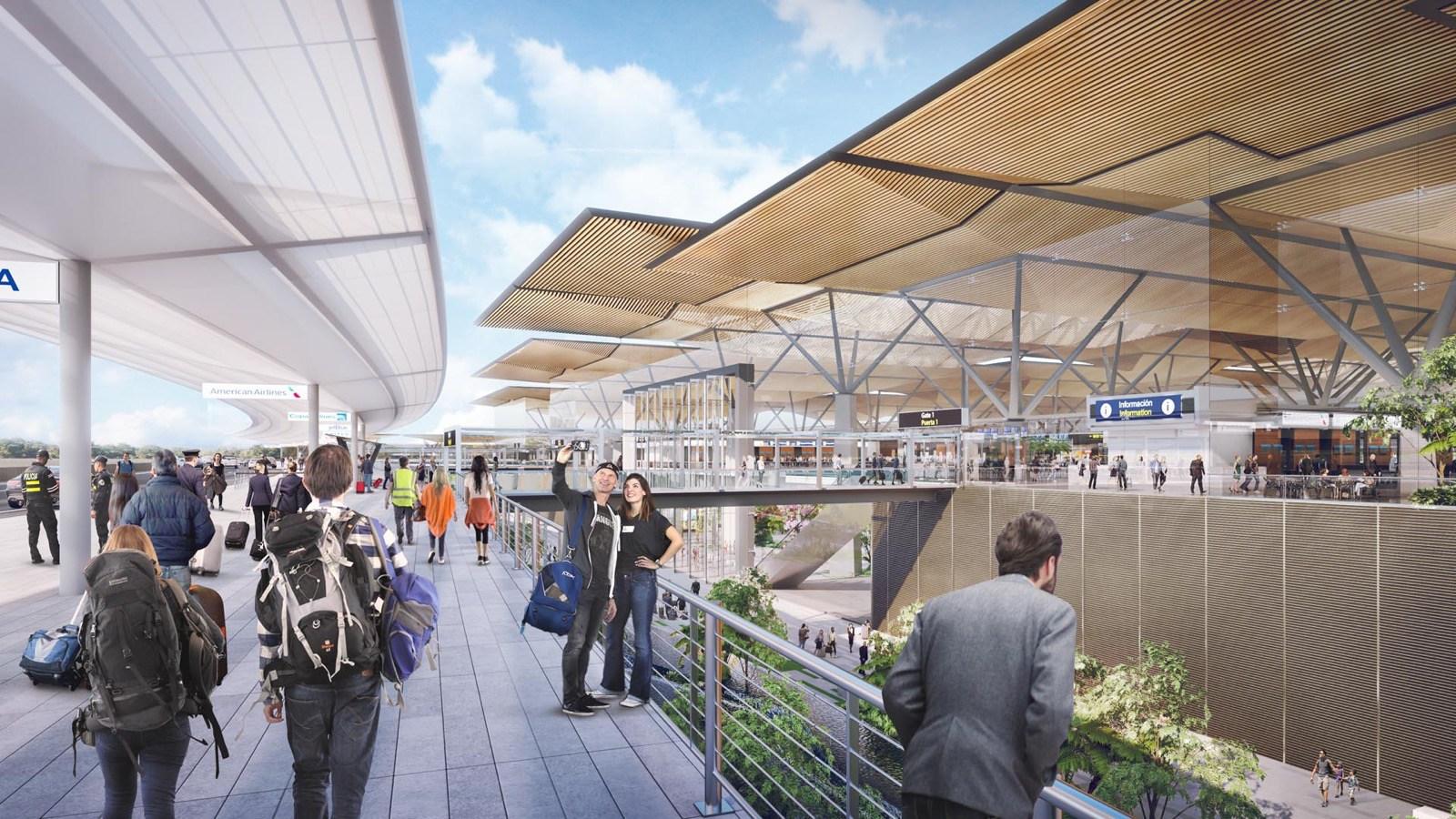 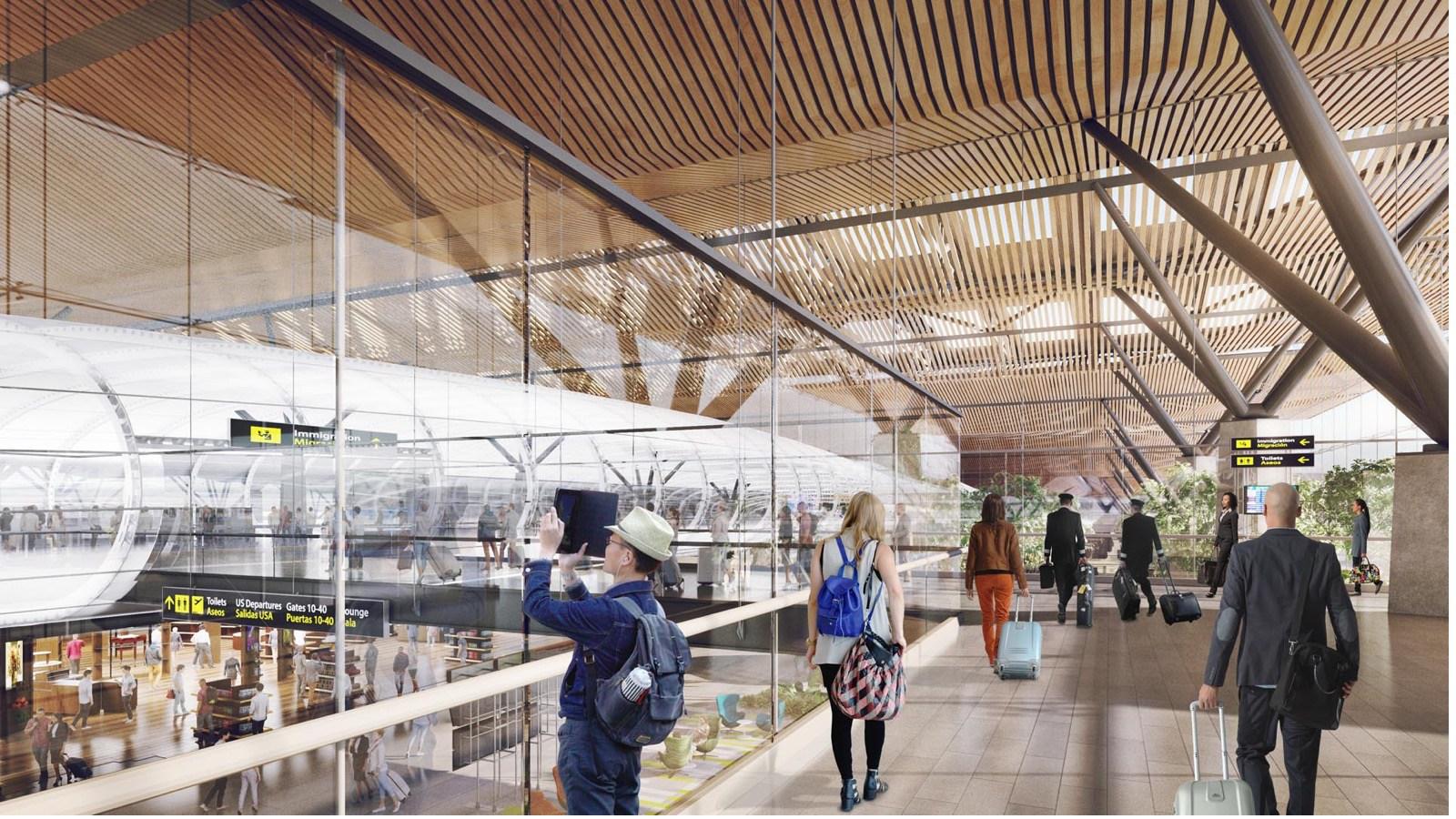 The estimate is that by 2047 will the country’s airports will see 20 million travelers, which would generate 80,000 direct and indirect jobs.

Though the plans call for an opening date of 2027 (the earliest), Eduardo Montero, vice-president of the Cetac asks, “If it has taken 20 years to build a highway, how are they going to build an airport in nine years?”

The authorities emphasized that Orotina airport should be financed through a public-private alliance, as the state does not have the resources to lift the work.

In order to ensure the smooth functioning of the new airport, it is important to carry out investments in road and railway infrastructure works, such as the expansion of Ruta 27, the construction of the Western Highway Interconnection Corridor and improvement and maintenance of rutas 131, 137, 755, 713 and 756. Also necessary is building rail access, as recommended in the master plan.

When the first phase is concluded, traffic of 7.8 million passengers is estimated; After 20 years this figure increases by 15.2 million and will contribute US$1.5 billion to GDP, determined the study.

What will happen to Juan Santamaría?

For now, the Santamaria is still growing and in recent months the airport administrator, Aeris, announced an investment of US$100 million for the coming years.

This investment includes the extension of the runway with a new taxiway, for which, last month Aeris took possession of the land where the well-known restaurant La Candela had operated for decades.

However, since the beginning of the idea for the construction of a new international terminal, it was determined that Alajuela airport would be left to serve local flights, receive small planes and jets, as well as serve as a maintenance and repait center for airplanes.

That would mean the closure of Tobias Bolaños airport, located in Pavas.